It’s time for a significant announcement that will affect the way you play WARMACHINE & HORDES! If you have been paying attention to some of my hints and nudges on various social media recently, we have had big plans for WARMACHINE & HORDES in motion for several months now. We now have a rough timeline for and the scope of the multitude of model rules changes we’ll be delivering over the next few months in the form of a dynamic update. This Insider will go over exactly what is happening, when, and the rationale for making the significant changes to come.

Let’s start with scope. About half the models in WARMACHINE & HORDES are going to be seeing adjustments. While some adjustments will reduce the power of particular models, most will be bringing the bottom ones up to the current standard. We’ll also mix in some quality-of-life rules changes that aren’t designed to make the models stronger or weaker but are instead intended to smooth out playing with them.

Not all Factions will undergo the same level of adjustment during this dynamic update. Infernals and Crucible Guard are two Factions that will see very few changes; however, Cygnar, for example, currently has at least fifty-five planned changes to the Faction.

And in the case of Cygnar, to expand on the example, the vast majority of those changes—forty-six of them—are exclusively point value and quality-of-life changes (i.e., things like standardizing rules language and the unit types of models). All Gun Mage models will be gaining the Gun Mage keyword, for example, as is logical. Wherever we can, we are targeting confusing rules or rules that have unforeseen loopholes that we can close now.

Why are we planning such major changes for the game right now? First, the timing is solid. Events and Organized Play are just starting to reopen, and in our new COVID-inspired product release cycle, we don’t have any new WARMACHINE & HORDES models coming out between the release of the zero-level warlocks and next year. But even without immediately pending releases, our attention is always on WARMACHINE & HORDES, so we are constantly taking notes from the community’s feedback. So, even though we are immersed in Orgoth development right now, we want to take the time and opportunity to tune the gameplay environment so that things play as smoothly as we all want them to be in the coming months.

The ultimate goal of these updates is to balance out models that may have wandered into the wild being a little too powerful while bringing models that don’t see as much play up to a competitive level. The “nerfs” will come first so we can set the bar for the other positive adjustments that will follow. And while some models that have really been bullying infantry and living models out of the game are getting looked at with a critical eye, we want to make sure no model sinks from being a top dog down to the bottom of the barrel. 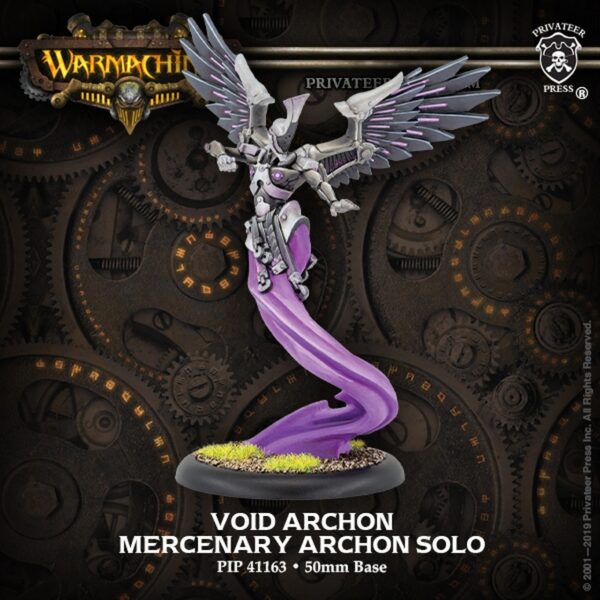 As a point of reference, while making these adjustments, we are aiming for a similar level of power to the upcoming zero-level warlocks. Not everything can get to those standards with point value changes alone, of course, but that’s the standard we are attempting to balance everything to. (If you were feeling Makeda 0 was a bit lackluster due to Masters of War being a difficult theme list to play in, this update will be making that argument far from valid!)

In fact, all of the zero-level warlocks were developed with this update in mind. Krueger 0 helping living warbeasts was very much considered in light of pending changes to Circle’s living warbeasts. Madrak 0 was designed to be surrounded by infantry, and most Trollblood infantry will be seeing changes to make that possible. Barnabas 0 giving a buff to Gatorman Posse was developed in anticipation of upcoming changes, and Thagrosh 0 should have a wider selection of useful animi available to him after this update.

So, all that brings us to the timeline. The target date for the update is October 25th. We are intentionally aiming for a Monday so players have time to familiarize themselves with the changes before any major upcoming events. It will be all inclusive, and significantly more models will be increasing in power than those listed below.

Because we know that there is nothing more nerve-racking than not knowing whether or not your favorite model is about to get a haircut, here is a list of models that will being reduced in power come October 25th (and remember, these are the only adjustments that reduce the power of models; everything after will be rules clean-up or increases in performance):

Dawnguard Trident Build Up Power goes from D3 to 1

Corollary Power Transfer must target another model in its battlegroup.

Full Force – The POW of blast damage caused by a weapon with Full Force is equal to the POW of the weapon.

Gallows Grove is no longer living

Hoof It – RNG CMD. Target friendly non-warlock non-warcaster living Faction model/unit. If the model/unit is in range, affected models that did not run or fail a charge this turn can make a full advance at the end of this turn after all friendly models have ended their activations. During this movement, affected models cannot be targeted by free strikes.

Death Archon increases PC to 9 (+1), decreases RNG to 2 (-1), and Carnage Incarnate grants Divine Inspiration instead of Annihilator. Vendetta changes (and would also affect Lanyssa) to additional die rather than a boost.

The following abilities grant blast resistance instead of immunity to blast damage:

Blood-Bound only effects made during the activation. This affects the following models: Legion of Lost Souls, Lantern Man, and The Devil’s Shadow Mutineers

Blood-Bound – When this model destroys a living enemy model with an attack during its activation, after the attack is resolved you can return one destroyed model in this unit to play. Place the returned model completely within 3˝ of this model. The returned model cannot activate the turn it returns to play. The destroyed enemy model is removed from play and does not provide a soul or corpse token.

The spell Iron Aggression now must target a model in the caster’s battlegroup. This affects the following models: Axis 1, Magnus 1, and Stryker 3

Windstorm, Flying High, Sandstorm, Long Shadows, Phantasm, and Rough Seas add “…to a minimum of 8˝ after RNG. The rule Flying High below is an example of the change.

Flying High – Ranged attacks targeting this model with a RNG greater than 8˝ suffer –3 RNG to a minimum of 8˝. Friendly models can advance through this model if they have enough movement to move completely past its base. This model loses Flying High if it loses Flight

Flame In the darkness

3 Battle Priests is no longer a req option

Angel unit is no longer a req option

Initiates of the Wall is no longer a req option

Alexia 2 and Stannis are no longer req options

Basilisk Krea is no longer a req option

Hellmouth is no longer a req option

Change is scary, but we have always embraced a philosophy that it’s better to strive for a better play environment for the entire community than to let problems or outliers negatively impact the way players experience WARMACHINE & HORDES. The forthcoming adjustments are coming after a great deal of analysis and consideration and, most important, are based on feedback we have received interacting directly with the player community. Our goal, as always, is to provide you the best possible gaming experience. We’ll look forward to meeting you on the tabletop again very soon!