Listen up you Sneckers! There’s a storm brewing at Warlord Games, and we need you to get creating simps to throw into the meat grinder!

Judge Dredd is just around the corner – another delve into the 2000AD archives for some knuckle-biting skirmish action from renowned designer Andy Chambers. In the run-up to the release, we’re heading back into the time-bending, rad-soaked wastelands of Strontium Dog!

Every job can bring new characters into contact with your band of fighters, whether they are friends, hired help, innocent bystanders, rivals or sworn enemies. New characters are simple to create and players are encouraged to populate their game worlds with muties, aliens and gunslingers to fit their tastes.

It’s time to start training up your custom goons before making the trip to the Big Meg later on this year!

Choose a starting profile statline for either a minor or main character:

Evade can be increased from its starting value of 0.

A minor character cannot be modified to become Cool 4.

Main characters can be given up to three skills or mutations at an additional cost of +1 Notoriety each. Minor characters won’t usually have skills, but some exceptions can be made for unusual characters such as the Gronk.

Note that some skills can be ‘negative’ ones that either balance out with some benefits to losses (a good example of this is Wulf’s Berserker skill) or entirely negative (like the Stix’s Purposeful restriction). When selecting one of these, its added Notoriety value is 0 if it’s a mix of good and bad, or -1 if it’s just plain bad. If minor characters are given skills at all they should have a negative or mixed one to balance anything beneficial. If you don’t see what you need then invent it.

We asked around the office to find people’s favourite mutations from the Strontium Dog core book. 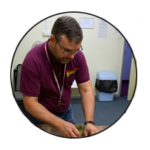 Rich C: I like the No Head! mutation – it’s suitably strange for 2000AD and has some pretty remarkable ingame benefits, making my mutie harder to kill! My chainsaw-brandishing melee specialist has No Head! To make him tougher, meaning he doesn’t have to worry about the penalty to shoot things. 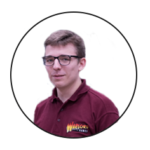 Tom M: My favourite is Multiple Arms! There’s something pretty spectacular about blasting away with four hands worth of guns. Shooty characters with this mutation can lay down a withering hail of fire that would make even Johnny Alpha flinch – perfect for making the wasteland your own!

Characters come equipped with a basic hand blaster or close combat weapon for free. Consult the Armoury section for the Notoriety costs for adding different weapons and variant rules on how to modify weaponry.

If a character is equipped with a mount as standard, the additional costs are:

Overall a good rule of thumb is to restrict characters to spending no more than an additional +2 Notoriety on weapons for a minor character and +7 Notoriety for a main character (although exceptions can be made for the odd henchman with a heavy weapon here and there).

We’d love to see all your new creations – make sure you send pictures to our 2000 AD Miniatures Games – Warlord Games Facebook group!
If you’ve been inspired, grab the build-a-mutie set – they’re perfect for games of Strontium Dog and adventures in the Cursed Earth when Judge Dredd launches. 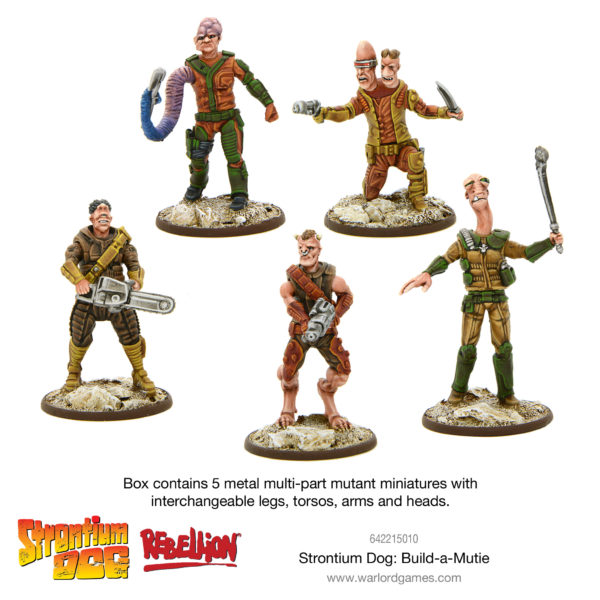