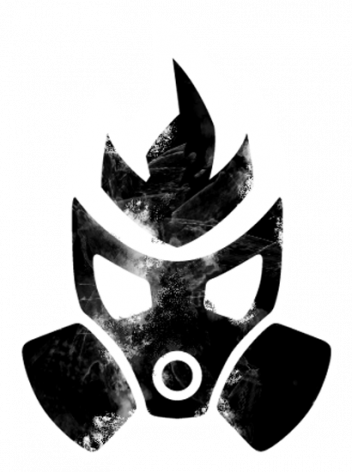 The most successful cult around the Scrapbridge area is that of the Black Blood, a congregation that gathers in and mantains an oil refinery in almost perfect working condition and has turned it into a heavily armoured and protected settlement. They worship oil with an unsettling reverence bestowed upon them by the strange deity Tex’co. They don’t trade with the clack blood they extract from beneath the ground, as only the cult members are worthy of its blessing. Although they sometimes tried in the past to carry the word of Tex’co to other settlements to get new followers, their politics were not aggresive. That doesn’t mean that they were not fit to fight, as they were well aware that almost any other rival gang would do anything to get their oil and they had to protect it at all costs.
But the attack on their home has changed that. Now they live in constant paranoia and think the rest of the world wants to steal their resources, so they fight anyone anytime and even make “preventive attacks”. And worst of all, they have strange oil-powered machines to use against their enemies, undreamed of by any other faction.

The Black Blood Children follow a highly strict religious hierarchy.
Always in charge there is a High Priest, who controls and sees everything from their oil refinery. Below him there are the Flamekeepers, who inspire great deeds from the cult Warriors with their mere presence and carry the word of Tex’co with them. The Embers are combat-trained brothers and sisters who take the fight to the enemies of the Black Blood, equipped with weapons such as flamethrowers or chainsaws, impossible to see among other factions of the Wasteland. The Sparks serve as scouts, riding their motorbikes like thunder across the Wasteland. The Ashes are the cult base members, who carry the most basic duties and enter the fray only when it is necessary. Those they call Burnts are a completely separate case, die-hard fanatics willing to give their lives for the Black Blood without a second thought. 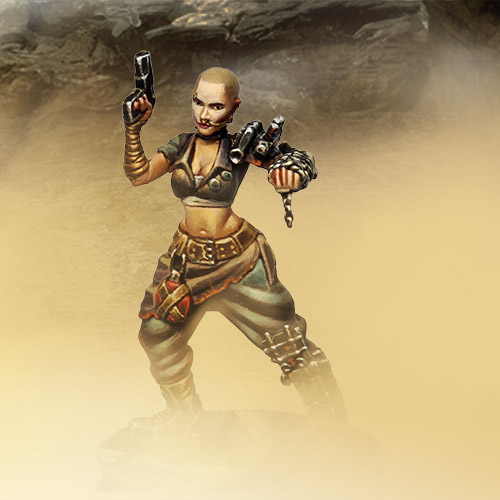 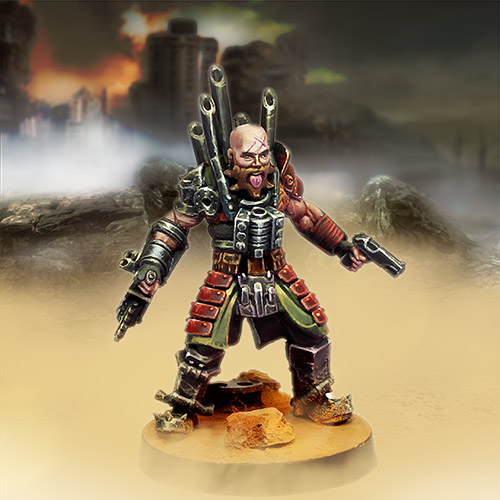 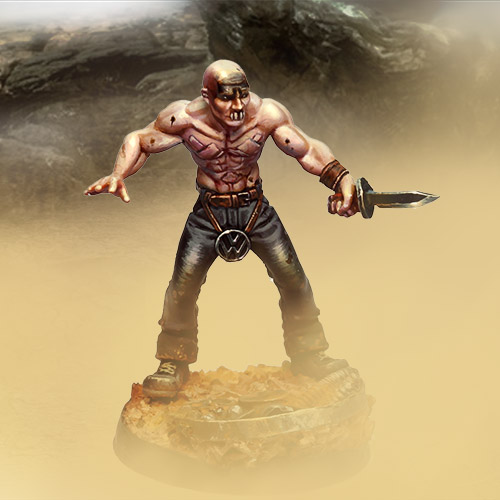 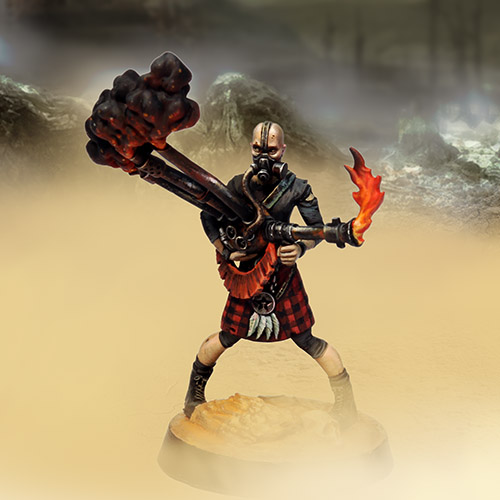 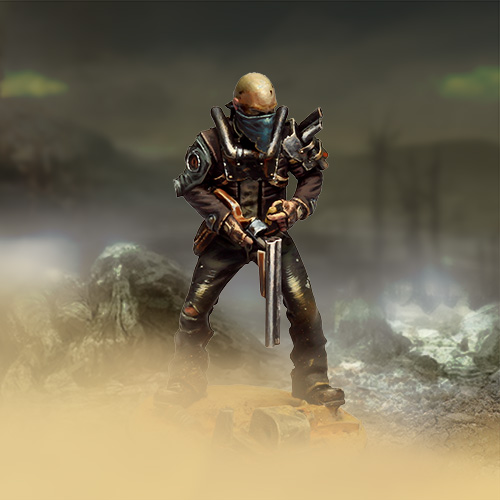 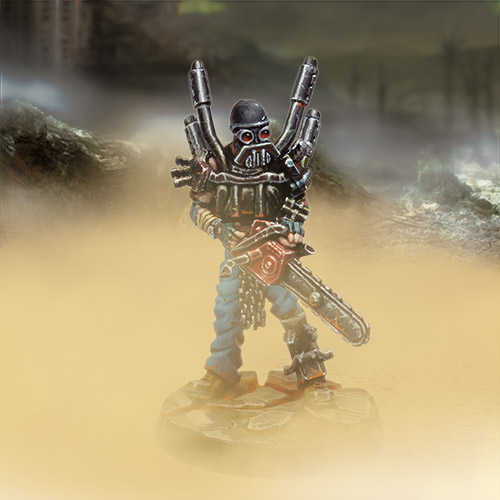 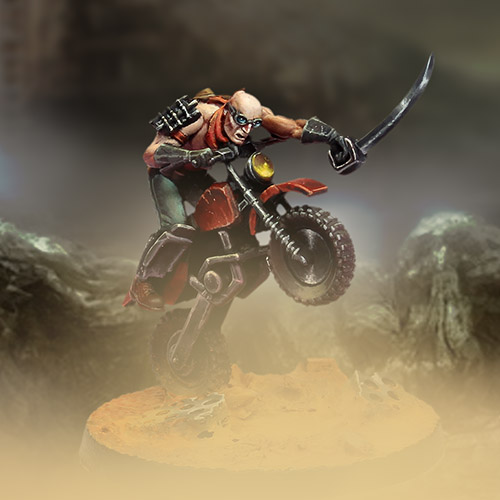 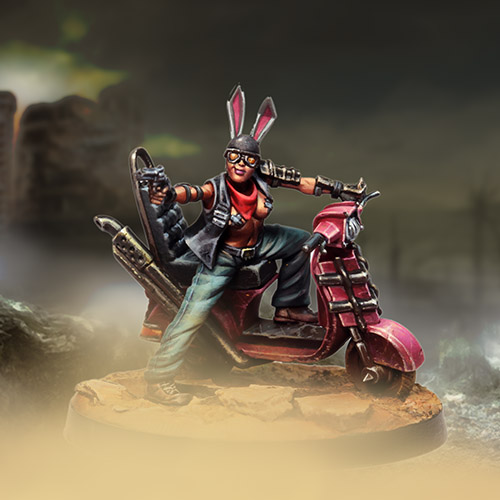 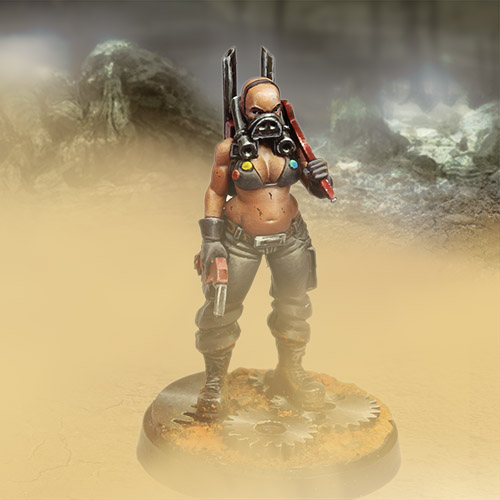 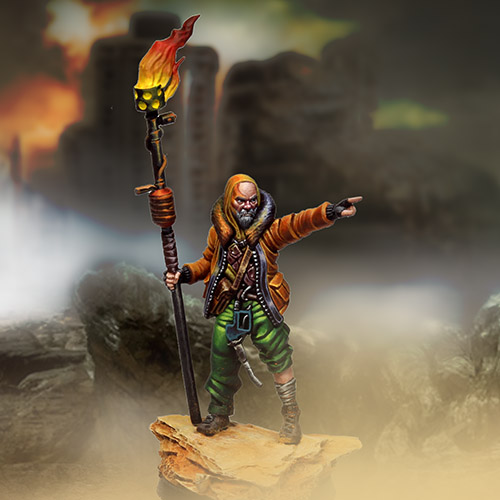 You can find them at our online store and the usual hobby stores.