Modiphius is delighted to announce the release of the FREE Quickstart version of Devil’s Run, a brand new RPG featuring post-apocalyptic vehicular mayhem for 2d20 and Savage Worlds, which launches ahead of the full game’s release to let you sample the action.

The FREE Devil’s Run Quickstart is available in PDF on Modiphius.net as part of our RPG Quickstart Collection and DriveThruRPG.com.

Post-Apocalyptic Vehiclular Mayhem!
​
When the gangs tear up the Freeway. Choose a side. Fight. Survive.

Two great nations that were never destined to find peace disappeared overnight. One is now an irradiated hot-zone where nothing survives. The other a sparsely populated wasteland that has plummeted into anarchy and chaos. Water, gas, and food are the only currencies that matter on a continent ruled by bullets, balls and bloodshed.

The Devil’s Run roleplaying game puts you in the driving seat of a post-apocalyptic future in which gang warfare dominates. The rules of the road are none. All you need ask yourself is what would you kill for? What would you die for? How far are you will to fall to survive?
High-octane action fuelled by rules for two turbo-driven systems. This quickstart contains an introduction to the 2d20 ruleset, plus mechanics to risk the Devil’s Run using the Savage Worlds Adventure Edition system.

The Devil’s Run Roleplaying Game thrusts you full-throttle into a post-apocalyptic world of motorised mayhem and carnage. The 2d20 and Savage Worlds SWADE systems fuel the carnage in a setting based on the popular boardgame of the same name. Choose a side. Fight. Survive. 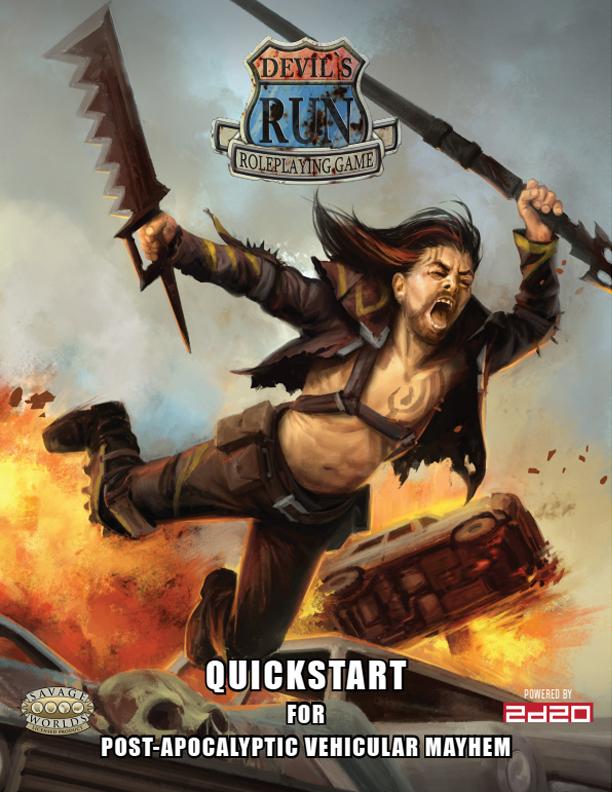 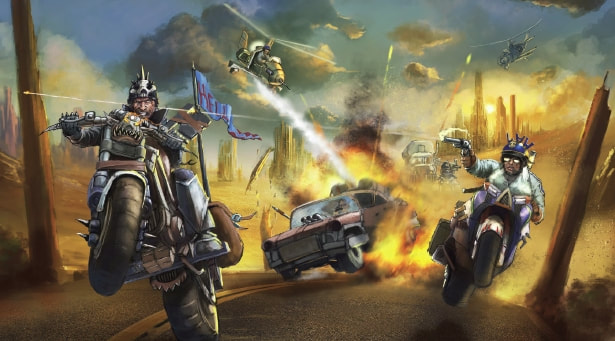 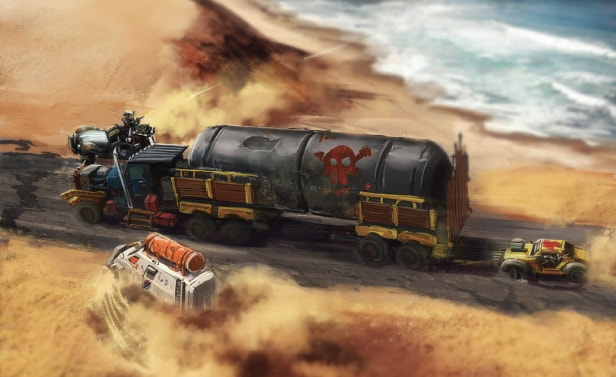