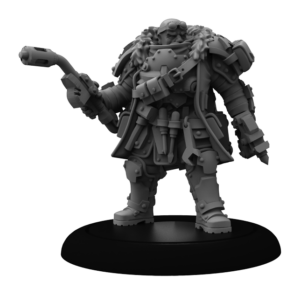 Armed with only a pouch of tools, a powerful rivet gun, and a torch, the Battle Mechaniks trail behind Khador’s lumbering warjacks into battle. Operating alone or in small groups, it falls upon these intrepid engineers to keep the Motherland’s machines and Man-O-War in fighting condition even in the midst of combat. To protect these skilled soldiers, each is issued a suit of heavy Shock Trooper armor and a book of prayers. 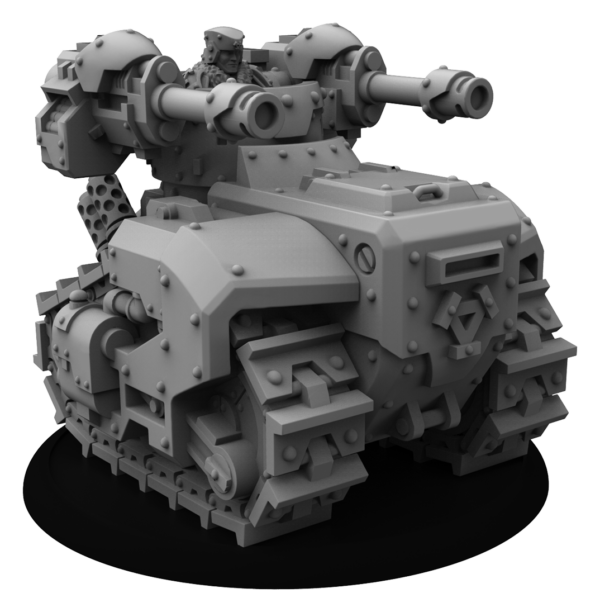 Another marvel of modern Khadoran engineering, the Bison is a rugged railless combat vehicle. Powered by a fearsome steam engine, the tracked machine can tear across any terrain. Though slower than most heavy cavalry, the Bison offers its operators unparalleled protection and the Winter Korps tremendous tactical flexibility. The AC-2 Bison is armed with a pair of powerful auto cannons. Even the Bison’s sheer size and weight, however, can function as a weapon on the battlefield. Any foe unwilling to move aside can simply be plowed over.