With Borderlands and Beyond available on Kickstarter now, it’s time for a deep dive into warlocks and warbeasts. This Insider will go over everything you want to know, but it won’t contain too much actual rules text—after all, we want to have the full details of the rules text in everyone’s digital hands via the rulebook. However, we suspect this Insider will answer all your burning questions about how these powerful and strange sorcerers function within 5e.

Before we get into the thick of it, let’s talk about the proverbial unacknowledged pair of warlocks in the room. We will be using the name “warlock” despite there already being a class named that in 5e. Generally speaking, if we ever need to reference the warlock from the open gaming license (OGL), we’ll make it clear either with an explanation or by simply calling them warlocks-OGL. All references to warlocks without any added clarifying statements are referencing specifically the spellcasters that control warbeasts. 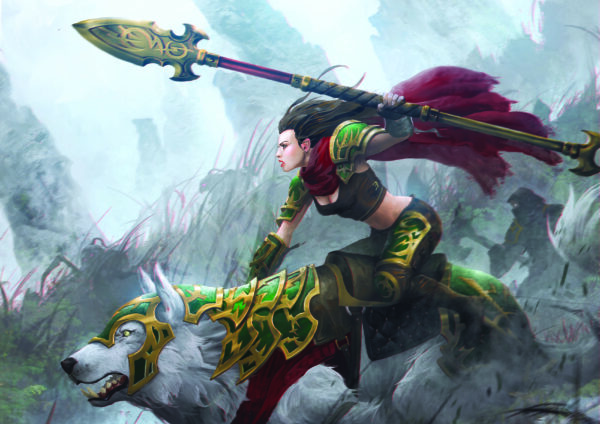 Now to the meat of the class. Warlocks are a Wisdom-based spellcasting class with an extremely limited pool of spells. Much like warcasters, warlocks use a similar resource system to cast spells and enhance their physical abilities. Instead of using the resource focus, they use one called fury. A first-level spell will cost you 1 fury, 2 for a second level spell, and so on. You can also use fury to gain advantage on attacks, to cause those attacks to do additional damage, or to shake off negative effects. Unlike warcasters, warlocks do not need to be bonded to their weapons in order to empower them with fury.

The biggest difference between focus and fury is how these two resources replenish. Whereas focus is automatically replenished slowly, 1 point every ten minutes, warlocks have a finite amount of fury they can normally generate each day. Fury comes from three primary sources: the baseline fury a warlock gains each time they complete a long rest; fury they automatically gain each time one of their warbeasts is forced; and through a rule called Dissever. Once between each long rest, a warlock can boost their fury reserves by sacrificing some of their hit dice with Dissever. For instance, a first-level warlock will have 2 base fury they gain whenever they take a long rest, then they can sacrifice their only hit die with Dissever to gain 1 more fury, and finally they can force their warbeast to gain 1 or more fury, depending on how much they are willing to risk. Generally speaking, you can reliably have 4 fury every day at first level; however, one is tied to your warbeast and another requires sacrificing your ability to heal yourself during short rests.

Warlocks and warbeasts do not work in exactly the same manner as they do in the tabletop version of the Iron Kingdoms. In WARMACHINE and HORDES, you constantly put fury on your warbeasts and then, each turn, you siphon it off both to grant your warlock fury to spend and to ensure your warbeast doesn’t go out of control. In the roleplaying version, the only way fury can be removed from warbeasts is through a long rest.

Warbeasts can move, attack a single time, or dodge without the aid of fury, but in order to do anything more complex, they must be forced to gain a fury point. Whenever a warbeast is successfully forced, the controlling warlock also automatically gains a fury point.

Each warbeast has a maximum amount of fury it can safely gain each day up to its threshold. The threshold of low-level warbeasts is 1, so you can’t force them very much to begin with; however a particularly daring or desperate warlock can push their warbeasts beyond their normal limits. 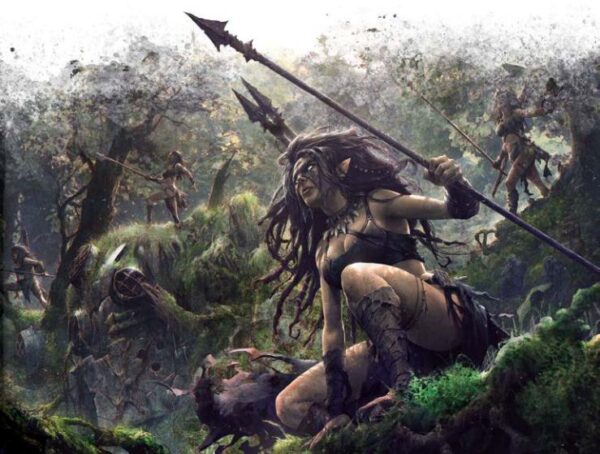 The Devourer resonance is not the specific resonance of Circle Orboros, though it does share some similarities. Instead, the resonance focuses on warbeasts with particularly predatory natures. Sharp teeth and claws are the main requirement to be a warbeast of the Devourer resonance. Like their warbeasts, the warlocks with this resonance also are aggressive and bloodthirsty and will be frontline fighters more often than not, working alongside their warbeasts to bring down much larger prey. 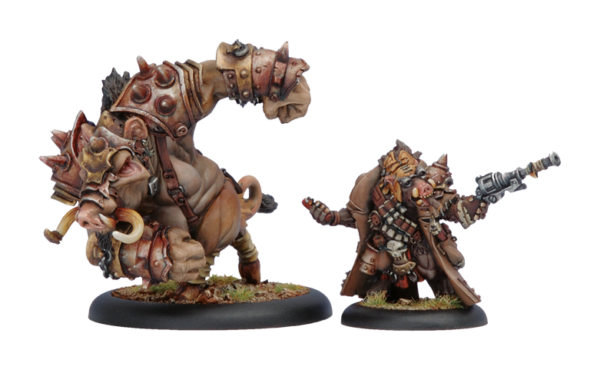 The Farrow resonance utilizes the naturally occurring farrow monsters. Most farrow do not have access—or even want access—to the mechanikally enhanced farrow of the mad scientist Arkadius. The boars, hogs, and more humanoid farrow warbeasts act as the defensive wall to most farrow tribes. Thus, this resonance focuses on the bonds between warlock and warbeast. Often a farrow warlock can draw much more from one of their warbeasts than other warlocks can.

Warlocks of any race can gain any of the resonances available to them from Borderlands and Beyond. That said, if, say, a human wishes to attune to trolls, that human would have likely needed to receive training and be on good terms with a trollkin kriel. Likewise, there is nothing stopping an ogrun from bonding with a goliath hog other than the training that ogrun would need, most likely from a farrow warlock.

That should give you a solid overview of what a warlock will play like in Iron Kingdoms Roleplaying Game. For a slightly deeper look, I’ll leave you with a level 3 character I made. It will surprise no one who knows me that I made a trollkin warlock. This won’t give all the rules text to go with the spells and features coming with this Kickstarter, but it should make everything a bit clearer.

Be sure to check Borderlands and Beyond, on Kickstarter now.

Born to Be Wild (Trollkin)

Languages understands Molgur-Trul but does not speak

Update: See a preview of the pages here: https://www.kickstarter.com/projects/privateerpress/iron-kingdoms-borderlands-and-beyond/posts/3327684