We get it. Warlocks. 5e shipped with the warlock class, which is a versatile, flavorful dispenser of Eldritch Blast-on-a-stick.

But see, we have our own warlocks. The big monster-controlling, fury-consuming, battle-and-spell flavor of warlocks.

However, there is absolutely room in the Iron Kingdoms for that other flavor of warlock, the kind who swears a dark pact to an entity of enormous power who tread a careful line between obedience and servitude. The OG(L) warlock. While you might think that we’ve been deliberately avoiding them, the thing is…they’ve been a part of the Iron Kingdoms all along. 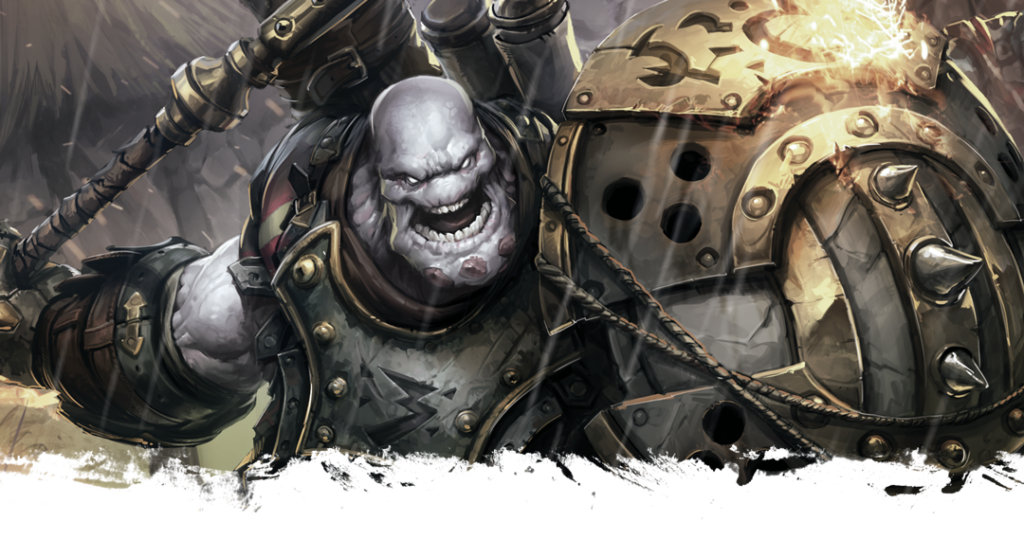 Let’s take a moment to mention that the Pact of the Blade can be expanded a bit to be “Pact of the Weapon.” There are numerous characters across the Iron Kingdoms who could fall into this particular pact. From the trollkin chieftain Madrak Ironhide taking up the cursed weapon Rathrok to the humble Llaelese urchin Gastone Crosse wielding the dark mechanikal firearm Soul Reaver, there are a whole host of characters who could fall into the Pact of the Blade.

The Pact of the Chain is a bit less common than others in the setting, but there are still notable characters who have made unusual accords with supernatural entities bound to their will. For some unorthodox examples, you could look at Bethayne and Belphagor, the symbiotic pairing of blighted Nyss and dragonspawn. Or, to get even stranger, you could consider the ancient tree entity Wurmwood as a warlock who has chained a series of unfortunate human hosts as its familiar.

The Iron Kingdoms are rich with menacing volumes of dark occult lore. Some are so insidious that they erode the sanity of those who read them, like the infamous Librum Mechanicrus. In many instances, OGL warlocks who pledge the Pact of the Tome are those who stumble upon ancient Orgoth texts or who uncover the occult dissertations of secretive cabals in the Order of Wizardry. 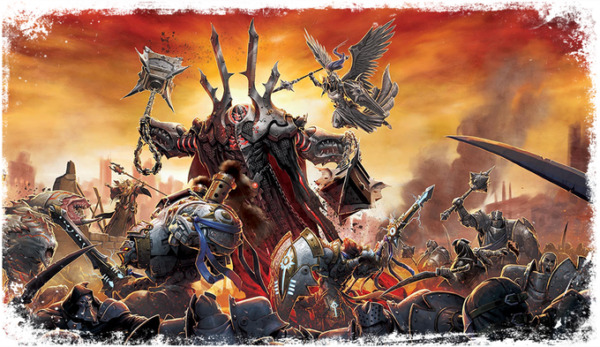 But What about Patrons?

An OGL warlock’s choice of pact is only one part of the equation. A much larger part is which patron the warlock draws their power from.

The OGL includes rules for only a single Warlock Patron, the Fiend. In traditional 5e, these are creatures of the lower planes and by necessity are aligned with evil, but in the Iron Kingdoms things can be a bit more…nuanced.

A Fiend Patron can first, and most obviously, represent a bargain struck with the Infernals of the Outer Abyss. The features offered by this patron are a good fit for many of the infernalists—willing or otherwise—who have been depicted in Iron Kingdoms fiction. Nicia, Hound of the Abyss is a great example of a Pact of the Blade warlock who is pledged to a Fiend Patron.

But the Fiend can represent other things as well. It can be a furious aspect of the Devourer Wurm that infuses a mortal vessel with terrible power, or it can be a wicked ancestor spirit who imbues one of its descendants with secrets of the cruelest kinds of mortitheurgy. Don’t feel constrained in how you interpret the Fiend
Patron. With a creative angle, it can be a good fit for all manner of different parts of the setting, from a cruel Thamarite Scion to one of the more brutal Defiers.

The following is a short selection of entities in the Iron Kingdoms who could make for compelling Patrons along with suggestions for the kind of patron they might be:

Cyriss. While she might seem unlikely, the Maiden of Gears can be a compelling patron. Her mechanikal aspect, celestial form, and infinite nature as a great being beyond the known world all make for an interesting patron.

Defiers. The Defiers are the progenitors of the grymkin, the Iron Kingdoms version of the fey. As the most powerful of their kind, these beings have selected a few mortals throughout history to mark as their own, like the formerly mortal Twilight Sisters.

Infernal Orders. The infernal orders are perhaps the most common patron in the Iron Kingdoms. They are fiendish and ancient beings who frequently trade power to mortal agents who can help advance their agendas on Caen.

The Old Witch of Khador. There is no one greater or older than Zevanna Agha. The Old Witch of Khador sometimes selects mortal champions, as she did with the ill-fated Great Prince Vladimir or the even iller-fated Holden. While her methods are unfathomable, she is ever scheming and always looking for the next human vessel who can carry out her twisted schemes. 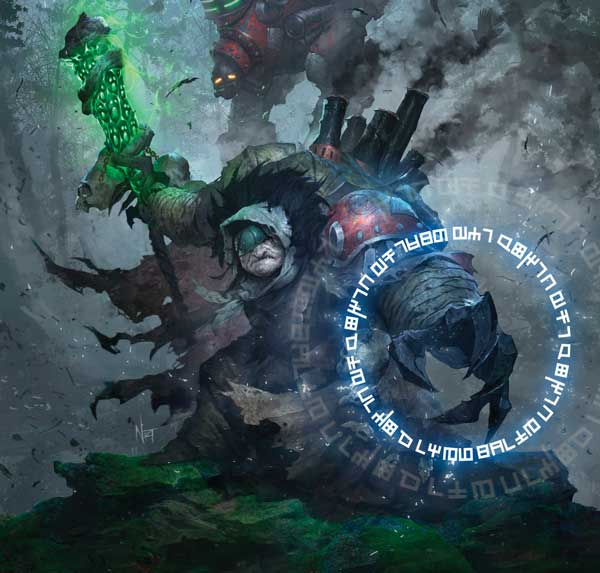 Toruk the Dragonfather. For many centuries, the first and greatest of dragons has bestowed his undying power on the people of his Nightmare Empire. Through his blighted touch, he can instill arcane strength otherwise unachievable by mortal knowledge.

The post IKRPG: Pact of The… appeared first on Privateer Press.