At Heresylab, we are very proud. Founded in 2018, we have released over 200 miniatures in the following 2 years. Our last Fantasy Series, also a great success. Brought us to create the Facebook Mordheim Limited edition figure. We have decided to expand even more our fantasy line. Adding some new warriors to support the 28 citizens.
Faith and Honor will be our 3rd Fantasy Kickstarter. Will go live on the 14th of July

Two new line of models:
The order of the Flaming Lys. Protectors of the first line of defense of the city. Less advanced than the inner guard of the city. Relies more on waves of lightly armed guardians, that support the heavy armored sergeants and knights.
The Templar of the flame. Protectors of the sacred flaming rock. Lies in the monastery at the center of the old city. They accept only the female firstborns and train them to the way of the flame. The only males allowed to follow them are the repents. 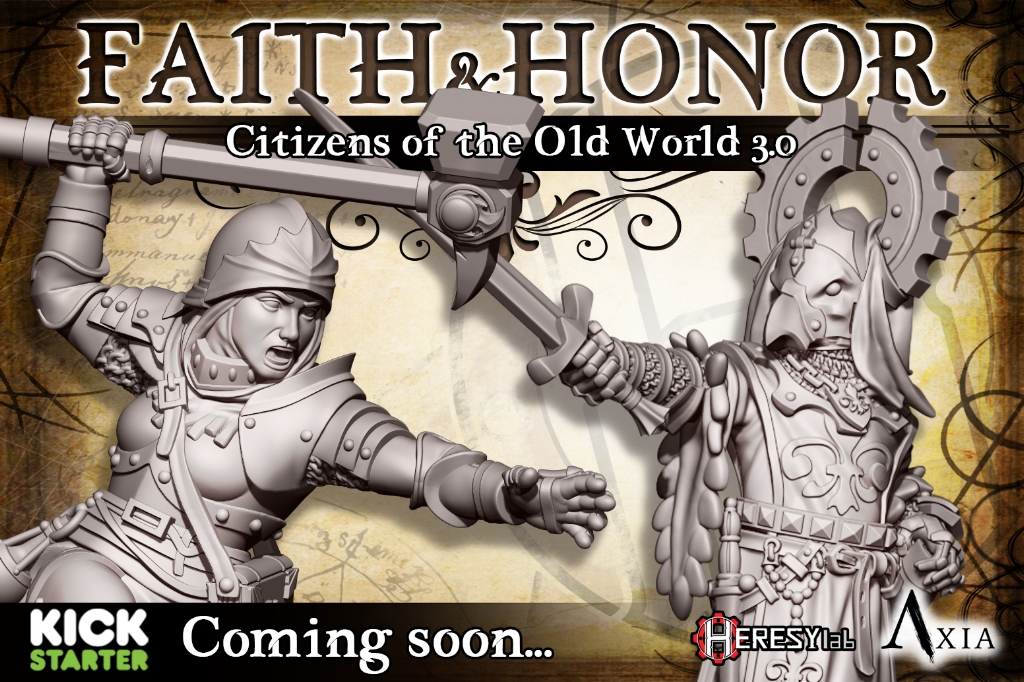 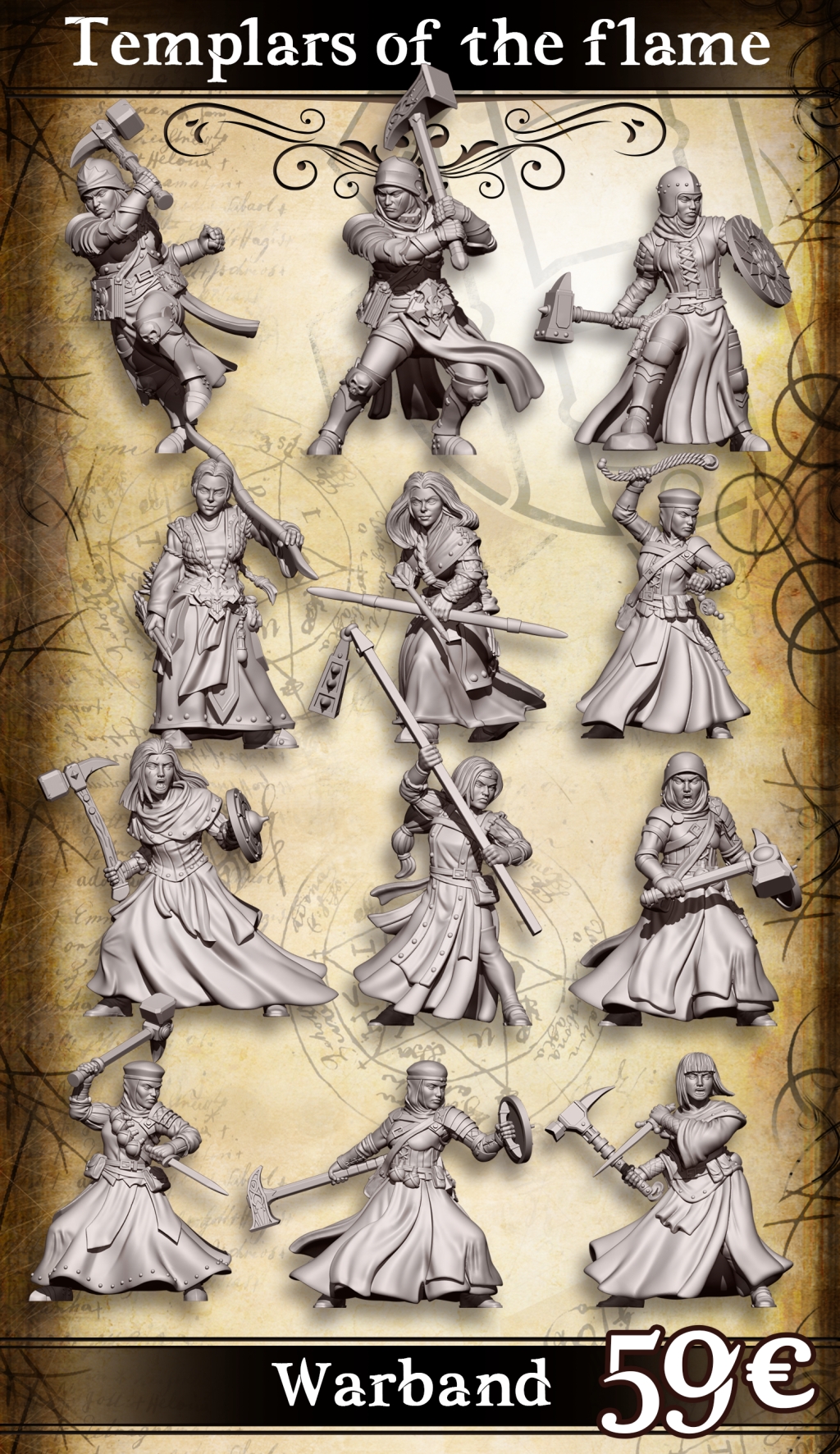 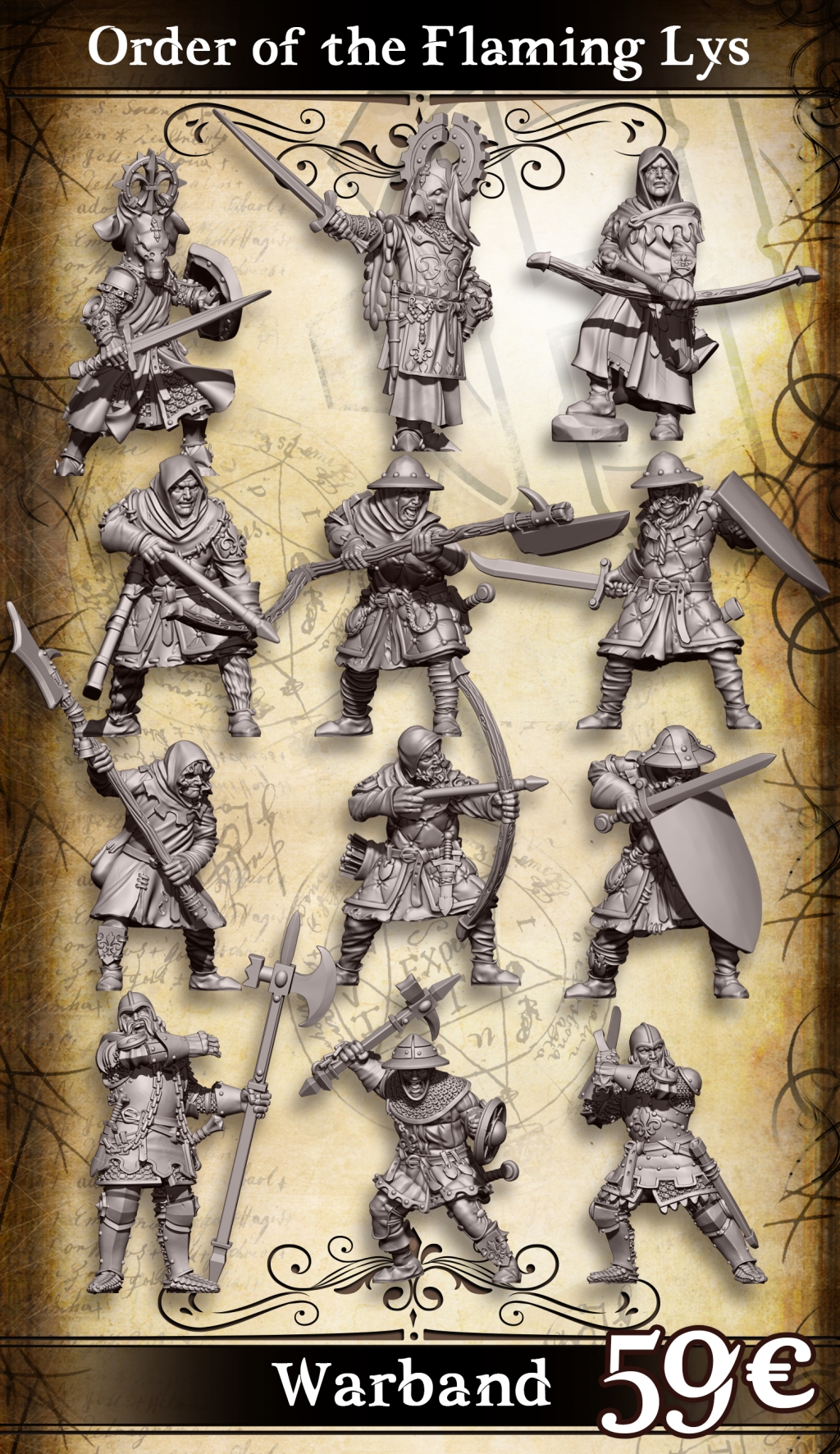