What is First Blood 2.0 and what makes it so unique? 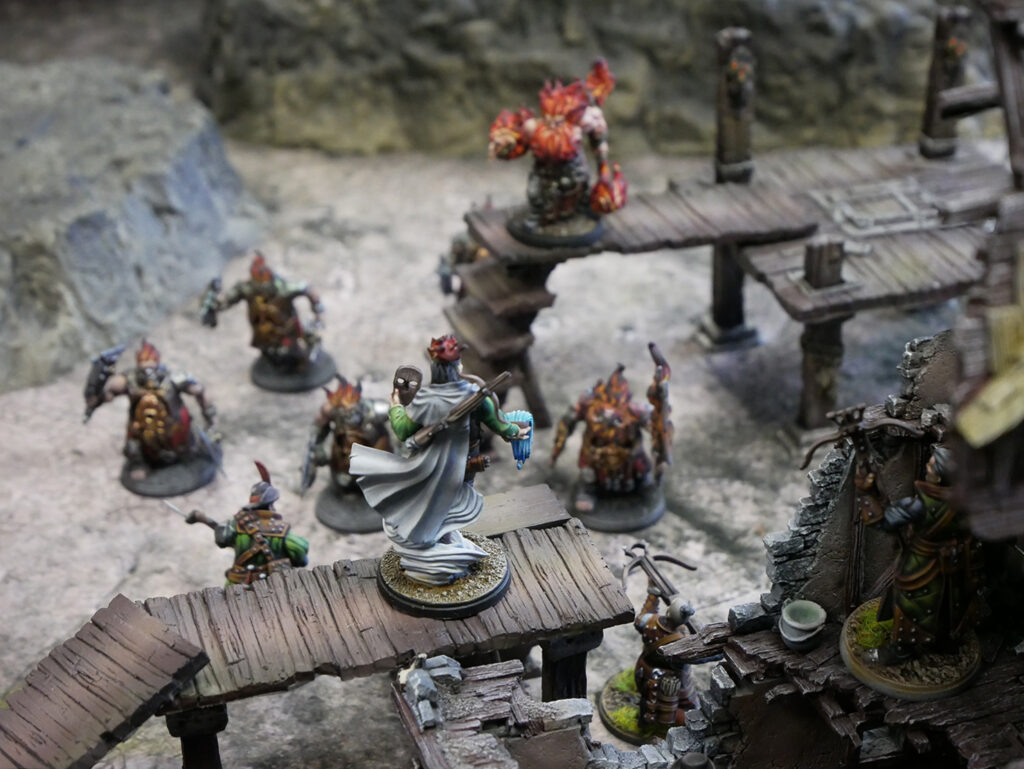 Conquest: First Blood focuses on a single Character and their entourage, allowing players to experience the world of Conquest through the eyes of a soldier in the shieldwall rather than the eagle eye view of an army Commander.

The first iteration of the rules, did a great job at providing players with a fast whirling melee whilst serving as an excellent introduction to TLAOK. However, we felt that the game system did not allow enough room for tactical play and maneuvering and so a decision was made to make Conquest: First Blood! 2.0 a fully fledged competitive, skirmish wargame!

To do that we focused on the nuances of individual Model positioning and intra-Regiment synergies. The rules now treat individual teams of soldiers as building blocks together which form powerful ad-hoc formations. It is each player’s job to find the weak point in their enemy’s formation and disentangle it through smart maneuvering and intelligent order of play.

What existing First Blood players should expect from the new version? 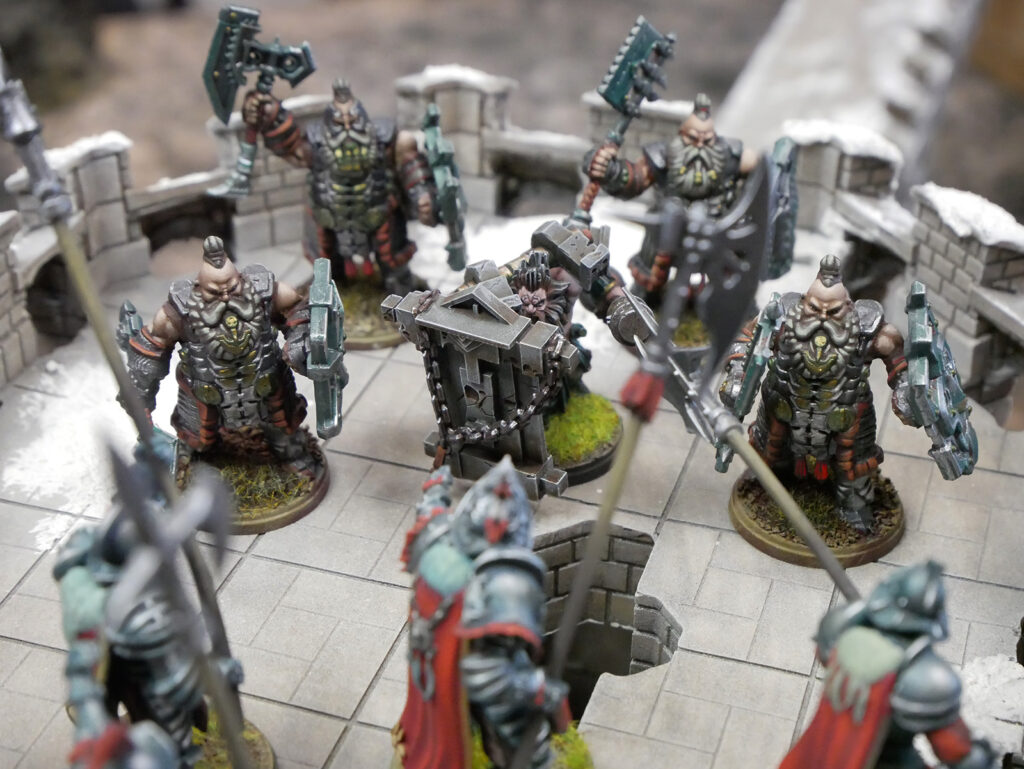 What are the benefits of First Blood 2.0 for veteran The Last Argument of Kings players?

Well you are in for a treat, all your models are compatible with Conquest: First Blood! 2.0 without needing the slightest modification or conversion work! You will be able to use the same bases, same models, same Command cards and the same Army Builder. Download the free rules, take your models off their Stands and you are ready to go! Our two games, one miniature collection logo is not just for show!

First Blood 2.0 also offer the opportunity to create a force from a faction you are interested in without committing to a full TLAOK army. A typical First Blood 2.0 Force consists of a single Character, 2-3 Officers (known as Command Models in TLAOK) and an average of about 20 soldiers. Expect every game entity to have about double their Wounds than their TLAOK equivalents, whilst point costs have been rehauled to better reflect the impact of certain Regiments in a smaller scale (and faster) game! 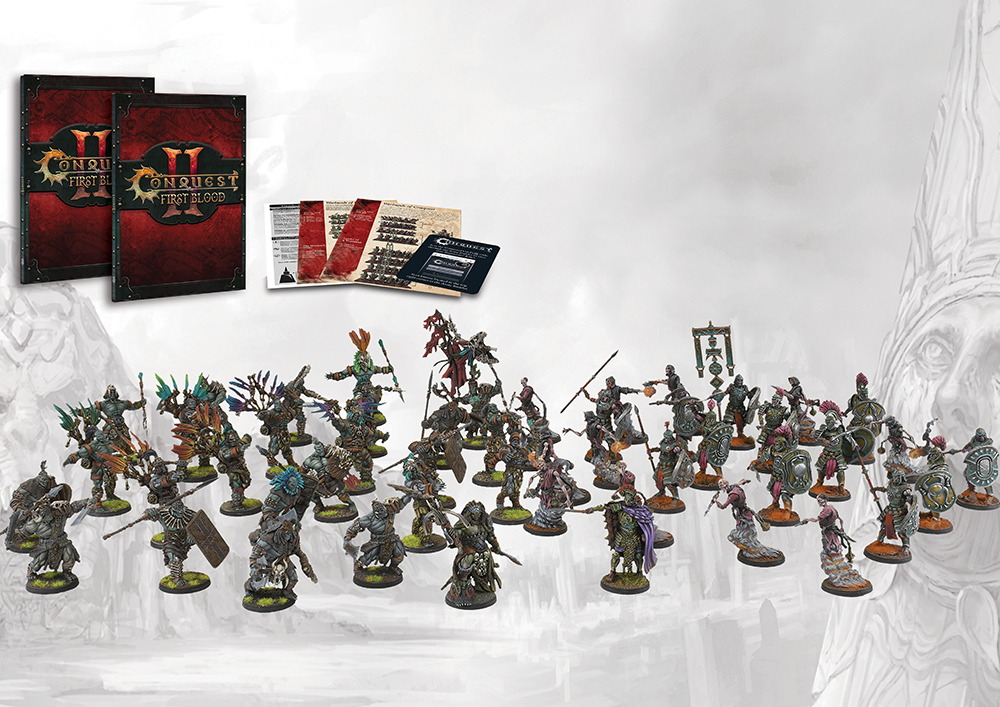 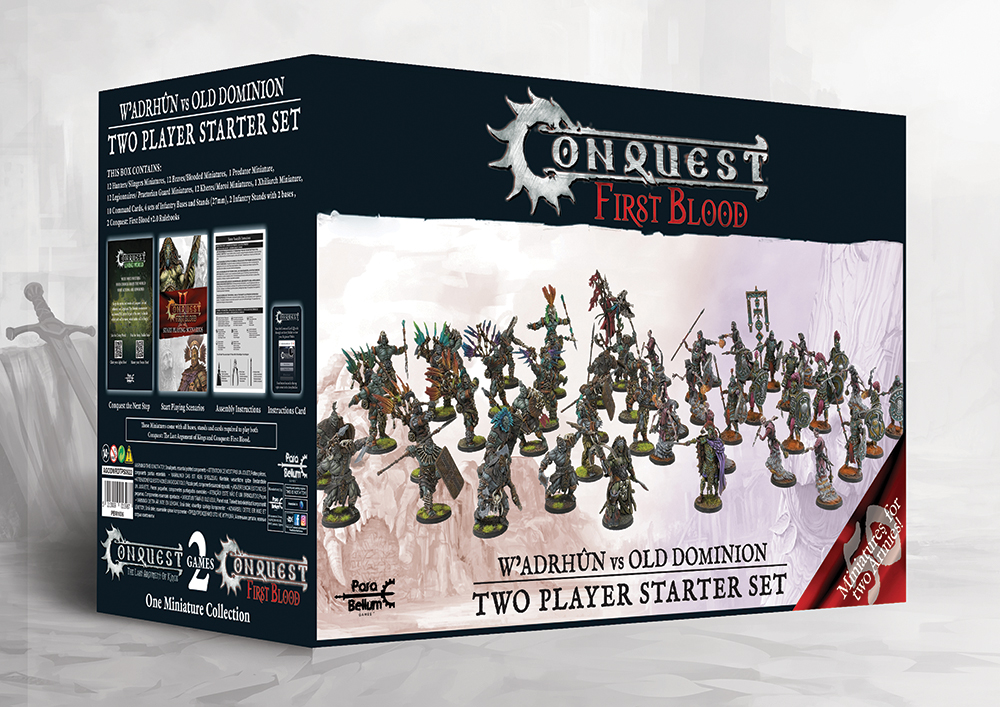