Formed in 1948 with the purpose to specialise in commando and amphibious actions, the 1st Platoon, 2nd Company, 2nd Battalion 766th Independent Regiment KPA led the attack on South Korea.

Article sent in by Steven Smith

Initially, the Unit formed as a single Battalion and quickly grew to a 3000 man Regiment. When the war started two of the Battalions spearheaded assaults along the East Coast of Korea. They infiltrated along the mountains and conducted coastal assaults in an effort to flank the South Korean Army.

Veterans of the Chinese Civil War, during the early weeks of the war the 766th achieved successful results. Only the actions of the U.N. air forces and the support of the nearby offshore Naval gunfire helped to halt the 766th in their drive South.

Fighting to the end 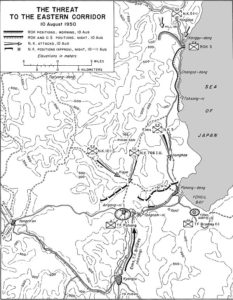 Map of 766th attack toward P’ohang-dong

By August the 5th, the exhausted and battered 766th were ordered into P’ohang, a strategically important route through the mountains to the Gyeongsang plain. They were at the end of an overstretched supply line receiving little or no food or ammunition and relaying solely at this point on capturing supplies.

Morale remained high among the 766th troops, having trained for this eventuality they specialised in raiding UN supply lines, and effectively mounted small disruptive attacks against UN targets to equip themselves.

Eventually, the 766th would be crushed by losses and would not be able to regain their pre-war status. These Soldiers would be incorporated into other Recon units and would also go on to form guerrilla organisations in an effort to continue their fight for North Korea.

Nearly all these soldiers were veterans of fighting in China during the Chinese Civil War and highly trained in amphibious warfare and irregular warfare, the perfect combination for commando-style raids in the vanguard of the larger army. 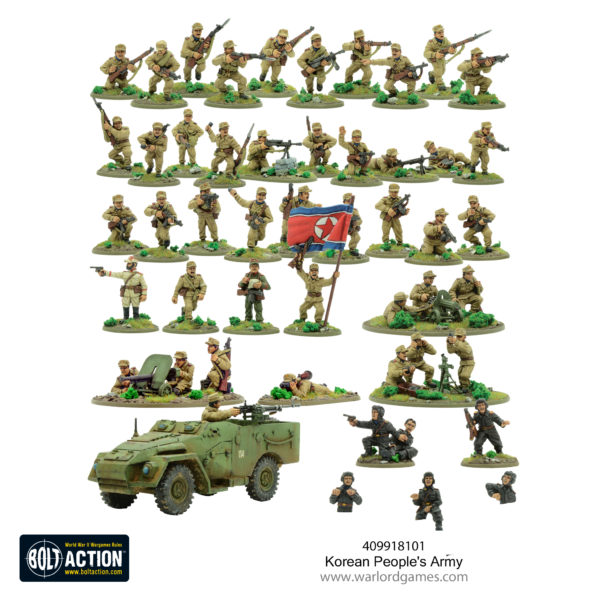