The T-80 series of tanks was the culmination of a 30 year project to design and field a Soviet turbine-powered tank. The updated T-80U had a more powerful 1250hp turbine engine, wider tracks and mounted Kontakt-5 explosive reactive armour. It is faster, more manoeuvrable and better armoured than any other Soviet tank in service. 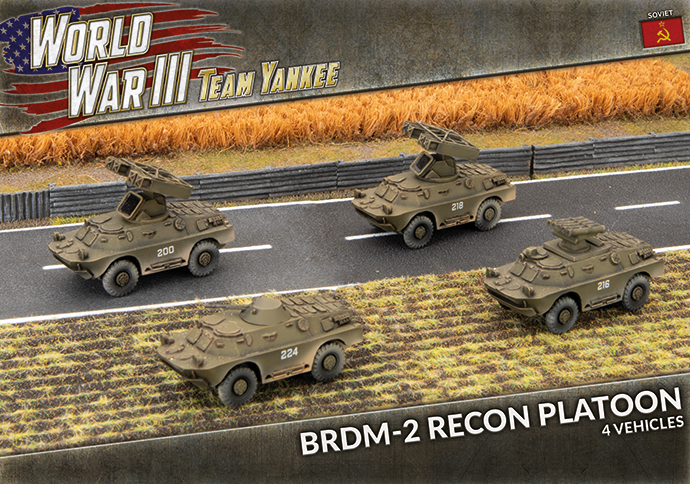 The BRDM-2 (Boyevaya Razvedyvatelnaya Dozornaya Mashina 2, or Combat Reconnaissance Patrol Vehicle 2) is a fourwheeled amphibious reconnaissance vehicle. The BRDM-2 has been designed to cope with a range of terrain and is the basis for a number of different weapon systems. 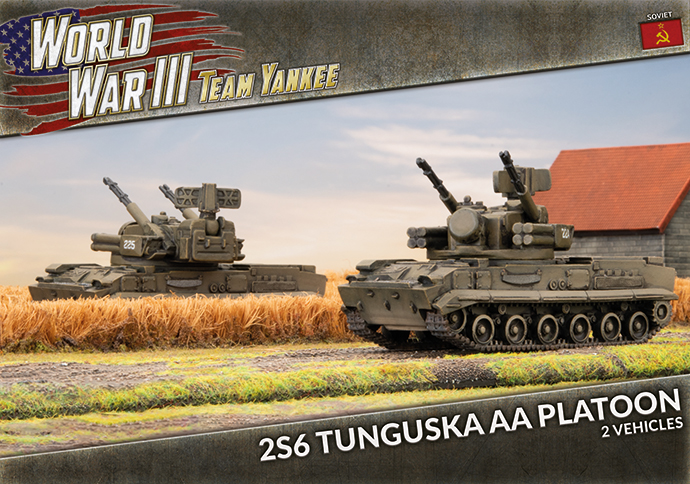 The 2S6 is capable of engaging attack aircraft and helicopters with deadly precision at ranges of up to 8000m. The 2S6’s armoured chassis protects the crew of four; driver, commander, gunner and radar operator, from small arms fire and artillery shell fragments The BM-27 Hurricane (Uragan) began its service with the Soviet Army in the late 1970s, and was its first modern spin and fin stabilized heavy multiple rocket launcher. It launches 220mm rockets from 16 launch tubes mounted on the rear of a ZIL-135 8×8 truck.

Check out the full spotlights on the Team Yankee website here…