Cybertronic Corporation – The Empire of Steel and Stealth The Cybertronic Corporation are an enigma; where the other corporations have rich and extensive histories the Cybertronic Corporation are barely a century old, swelling to power in a financial coup that occurred in the blink of an eye. A colossal market crash saw the various megacorporations sell huge amount of land and enterprise in an attempt to prevent catastrophic losses. All these enterprises were bought up by freelancers; dummy companies secretly owned by Cybertonic. The Founding Day, as it would come to be known, saw the wealth of Cybertronic soar to the point that they now rival Imperial in power and industry.

Cybertronic’s power lies in technology. Since the time of Durand, cybernetic enhancements and artificial intelligence engines have been prohibited under the Brotherhoods Second Edict; technology such as these was easily befouled by Dark Symmetry in the past and their prohibition was designed to protect humanity. The Cybertronic Corporation make frequent use of such upgrades, even going so far as to use them to entice members of other corporations to abandon their loyalties and start a new life with Cybertronic. Emerging late in the market Cybertronic call no planet home, instead terraforming large swathes of the asteroid belt. Using their advanced technologies they have been able to pull several larger asteroids together and unite them via a series of transport links and pathway to form large supercomplexes inhabited by its citizens.

Cybertronics military forces are by far the smallest of all the corporations. What they lack in numbers they make up for in power, their military enhanced by sub-dermal armour, enhanced weapons and targeting arrays and cellular stimulators which promote rapid healing. These upgrades often give them the edge in combat against the other corporations and the Dark Legion. 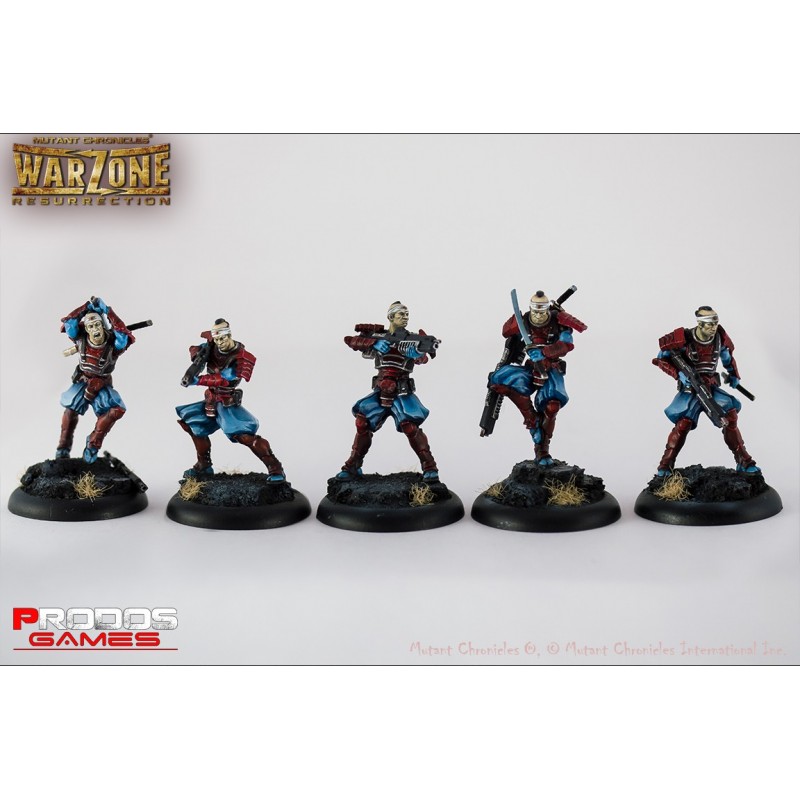 In Warzone Resurrection, this technological dominance is made manifest in Cybertonic’s special enhancements. Unique to Cybertonic is the ability to purchase base stat upgrades for your units. Each upgrade can only be bought once per squad, but there are several options to increase the same statistics allowing you to take a unit and enhance it to suit your army.

Cybertronic forces offer players an exceedingly well equipped force, able to take a huge number of upgrades, specialising in overwhelming and powerful ranged firepower. In addition to the generic upgrades mentioned above, your core forces, Chasseurs and Armoured Chasseurs, can be upgraded to take stronger anti-infantry weapons and/or an anti-vehicle option, giving your squads the versatility to tackle any job. Special rules gives these units the ability to bypass certain terrain restrictions on movement, making them highly mobile as well as powerful at range. 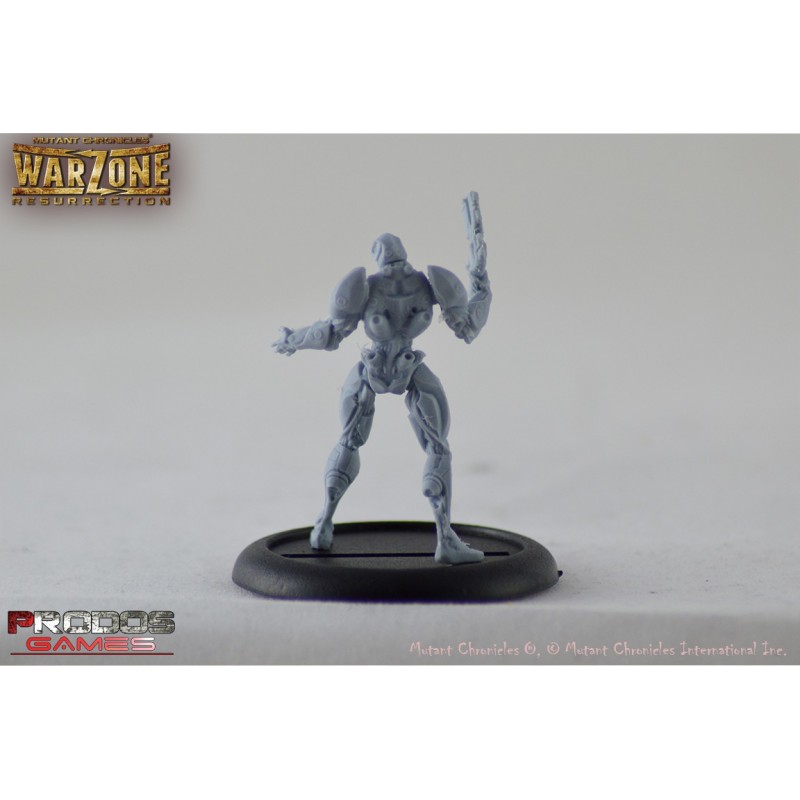 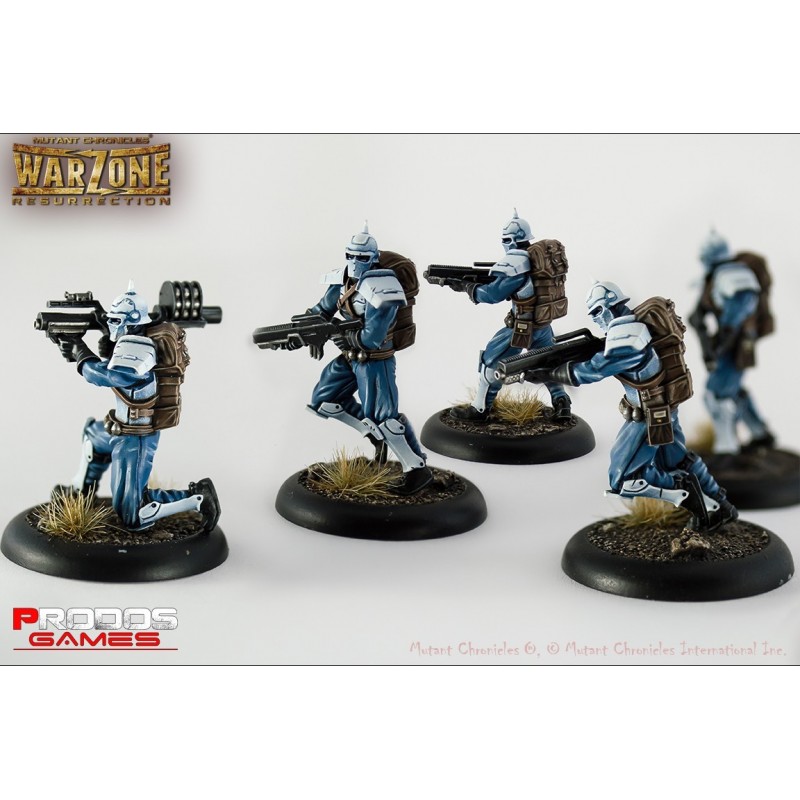 In support of your core troops stride the Mirrormen, covert units with high armour able to force your opponents shoot at them instead of other, higher value, units. Attila and Machinators provide durable, multi-wound units which are able to wade through fire and fight with fists or bullets and the Scorpion, a multi-limbed light vehicle that can burrow beneath the battlefield and burst forth to assassinate high value targets. Towering over everything walks the Eradicator Deathdroid, a huge walker with dense armour and multiple weapons systems capable of walking from one edge of the table to another and killing everything along the way.

Thank you to Matthew Edgeworth for writing this article.