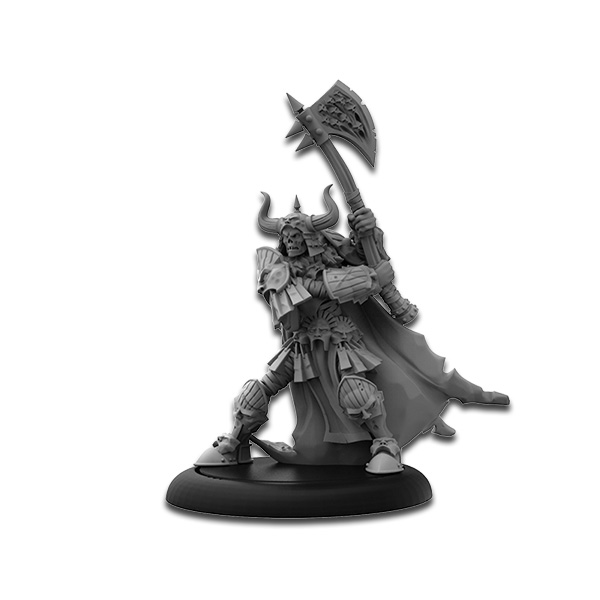 His name was lost to memory during the Orgoth Scourge at the end of the last invasion when the defeated host sought to obliterate every record of their passing, down to the very stones of their grim temples and towering obsidian fortresses. For centuries Maulgreth, once amongst the greatest of the Orgoth warlords of that past age, waited, his unearthly rage contained only by the silence of his forlorn tomb. Now released from both his long confinement and his virtual obscurity by the warwitches accompanying a new Orgoth war host on their invasion of Immoren, the deathless Maulgreth has risen once more to strangle the world of humanity and to bring ruin to those who would defy him. Neither truly Orgoth nor wholly an avatar of death, Maulgreth acts as a sovereign lord, sometimes serving his kinsmen and sometimes entreating with the most foul eldritch of the Cult of Nyrro. 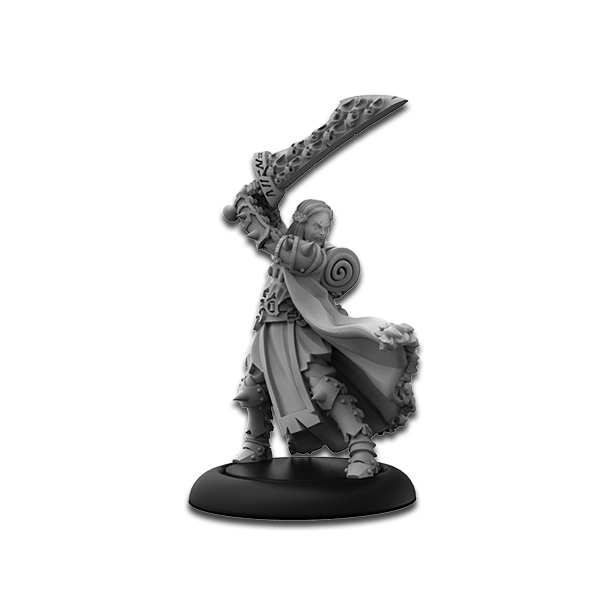 Now known only by her designation as a convict since all record of her existence was lost during the recent troubles, 102822 was sentenced to serve the Khadoran Empire as a Doom Reaver for her transgressions committed while serving within the Winter Guard. Over time, 102822 began to manifest a rare degree of control over the fellblade that she bore, enabling her to slip from the arcane control her Greylord masters held over her. As a result, 102822 was able to flee from the front lines in Llael, where she was bound to die at the vanguard of some fruitless assault. Slipping over the border into Ios, she was captured by agents of the Retribution, who had use for the living weapon 102822 had become. With the return of the Orgoth, she has been unleashed once more on the lands of Khador, where she has been abandoned to hunt the ancient enemy, sowing death and chaos wherever she wanders. 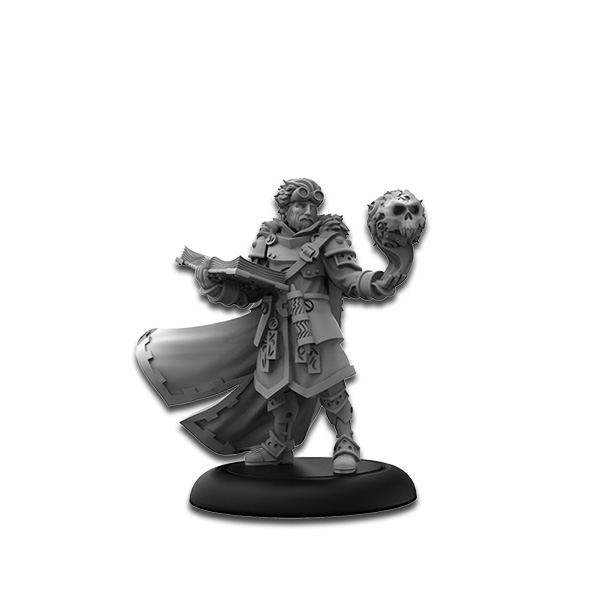 Having bartered his soul to the Nonokrion Order for power, Eilish Garrity began to suffer buyer’s remorse following their defeat in the Infernal War. Saddled with an existential debt to a diminished infernal order, Eilish saw the arrival of the Orgoth as his a final opportunity to brighten his prospects. The corrupt, power-hungry arcanist summoned some dark strength of will deep within himself and approached the invaders with a blasphemous proposition, requesting contact with their own infernal patrons. In a craven act of occult genius, Eilish swore fealty to the Fellgoeth infernals, promising to act as their agent on Caen and to serve the Orgoth during their invasion of Immoren. Now acting as a double agent to subvert the Immorese cause in resisting the Orgoth, Eilish loosely maintains his old contacts within Cygnaran society. He operates sometimes in support of the Immorese to further his ruse, or so the Orgoth believe, but in point of fact the slippery arcanist may yet be keeping his future options open should the war turn against his new masters. 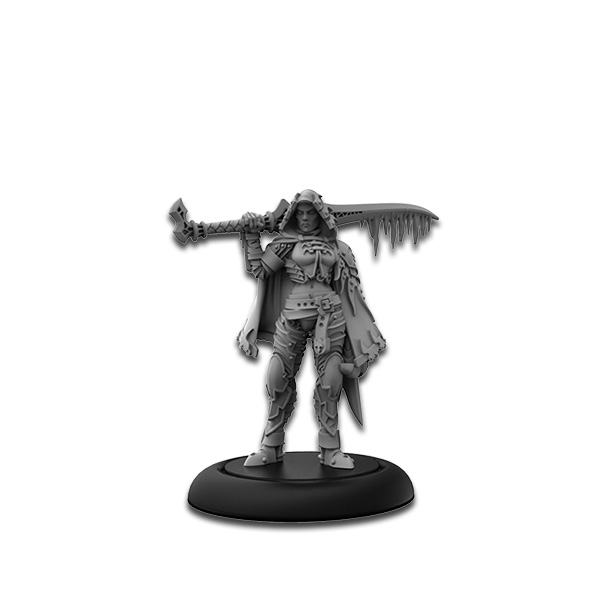 Eiryss was amongst the agents of the Retribution outside Ios when the Sundering separated the quick from the dead. Putting aside her former fanaticism, Eiryss pragmatically devoted herself to the defense and safety of the living Iosans. Viewing the eldritch with deep suspicion, she slipped into Ios at great risk to herself and recovered Voass, the sword of the Winter Father Nyssor, from the fallen Fane of Scyrah, where it was held as a sacred artifact of the lost age. Over time and with the coming the Orgoth, Eiryss has put aside her former hatred and distrust, instead seeking new alliances within both Cygnar and amongst the eldritch of Ios to protect her people from the gathering storm.

Alexia, Queen of the Damned 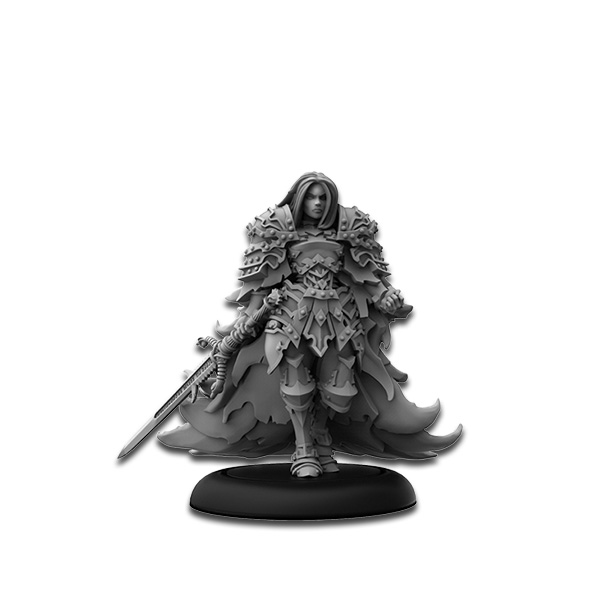 Having survived madness, possession, and countless dangers since she first picked up the cursed Witchfire, Alexia has proven herself to truly be a queen of the damned. The blade, said to have been created by the same Fellgoeth infernals worshipped by the Orgoth, has long since fallen silent under her dominion. Having reaved the immortal essence of the Nonokrion infernals during the Claiming, Alexia turned their power against the Witchfire, dominating the blade utterly. Now the sole master of the demon weapon, Alexia strikes back against the horrors of the world, seeking to defend life against the predations of denizens of the Outer Abyss. 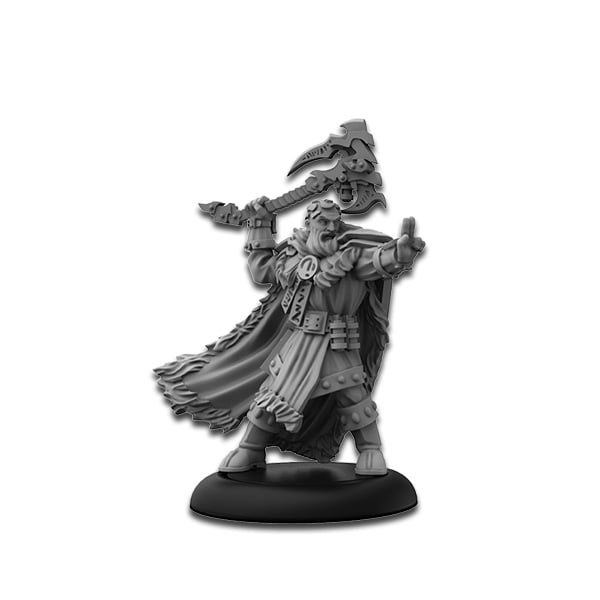 Having fled Korsk at the height of Ayn Vanar’s purge of the Greylords, Koldun Lord Damien Korovnik found himself captured by the Orgoth at the start of their invasion. Now forced into foul servitude by the invaders, Korovnik longs for his freedom and a return to his countrymen, even if it means his certain death. Though the former Greylord fights alongside the Orgoth host, he awaits the day he can strike back against his new masters to redeem some small part of himself before meeting his final judgment.