Warfaire Weekend, my home show with a lot of great memories—including my interview with Privateer Press nine long years ago—was held just this last weekend in lovely St. Louis. And as it was my first show since Warfaire Weekend two years ago, I knew it was going to be interesting and even a little emotional, getting to see people again after being locked away for so long. I was eager to see community members I only see at shows, to meet new people, and finally, to see my coworkers, who I miss getting to talk to! 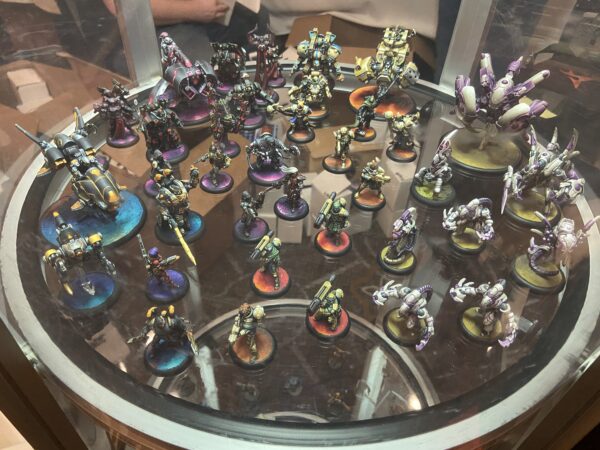 Thursday was set-up day, and I headed into the convention vendor area to start doing a little bit of setting up before the rest of the PP crew arrived on their flights from Seattle. I had my friend and longtime community member Aaron Braaten with me, who was visiting for the show. We usually play multiple games against each other over the weekend and catch up on life in general. Unfortunately, my trunk was full and we had our tourney bags in the backseat, so at some point, vandals made off with our bags! Not the best start to our weekend, but not an insurmountable start.

Later in the day, the PP crew landed and it was great to see my coworkers—it had been an elf’s age since I had seen everyone, especially a few folks who had returned to the PP fold more recently, Matt Goetz and Charles Foster III. Many nights outside PP HQ, Goetz and I had discussed and solved quite a number of world problems before heading home for the night. 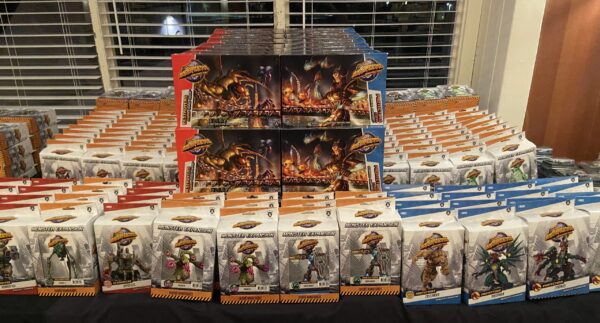 Once the weekend fired up, I was stationed in the store with Convention Coordinator John Swinkels. Many attendees came to visit and pick up loot and of particular interest was Monsterpocalypse—it saw many boxes of product heading to new homes along with a ton of new interest as a result of the Kickstarter! One of the things I missed most about being away from shows is the way players come to talk about what they’re working on and what they’re adding to their collections, so it was great to fall back into this comfort zone with so many people stopping by to catch up or talk shop. It’s truly one of the best parts of any convention, especially this one. 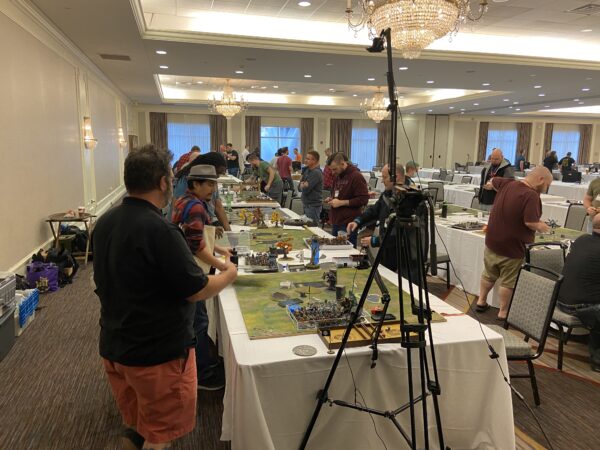 Despite a long time away, I was able to jump in on a couple of livestreams during the WARMACHINE LCQ on Friday. I was definitely rusty on my rules and the new update, but thankfully my announcing partners were in top form and could course-correct all of my mistakes. The players even seemed a little rusty as I saw many games running close on time, but I have no doubt as the tourney scene starts rolling again, the players will continue to refine their game. Most significantly, their sportsmanship was already top tier—I saw many players having great social interactions during their games.

By the end of the weekend I was exhausted. I must have said a few times, “Boy, I am glad this is the last show of the season,” despite it being my first in two years! Interacting, talking models, lists, painting, sculpting—it was so nice to get back to the things that inspire me as an artist and sculptor of our models. This interaction has always been what drives me to keep plugging away and making cool stuff, and this was convention provided the push I was looking for. By Sunday, John Swinkels and I were brainstorming lists and talking about what we need to get when we return to HQ for our new lists! 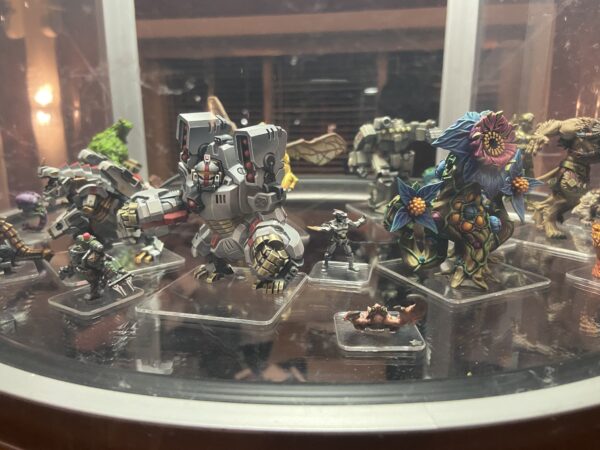 It was great to see everyone and an even greater and timely reminder of the big reason we do what we do. I am already looking forward to next year’s convention season and what armies I will play (assuming I don’t leave them in my car) and who I will see. Oh, I also commented on a livestream that if my pick to win scored the first scenario point I would drop a spoiler. Unfortunately, he simply assassinated his opponent’s ’caster, so all I can say is that patience is a Virtue and spoilers will have to come another day!

Up next week: Warfaire Weekend Recap by Charles Foster III