Wayland Games announces license to produce tabletop experiences based on “Flash Gordon” adventures, as part of an expanding range of titles from Warcradle Studios.

This two-player card game, titled “Flash Gordon: Death to Ming!” is set to release in Q1 2021.

In Flash Gordon: Death to Ming! each player will take on the role of a well-known character from the movie. These characters are split into ‘good’ and ‘evil’ and the players will go head-to-head to determine the fate of Mongo. Each player chooses a character and builds their deck of cards based on that; this determines which cards they will have available to them during the game. 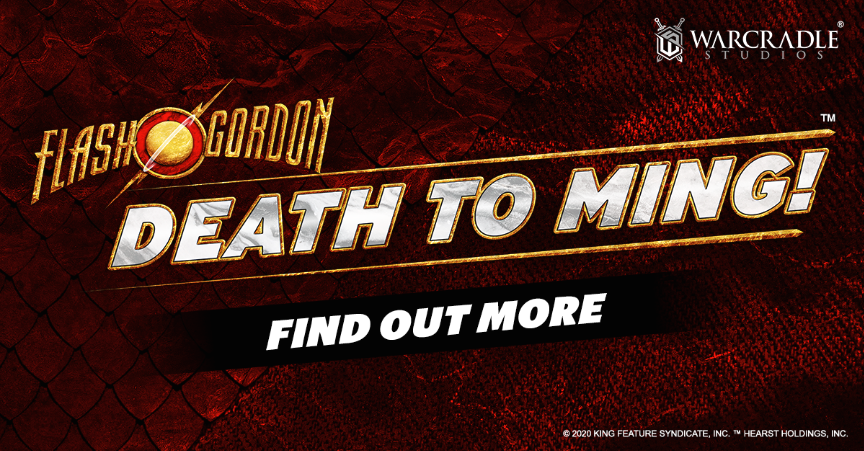