With the Oblivion update quickly approaching, various spoilers have appeared here and there, as have Insiders like this one. But this particular Insider is a little different in that I don’t work for Privateer Press! Some of you might know me as Tom Bell, others will know me as LuckGod, and if you’re a member of the Cygnar community, it’s likely you’ve seen something I’ve written.

I’ve been asked to write this Insider because of my championing of this theme, and I’m pleased to be talking to you today about “Sons of the Tempest”! 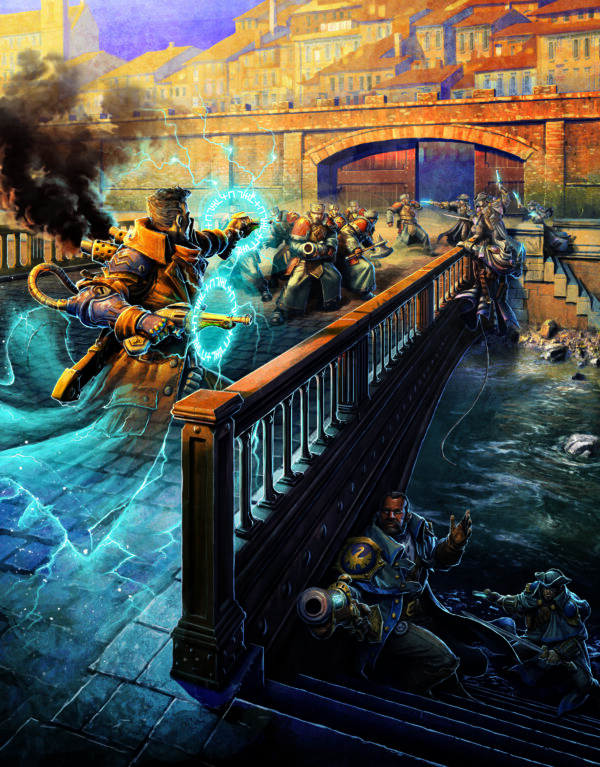 The Iron Kingdoms have a lot of iconic elements unique to the setting, one of which I am particularly fond of: gun mages. These elite soldiers channel their arcane powers into their firearms to produce unique effects. In fact, the first WARMACHINE models I ever bought more than seven years ago were a unit of gun mages and their command attachment, and they’ve seen a lot of table time since then. 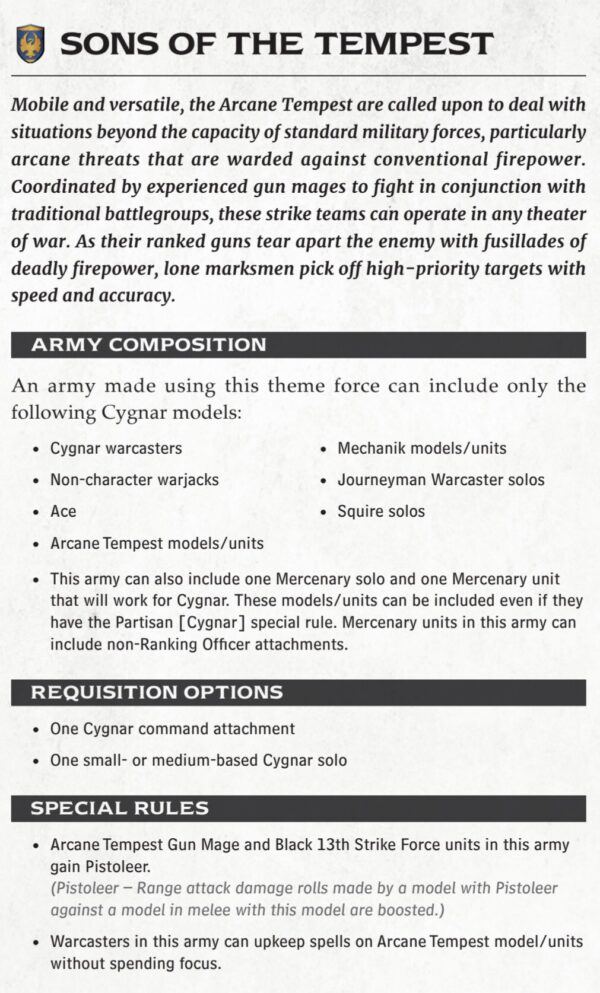 So, what has changed for Sons of the Tempest in this latest update? The main change is that, like all the other themes, you are no longer required to meet certain point requirements to gain access to free solos. Now, if you are playing 75 points, for example, you get three requisition points that can be used to take free options. The other change is that Caine’s character warjack, Ace, is available for any warcaster.

Gun mage units and the Black 13th still get their Pistoleer special rule, giving them boosted damage when making ranged attacks in melee.

Warcasters can upkeep spells on Arcane Tempest models/units for free. This helps reduce the focus burden on Cygnar’s many focus 6 warcasters and makes cycling upkeeps like Snipe between two units much easier.

So, now that the theme is not restricting you to meet certain point requirements in order to get free solos, you are able to bring more warjacks, which frees up list building in a lot of new ways.

When I started thinking about building a list under the new theme system, I immediately thought of Kraye. 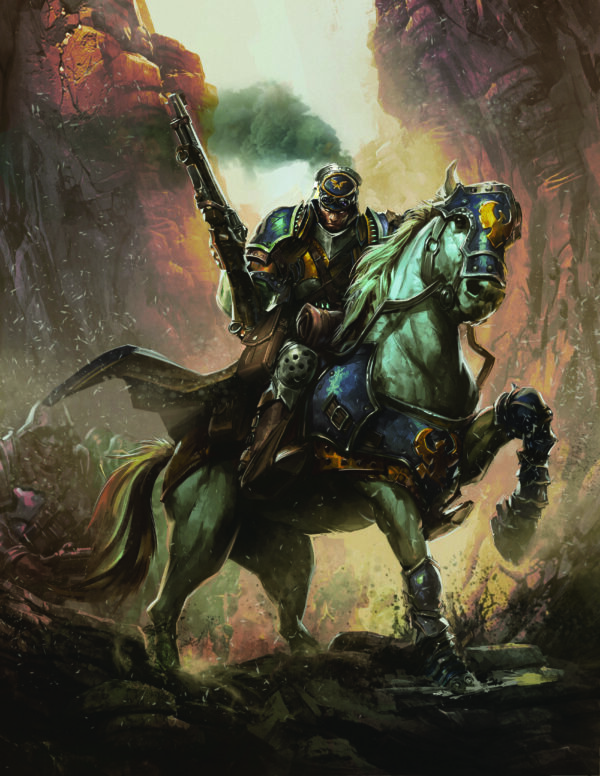 Kraye likes to bring a decent-sized battlegroup, as well as some quality ranged attacks that can help facilitate his feat. Gun mages are a perfect fit for this—their high accuracy and long range are just what Kraye wants.

My idea behind the list is to have a core of Centurions holding zones while being unchargeable, allowing the gun mages to stay a little farther back.

Minutemen make a great contesting and harassment piece and with Iron Horse from Kraye giving them Reposition [5˝] as well as his spell Countermeasures, they can get deep into the other army and shut down shooting that could otherwise threaten Kraye and the gun mages.

The gun mages have a great control effect in their Thunderbolt shot type, which pushes models they hit d3 inches directly away and, on a critical hit, knocks them down. This can also be a great way to clear jamming models engaging the Centurions. If the gun mages are able to advance or charge into the combat, their Gunfighter special rule will allow them to make any of their shot types even while in melee, and the theme benefit Pistoleer will let them hit harder as well, pushing away or killing the models blocking the Centurions.

Gun mages, and especially the Captain Adepts, are amazing at triggering Kraye’s feat (“While in Kraye’s control range, the ranged and melee weapons of Friendly faction models gain Beacon and Flare”). Beacon gives models in Kraye’s army a free charge and +2˝ movement when charging an affected model, and Flare removes Stealth and gives –2 DEF to the model.

This is a great way to speed up the Centurions: combining the feat with his spell Horsepower (warjacks in his battlegroup gain +3 movement when charging or slamming), they can threat 14˝! That’s pretty good for a speed 4 model!

Overall, I’m excited to see what lists the community comes up with now that free points aren’t restricted by how you build your army.

I will, of course, continue to write about Cygnar in the coming months, and I’m looking forward to discovering what the future holds for WARMACHINE…and for Cygnar in particular.

If you are interested in reading my deep dives into Cygnar, check out my blog here, I write tactical articles as well as hobby content based around all things Iron Kingdoms, from WARMACHINE and HORDES to the IKRPG!