For those of you who don’t know me, I’m Graham Davey, writer of the original ruleset. Andy Hobday and I developed the game, and now we’re making plans for taking things forward.

I’ve set up a company called Grey For Now Games, to become the new publisher (if you could see my miniatures collection, you’d know what inspired the name!), and the brilliant team at Footsore Miniatures & Games will be handling casting and delivery. 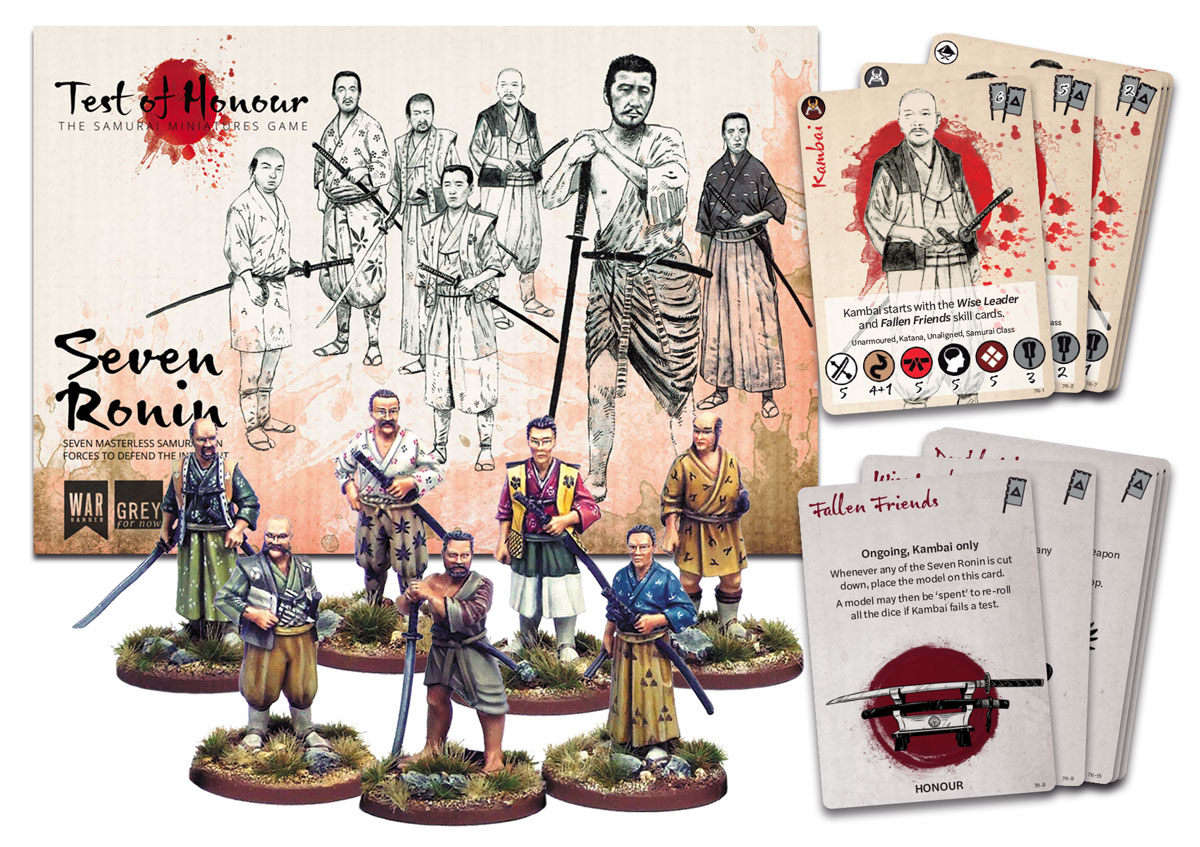 As befits these epic heroes, they have special rules allowing all of them access to Fate cards.

This set is available in our webstore at testofhonour.com.

SO WHAT’S HAPPENING WITH THE GAME?

The original version published by Warlord Games is now off sale, so we are busy working on a new edition to replace it…

Andy and I have been throwing around ideas for ToH2 for a while now, so I thought I would write down the gist of our thinking. This should give you a sense of what to expect from the 2nd Edition, and hopefully a warm glow of anticipation! 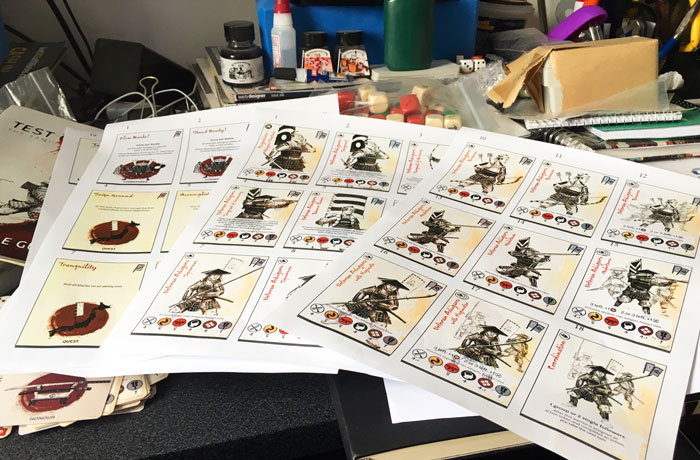 DON’T MESS IT UP!

First and foremost, we don’t want to ruin what is good about the existing game. Test of Honour has been vastly more successful than we ever expected, and it would be insane to change things so much that we lost all the wonderful, enthusiastic fans that are out there already.

So we won’t be messing around with the core rules system. The game will still be quick to learn and fast to play, with those great cinematic moments as your hero slays a whole run of enemies in a single move!

Lots of you have invested time and money in the game over the last few years, so it’s important that we don’t invalidate all that effort.

As such we won’t suddenly restrict which models you can recruit, remove weapon options or anything like that. And wherever possible stats and rules on cards will remain consistent too.

There will of course be new models… we are working with a great sculptor to get some fantastic miniatures created.

We are also thinking about putting out card sets on their own – something many of you have asked for to make it easier to play the game with different model ranges. 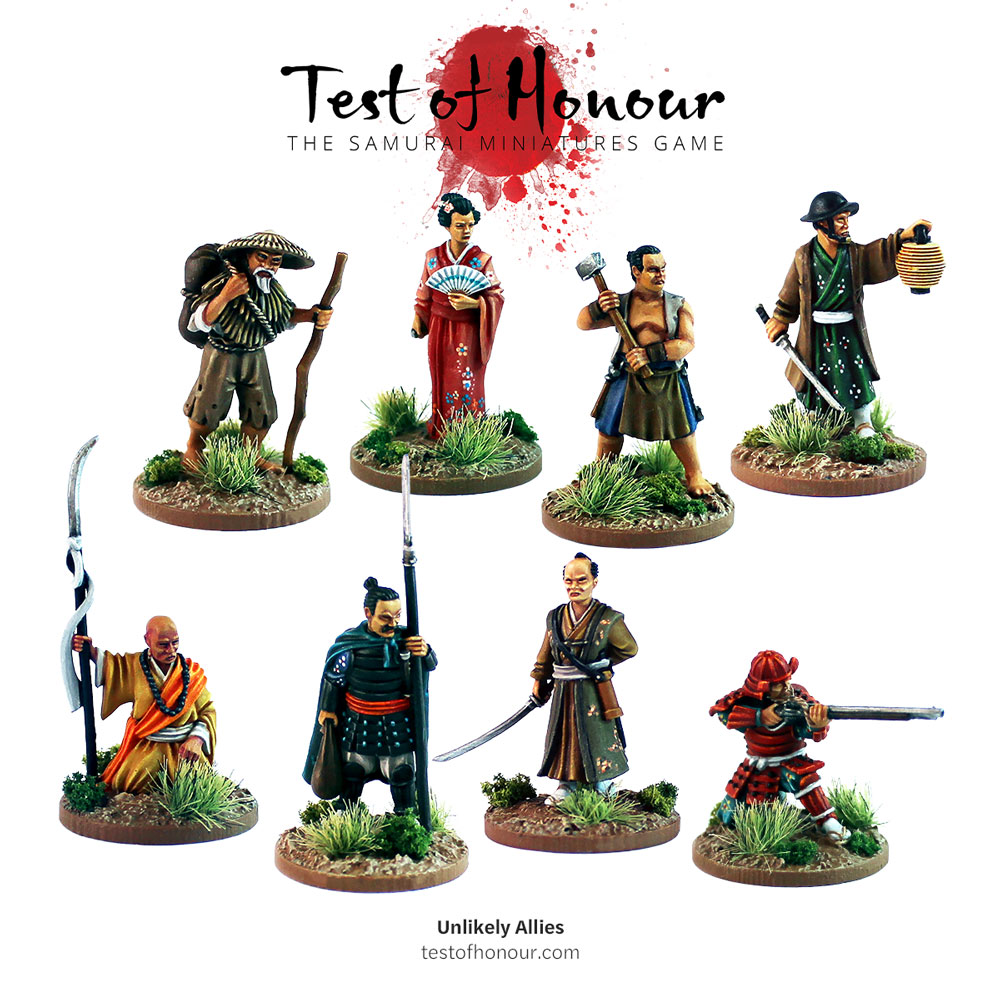 On the whole the rules only need a bit of spit and polish. Thanks to the 32-page limit when I wrote the original mini rulebooks, there are a number of areas that could be explained better and improved with an example or two.

We’ll also include lots of the bits that are currently available in the Optional Rules, and add in the material from the Darkness and Deceit booklet as well, to create a more complete rulebook.

However, it wouldn’t be a proper 2nd edition without a few tasty new changes and additions:

Many of you have commented that cavalry seem too weak in the game, and there have been some fascinating Facebook threads with your ideas on how to redress the balance.

It should be clear that we don’t see a ToH skirmish as the opportunity for the thunderous, galloping, unstoppable charges you would experience in a full-scale battle wargame. Each turn lasts perhaps a second or two, so you would barely have a chance to urge your horse into motion and canter a few steps.

That said we agree the balance isn’t quite right at the moment, so we will be making some tweaks. At the same time, it’s vital not to let things swing in the other direction. ToH is an infantry game at heart, so we can’t let cav become dominant. Expect a light touch!

The more unscrupulous players of ToH take great glee in taking those Dishonour cards to give their hero a boost – who cares if their troops start to lose faith.

We are playtesting a variety of new effects for the cards, so the penalty is less predictable.

But what about all those players who prefer to take a more noble path?

One of the key additions in the new version will be Honour cards. These are essentially the inverse of Dishonour cards – taking a short term disadvantage for a later boost in the courage and loyalty of your troops.

AND THAT’S NOT ALL…

I also have plans to flesh out the campaign system, lots of new Fate cards, as well as a few other cool ideas… 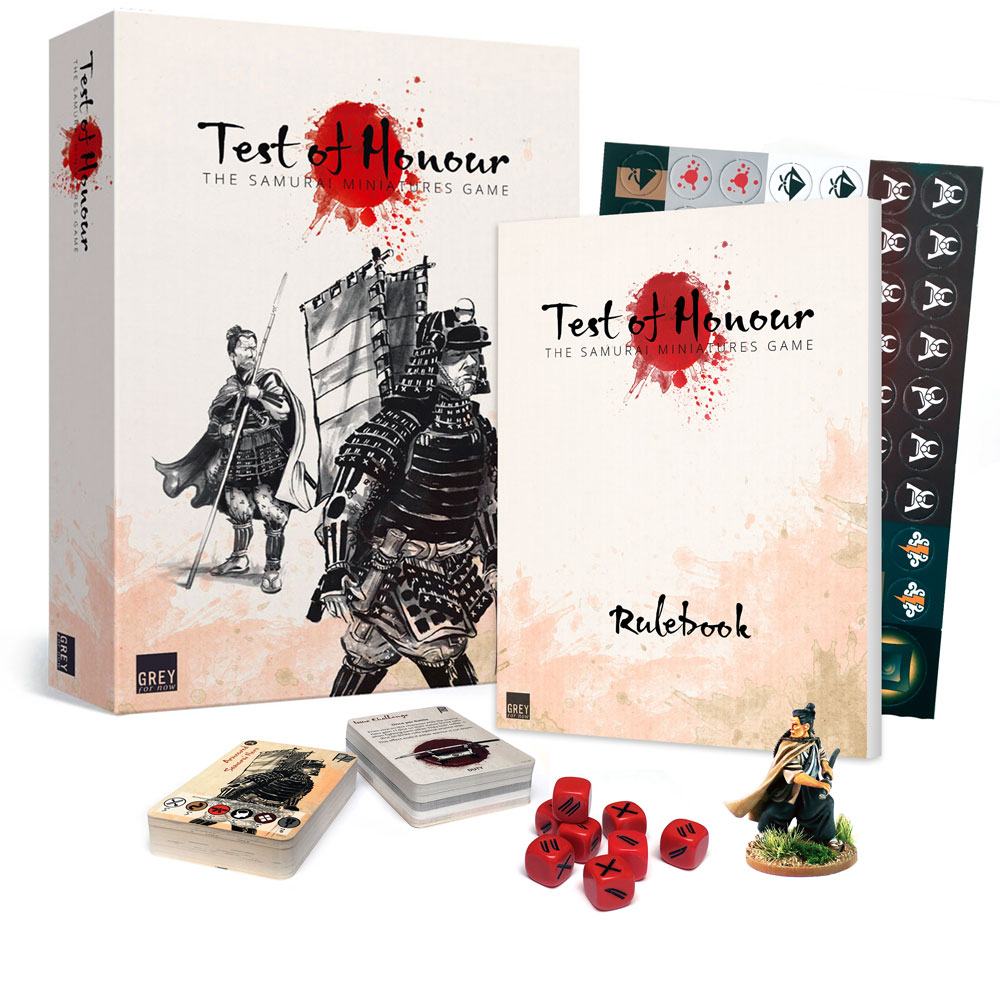 WHEN WILL 2ND EDITION BE READY?

See the full range of products at: