The Israelis captured a number of M113 armoured personnel carriers from the Jordanians in 1967, and after some modifications to suit their needs internally and externially, they eventually went about purchasing more from the US. The M113 underwent a series of standardised modifications to become the Israeli M113 ‘Zelda’ APC.

Mine racks were added to each side of the M113 as well as a rail for mounting knapsacks, camouflage nets, stretchers and tactical callsigns. Often the splash board on the front of the hull was removed due to the lack of water crossings that the IDF were required to conduct. As they had used M106 recoilless rifles mounted on jeeps in earlier wars, by 1985 the IDF had jeeps mounting Improved TOW missile launchers. This light and nimble vehicle could move about rough terrain and be in position to deliver a well-placed anti-tank missile with relative ease. The Israelis received both Willys MD M38A1 and Ford M151 light utility vehicles, many of which were used for scouting and other reconnaissance duties. These Sayeret (special forces) scouts pushed aggressive patrols ahead of the armoured advances, locating enemy postions, and redirecting the advance around them. 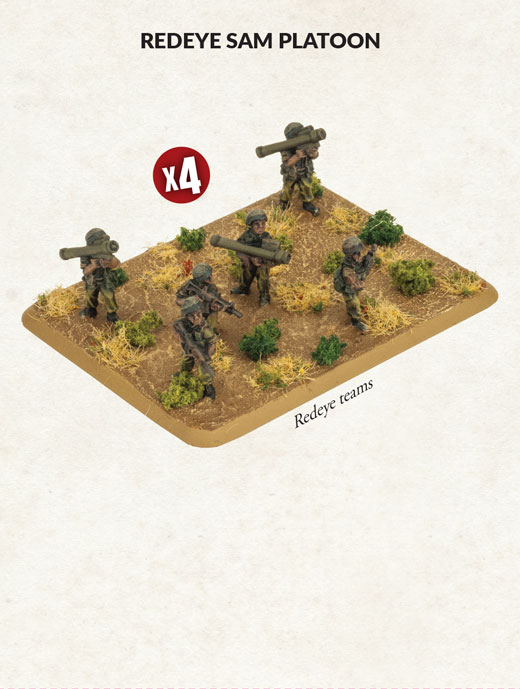 Following the 1973 war the reserve elements of the air defence battalions were equipped with the FIM-43 man-portable air defence missile system. This light weapon could be easily fired by a single operator and used an infra-red seeker to chase the hot exhaust of attacking aircraft.