Among the first warcasters to sign on to Cygnar’s new Storm Legion, Captain Athena di Baro is an expert in combined arms and defensive tactics. Those who follow behind her moving wall of warjacks into battle know Captain Baro will do all that is within her power to see to it they live to fight another day. 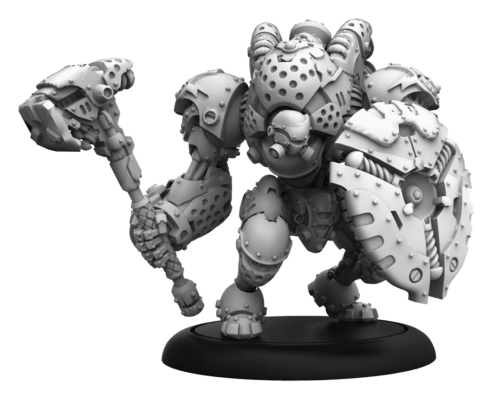 The first wholly galvanic warjack to enter mass production in the service of the armies of Cygnar, the Stryker is powered not by a coal-fueled steam engine but by a mechanikal storm chamber. Armed with a brutal voltaic hammer and a galvanic shield, the Stryker is more than capable of delivering a swift reckoning to any opposition that is unfortunate enough to step into its path.