We’re diving into the arsenals of the English Civil War this week, with a look at the Galloper Gun – an artillery piece that revolutionised cavalry tactics!

During the 16th and 17th centuries, Europe was ravaged by almost unending warfare. With the arrival of the modern nation-state and the genesis of standing armies, the scale of these wars eclipsed everything that had come before them.

Military technology advanced at a ravenous pace, providing new types of artillery and small arms to supplement the serried ranks of pikemen and galloping cavalry. During this period, the armies of various nations experimented with a whole variety of tactics, sowing the seeds that would grow to become modern combined arms warfare.

Combined arms warfare is the principle that all elements of an army – be that artillery, infantry or cavalry, should fight as one. Each element has its own strengths and weaknesses that can be mitigated by other elements, making a more successful fighting force.

Modern mechanised infantry formations are the perfect example of this; tanks fighting alongside infantry mounted in armoured personnel carriers, alongside mobile reconnaissance and light artillery units. Acting as a whole, this force is vastly superior to one just composed of infantry or tanks.

During the 30 Years War, and the later English Civil War, far-sighted generals began to embrace these principles…

Our brand new Galloper Gun allows you to experiment with early combined arms tactics on your tabletop! Designed as a light cannon on a one-horse limber, it could keep pace with fast-moving cavalry units and provide instant fire support. 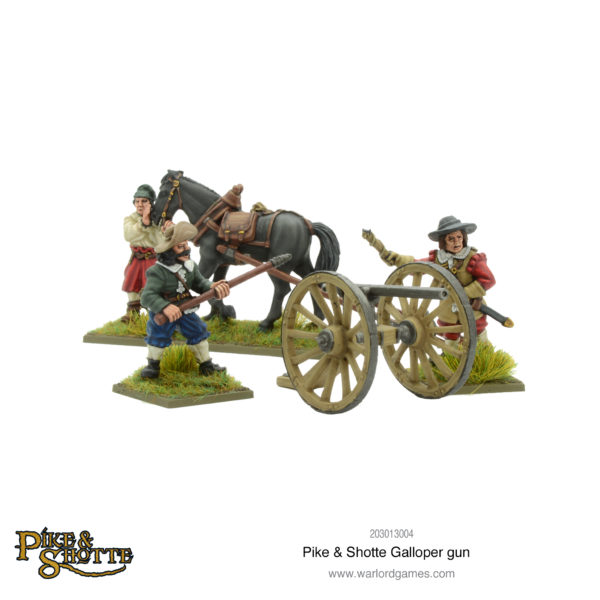 Traditional artillery batteries were slow and ponderous, unable to quickly redeploy and generally only useful when bombarding fortifications or static positions.

Adding a Galloper Gun to your cavalry battalia gives them firepower and flexibility. Dash down that open flank and pour fire into the sluggish pike blocks.

Add a new cavalry wing to your army with this fantastic mobile firepower bundle, including a plastic cavalry battalia and the brand new Galloper Gun at a brilliant price! 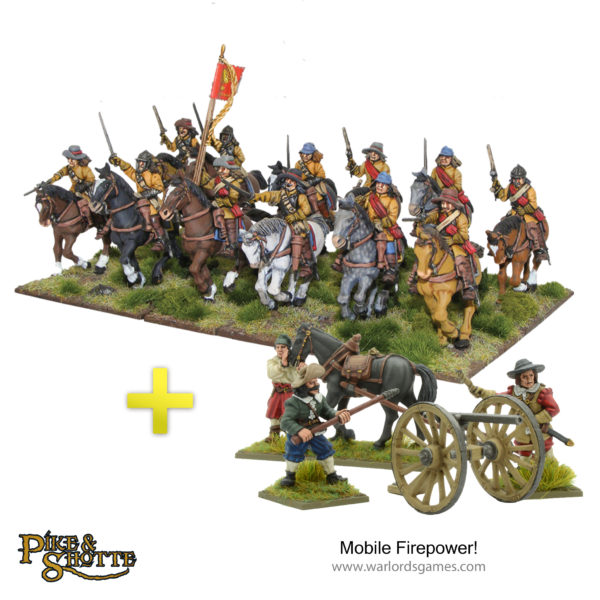