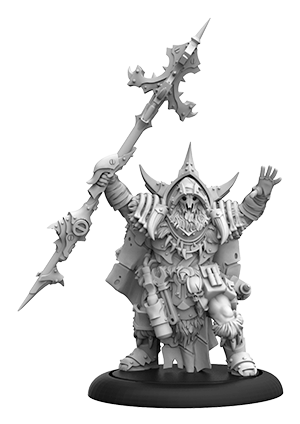 The Vulcar are skilled mechanists and animistic shamans entrusted with the fell secrets of the Orgoth Infernus technology. They know the inner workings and dark bindings required to enslave the spirits that empower the Orgoth’s cruel variant of the mechanikal cortexes that lie at the heart of their own malefic machines. And it is the forge masters who oversee their rituals and grim construction, who shepherd the warjacks into battle and keep them in working condition, ever ready for tireless slaughter. 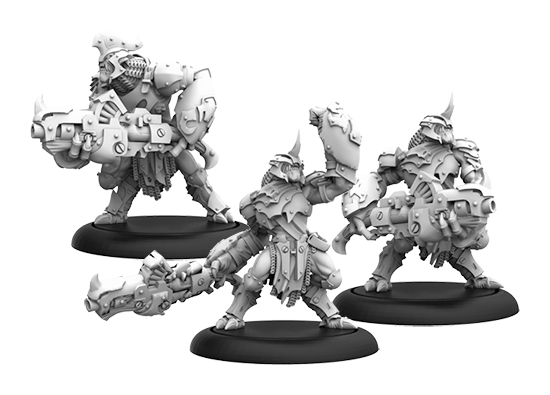 The barragers are a specially trained corps of Ulkors who are armed with powerful, short-ranged cannons. Like their warjacks, Orgoth firearms are powered by Infernus tech Blaze cores, a magical power source fueled by energies rendered from sacrificed souls, a dark adaptation gleaned from their malignant contact with the Fellgoeth infernals. The barragers constitute a mobile artillery force, following the Orgoth host into battle.