The strike reavers represent the massed infantry of the Orgoth host. The most disciplined of all the reavers, they stride into battle armed with powerful Blaze core-powered bolt throwers and stout barbed shields. Locked together in tight formations, strike reavers unleash volleys of lethal fire from behind their fortified walls of shields. 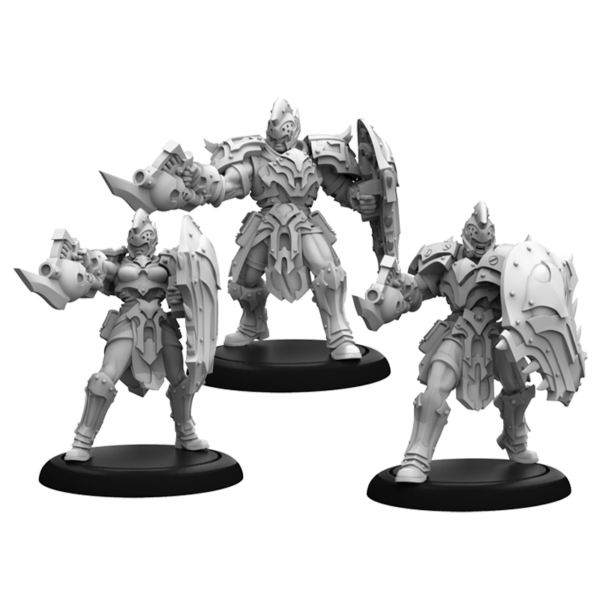 Unleashed to hound those who would be prey for the Orgoth host, the rhoks are vicious scavengers that live high the settled territories and along the jagged coasts of their storm-wracked home territories. The rhoks are captured, broken, and trained for war at great risk to the lives of those who train them. They soar through the air alongside the great black ships, nesting in their masts when tired. With a vast range of miles to fly, the rhoks are a constant, reliable indicator of nearby lands and prey at sea, signaling (or warning) the vessels they accompany. 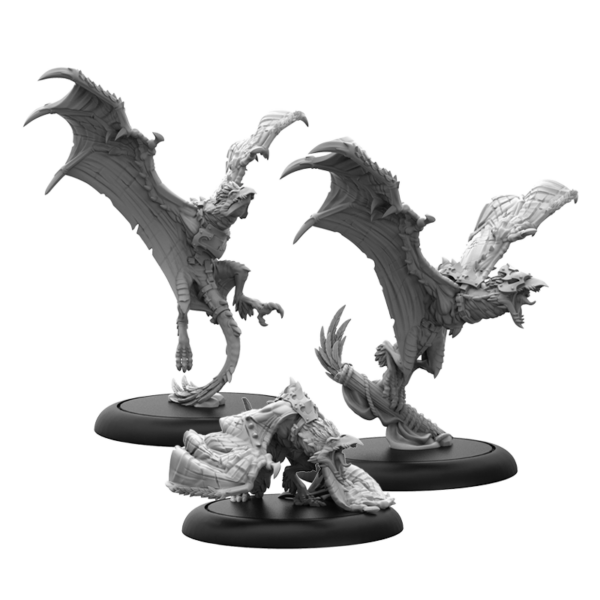