You see, almost nine years back, Emanuel was doing a pretty popular podcast, and they really took me in when I was starting out—having me on the show, talking up my work, boosting my confidence. It was a very cool thing for him and his co-host Charles Arrasmith to do for me, so when he mentioned he was working on Monsterpocalypse and told me what he was working on, I knew it was my turn to do something for him.

While there are multiple models for the Ancient Ones Faction, I am just here this time to talk about one of the major ones: King of Camazotz. As a lover of history, I was immediately interested in the Aztec influence on this monster, AND he was a giant bat, so I was notably excited to work on this one. 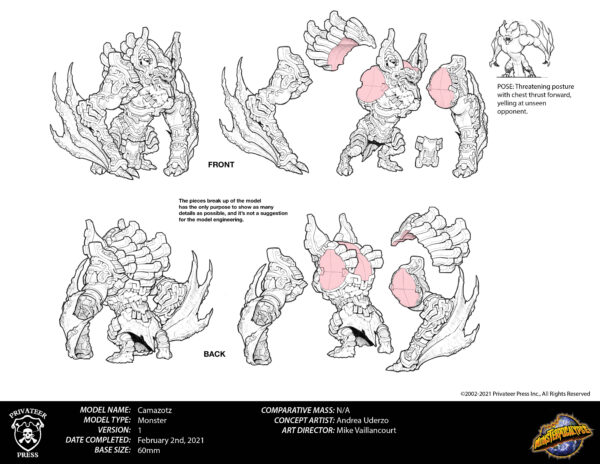 Once I started in on King of Camazotz, I realized something: this was going to be a challenging model. The concept was fantastic, as Andrea always does an amazing job, but despite his clean lines, there was so much detail and a certain style that I wanted to capture. But I didn’t know how and that’s not normal for me; I’ve done enough sculpts that I usually have a good sense for how to execute it from the start.

Over time, I can usually craft sharp shapes into whatever I need, but with Camazotz, the shapes were far from natural. Fortunately, while working on this project several months back, a few other projects came up that were due sooner on the release schedule, so I was able to step away from Camazotz for a month or so. During that time, I thought about our giant bat often and how to make it right. And finally, I came up with a plan, I was going to have to “art the s**t out of it.” That’s a real expression, trust me. I went in and where I am normally fairly scientific about things, I started freehanding the lines and shapes and curves and other weird stuff…and what do you know, it worked! 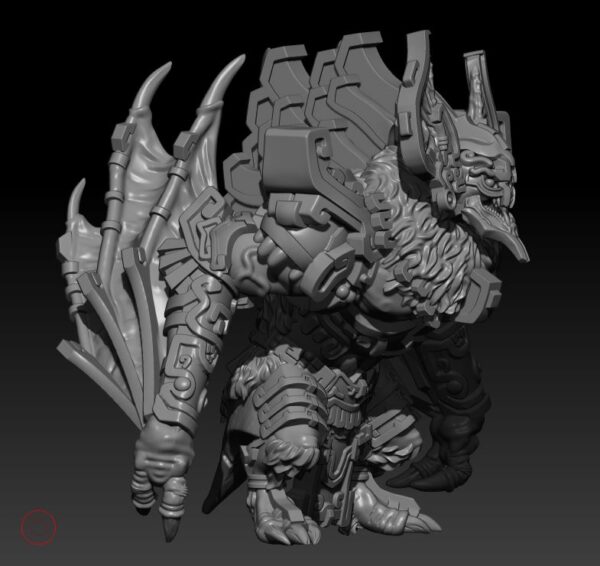 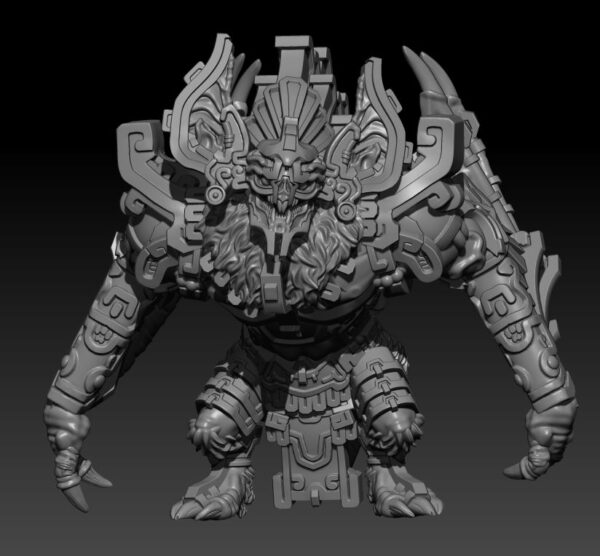 The last great note of interest about Camazotz and me coming back to Monsterpocalypse was that Erik Swinson has been painting a lot of models for us. It’s been no secret how much I love his work—I’ve been expressing fanboy levels of compliments about him for years now (happy the rest of you are finally catching up!), and after seeing this piece, I am turning my fanboy level up to 11 and drooling more than usual. The truth is, I am blown away by his work in general but to have him paint this particular piece makes me exceptionally proud to have been a part of the entire process! 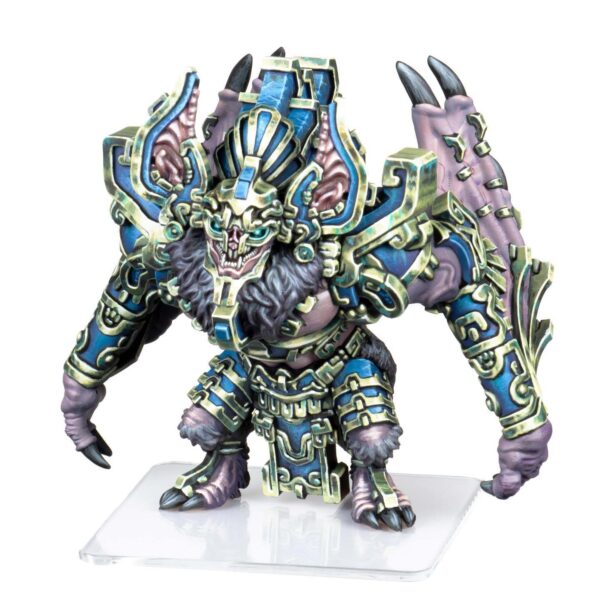