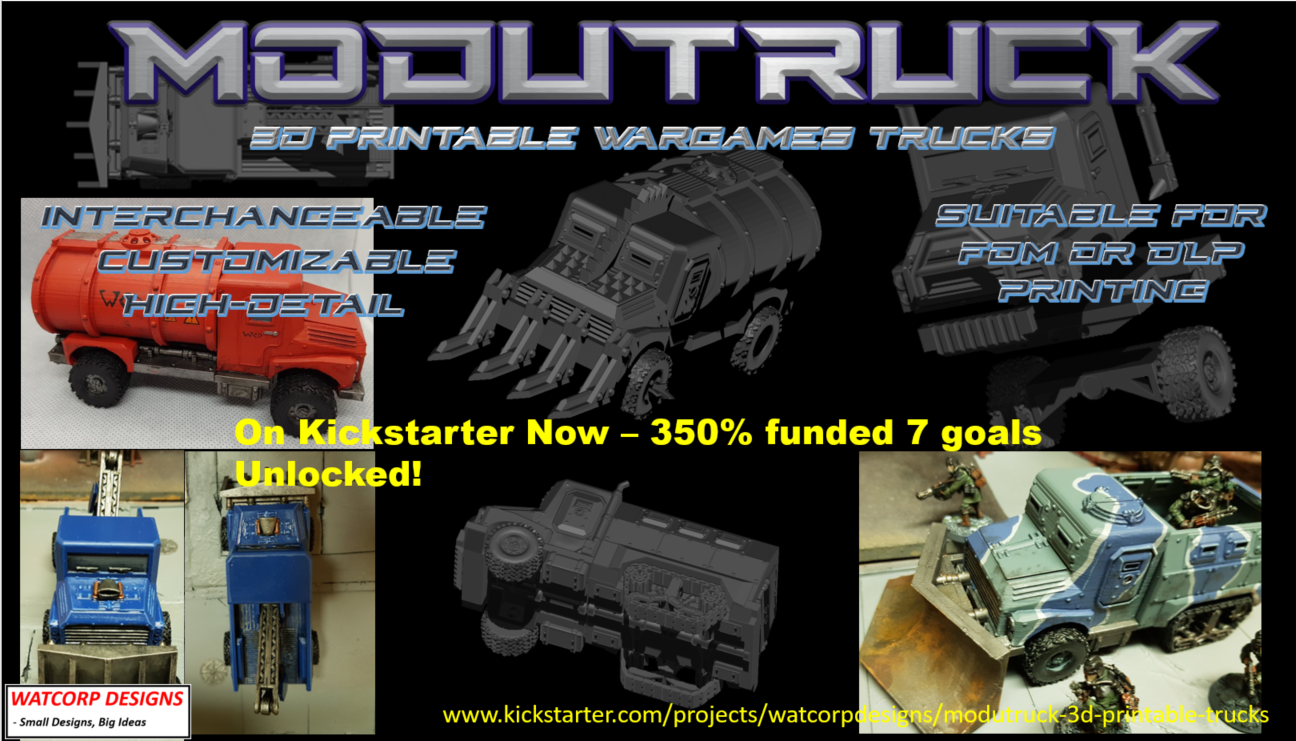 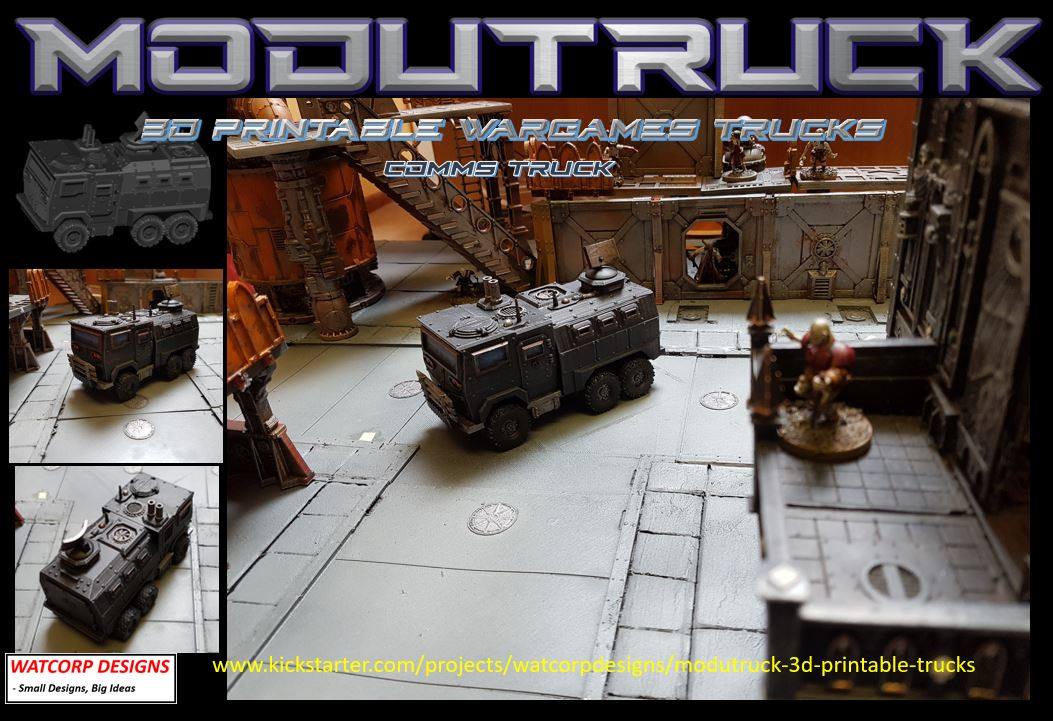 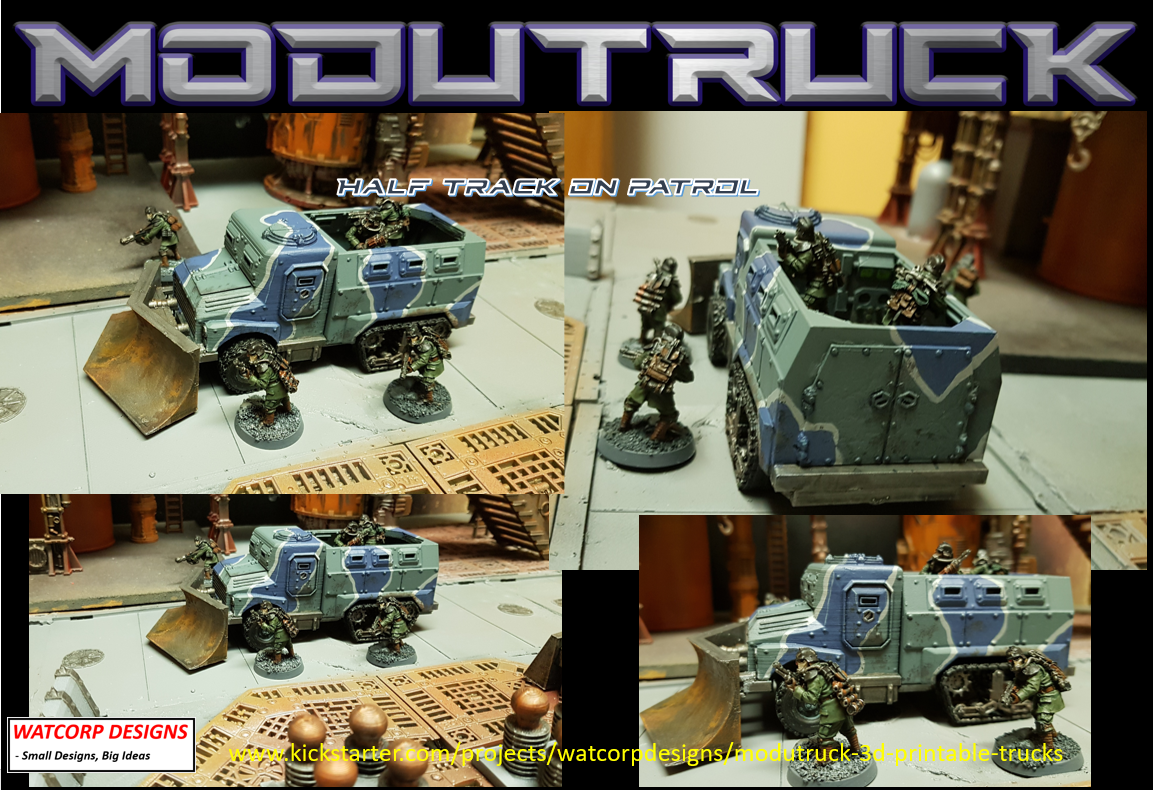 To see more of our designs checkout us out on Ebay and ETSY!

This concept for this Kickstarter was to develop a range of alternative Sci-fi/ near future civilian vehicles with interchangeable cabs, wheels and backs.

All files have been designed and tested to print on FDM printers without requiring supports – this means 1 less step between printing and getting a great looking model.

All files are small enough to be printed on common low cost Resin printers for those wanting maximum resolution. Even the largest fit on a standard build plate without further sub slicing.

All files are broken down into various sections allowing inter-changeability between Cabs, Rears, Bases and Axels, as well as the additional upgrades (and stretch files)

If you want a civilian pick-up – done, Armoured Towtruck – simple, Milk tanker with ram bars – why not!

Get all the files in this kick starter plus all the files from the previous MODURAIL Kickstarter – a big discount on both sets of files!

click here to pledge now or read on for more stretch goals and painted examples!

Prepare for the End of Days by Pimping your truck with spiked plows, armour spikes and wheel blades,

Fix up your looted truck with extra armour plates and idols,

Upgrade your pick-up back with a hastily mounted machine gun or rocket launcher for when things get rough,

Turn your half track into an armoured command vehicle with a solid top and coms unit or an armoured support unit with a turret. 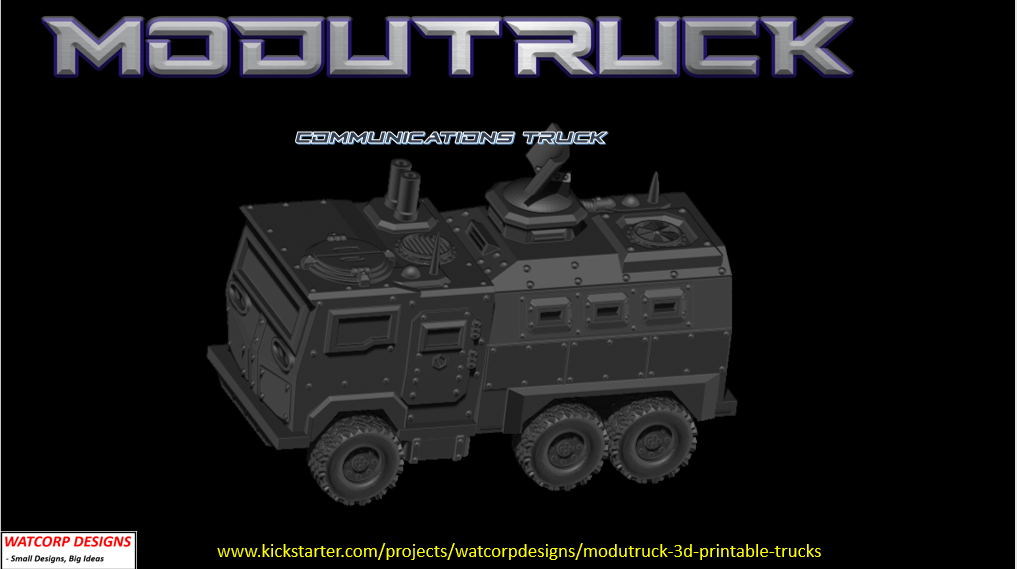 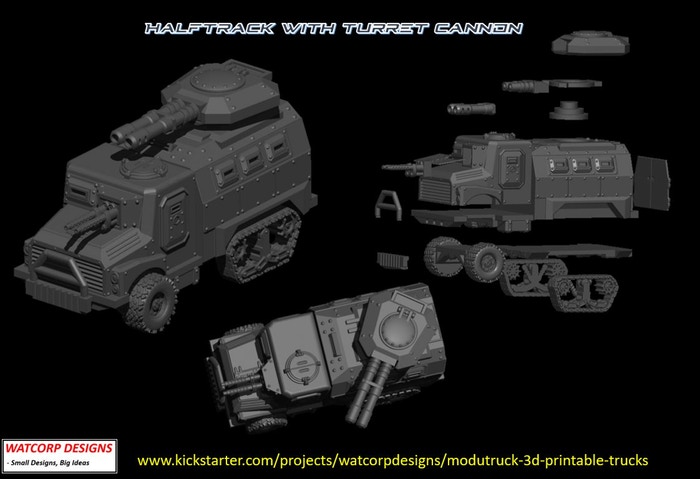 Turn your half-track into 6 wheeled armoured car with a wheel upgrade.

Trucks not big enough? make way for its big Brother  – the Articulated Lorry

The Big Daddy of the Trucks – Articulated Lorry with Armoured Cab and an Armoured Trailer bristling with ordnance.