The KPA BTR-40 APC was a Soviet-designed troop carrier that first saw service in the Korean War. Quicken your advance with this nimble transport!

Primarily used by the North Koreans as a transport for anti-tank guns and heavier anti-aircraft guns, The BTR-40 APC was nevertheless used to move troops en masse. The KPA had adopted Soviet mechanized doctrines after all. It was vehicles like the BTR40 that provided the swift education needed in logistical warfare.

In its original variant, the APC had a carrying capacity of eight soldiers. However, it soon was modified to the BTR-40A. This was designed as a mobile anti-aircraft vehicle, but could also be effective against light vehicles and infantry. In this configuration, the manually operated turret sported twin 14.5mm KPVT heavy machine guns.

The Korean Peoples Army list in Bolt Action Korea allows you to select either the BTR-40 APC capable of transporting 8 infantry, or the BTR-40A  for a little extra firepower. 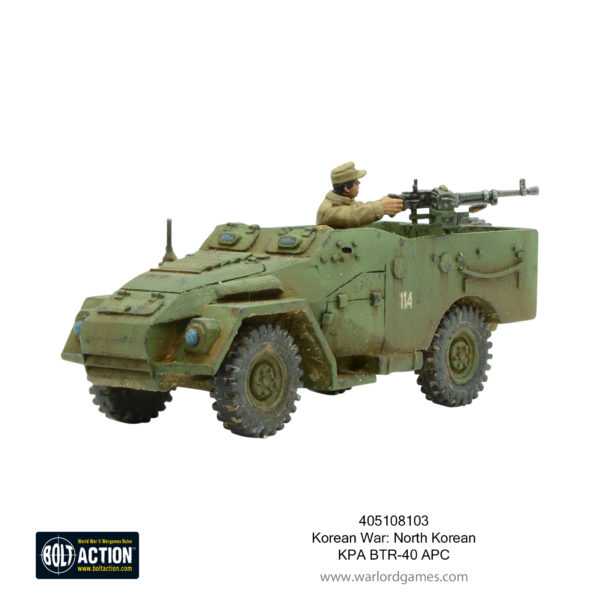 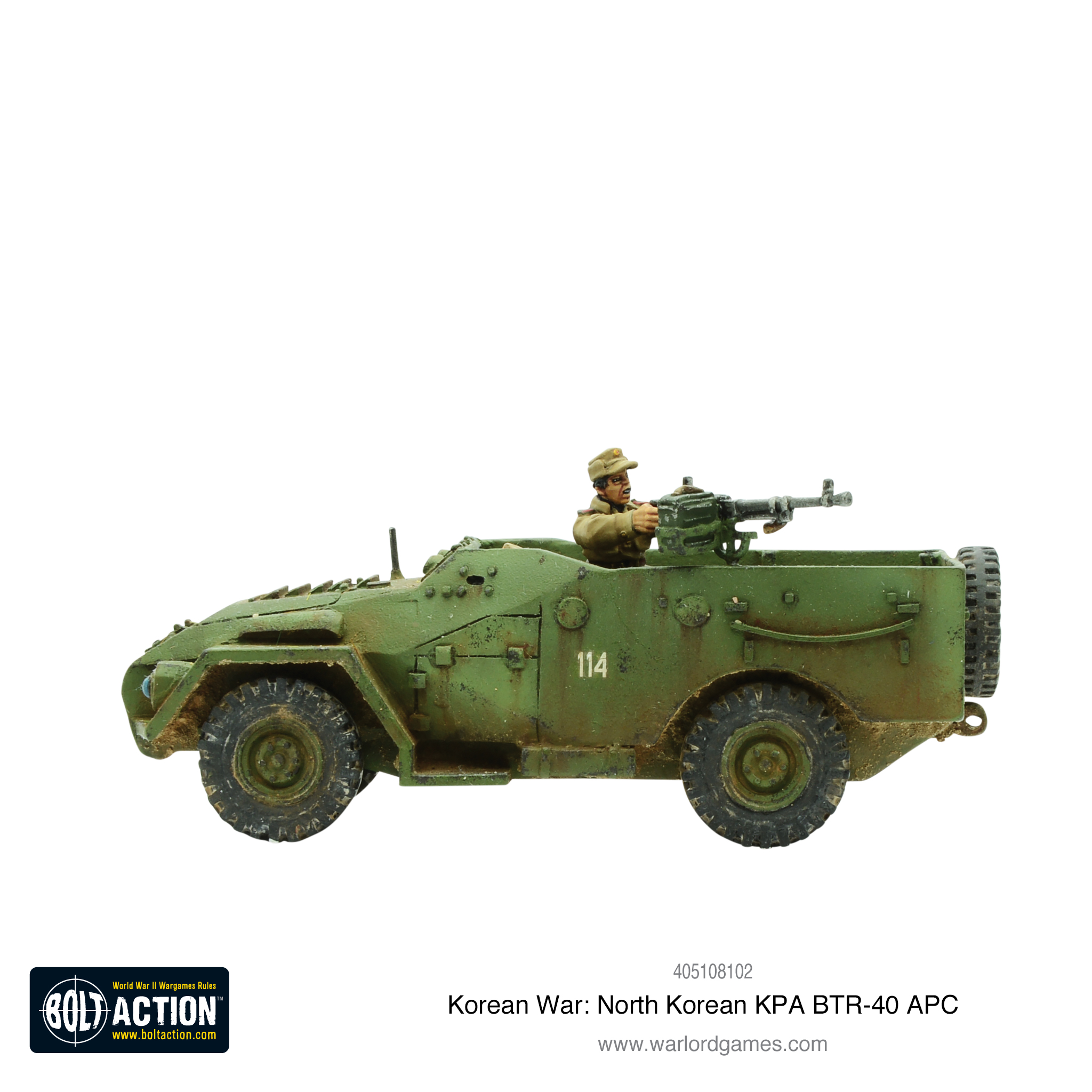 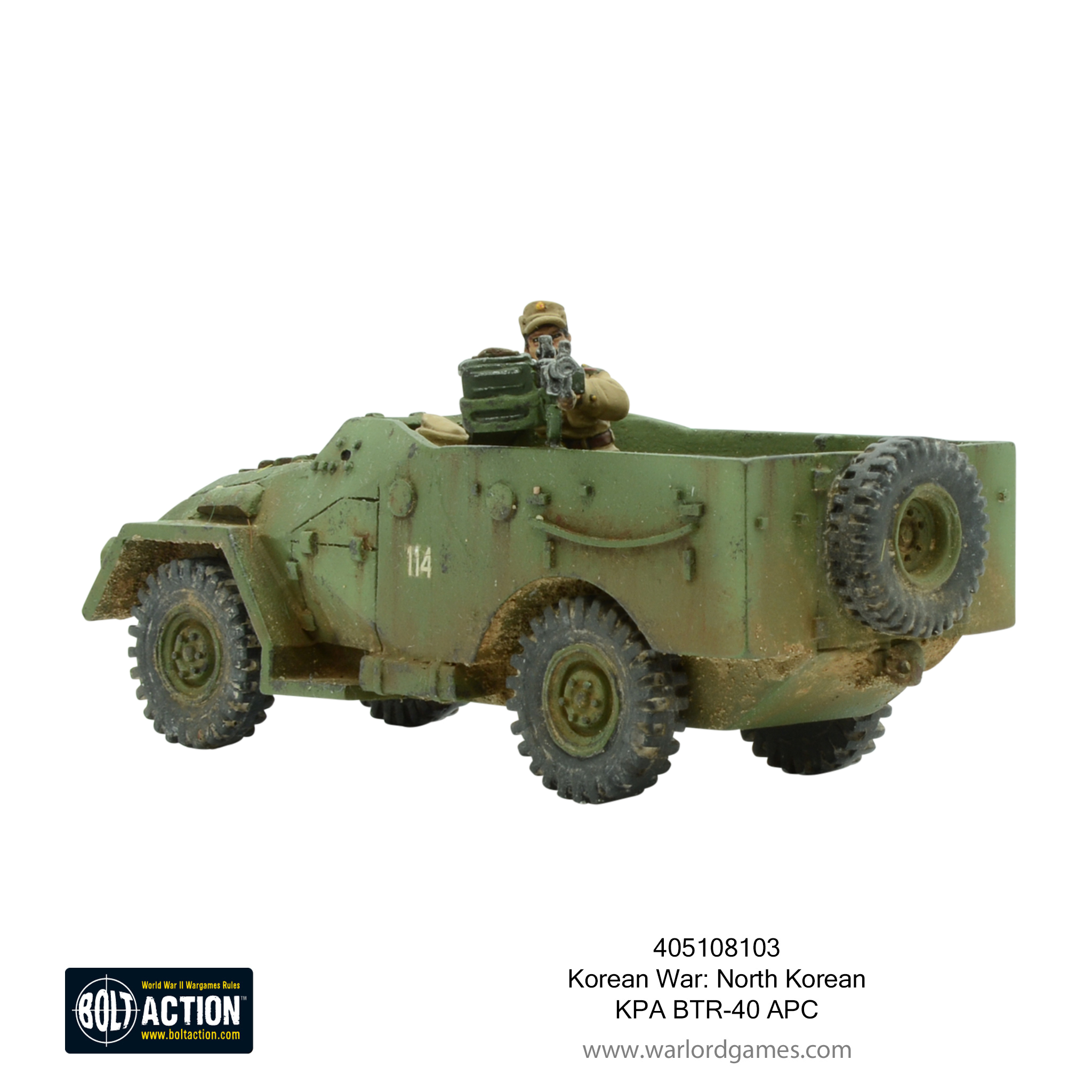 Get started with Bolt Action: Korea

Your starting point for re-enacting the ferocious battles of the Korean war is the Bolt Action: Korea book. It is crammed with history, army lists and scenarios.

Inside the book, you’ll find a comprehensive history of the conflict with details of every major battle fought between the two sides. It also includes details of the various forces and their organisation, commanders, and equipment. Scenarios are provided for many of the battles, along with comprehensive force selectors to help you assemble your force. 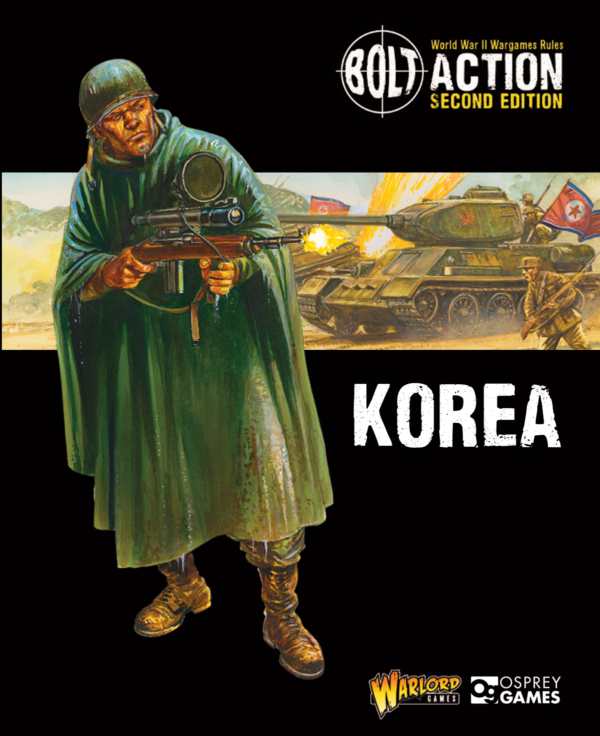 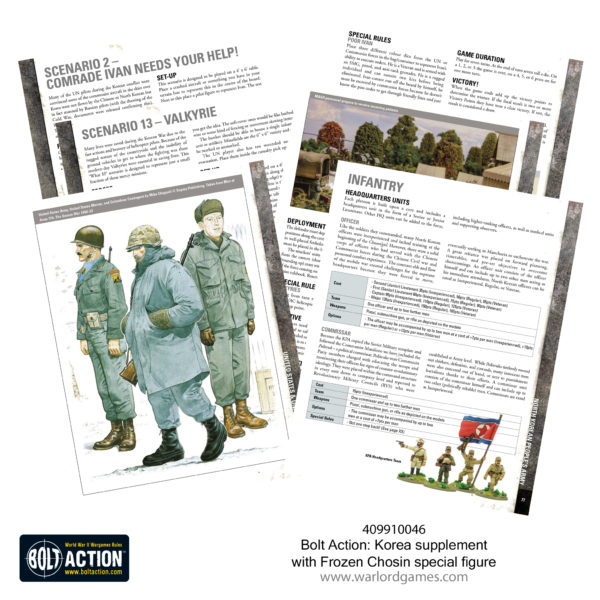