We continue our series of interviews with the writers of the upcoming Iron Kingdoms Kickstarter (coming soon!), this time with one of our most popular writers, Orrin Grey. In the aftermath of Oblivion, with so many souls lost and vanished, Orrin in the perfect author to step in and consider all things spooky about the Iron Kingdoms these days…

I’m Orrin Grey and, when I get the opportunity, I write about monsters, ghosts, and sometimes the ghosts of monsters. My spooky short stories have been collected in three volumes so far and have appeared in dozens of anthologies. I’ve also written pretty extensively for Privateer Press in the past, including work for the previous Iron Kingdoms RPG and the novel Godless, to name just a few.

I’ve been a fan since the very early days, when there wasn’t much more to it than the original Witchfire Trilogy. 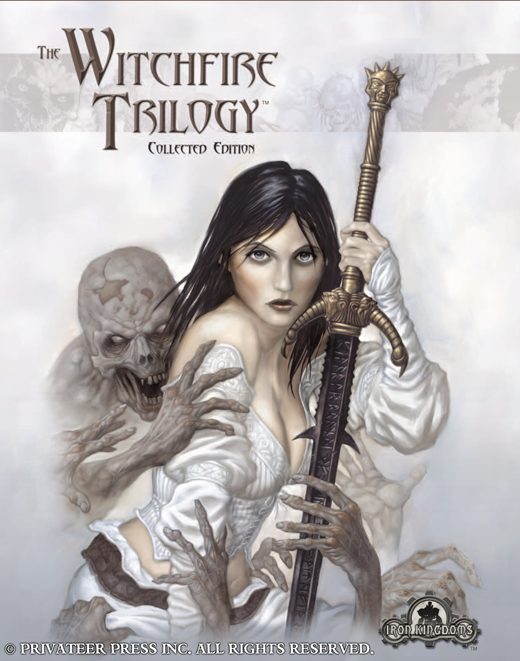 For me, writing is pretty much always a journey of discovery. Working from any kind of outline has always been something I’ve struggled with, as I tend to write in a way that lets me get the feel for the piece as it’s taking shape. That said, most of the stuff I’ve done for Privateer Press has been work where I had a certain remit—a word count that I needed to hit (or stay under), beats that needed to be covered, that sort of thing. So I at least knew what the material needed to be before I got started.

I’ve worked with other writers in the past, but rarely as collaboratively as we did on Borderlands & Beyond, where we were all cooking up our various respective contributions in unison, with each one feeding into the other as we built out parts of the Iron Kingdoms that had either never been explored before or had changed drastically. It was a lot of fun and very energizing!

The Iron Kingdoms has always been one of my favorite fantasy settings. What sets it apart most obviously from the others is its technology, which often more closely resembles World War I than medieval Europe. But what I think really makes the setting special is how real, how lived-in it all feels. From the aforementioned technology to the monsters in the Monsternomicon, everything in the Iron Kingdoms feels, to me, like part of a living, breathing world, rather than just stats in a book—and we all tried hard to keep it that way.

I don’t know that confidence is the key factor for me, but I don’t often playtest my own work, often simply due to the realities of the deadlines that accompany writing for a gaming project like this that has a lot of moving parts. In my case, I’ve been lucky to usually work with folks like Privateer Press who have playtesters who go through everything before it sees print. That said, it doesn’t hurt to have spent a lot of time playing RPGs over the years, so you can at least picture roughly how all the various elements play off one another as you’re putting them together.

Don’t get too attached to your own vision of how you think things should be. I don’t know that it’s a taboo, per se, but it’s the biggest piece of advice I’d hand out to someone who wants to get started in this field. Like playing RPGs, writing them is a highly collaborative process that brings a lot of different voices and perspectives to the table, and flexibility will get you a lot farther than an uncompromising vision will.

What excites you the most about the material that you or someone else has written for Borderlands & Beyond?

I’m really excited for players to get to see some of the new class and subclass options—and, of course, this is me, so I’m very excited about some new monsters that are going to be showing up for the first time—but I think the thing that was most exciting to actually work on was getting to explore the nation of Ios, which has been mysterious for as long as the setting has been around and which has changed drastically since the Claiming… 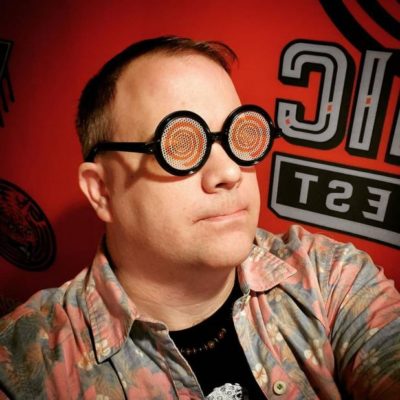