In our ongoing series of behind-the-scene interviews with the writers of the latest Iron Kingdoms RPG installments (Borderlands and Beyond, Borderlands Survival Guide, and the adventure Shadow of the Seeker), we introduce AJ Beamu, whose author photo should tell you a lot about him…

Your author photo notwithstanding, can you tell us a bit about yourself?

Well, some will know me as the video producer “the Servant of Nyrro,” and as such, I’m a seven-year player of WARMACHINE & HORDES (having dabbled in Cryx, Circle Orboros and Convergence of Cyriss, though always returning to my “spiritual” Faction home of the Retribution of Scyrah) with a few IKRPG campaigns played in that time as well. 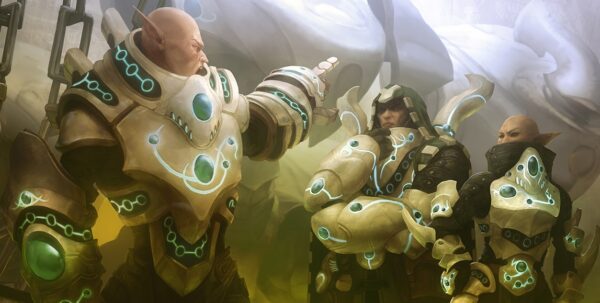 I first learned about the Iron Kingdoms by watching small 25-point games of WARMACHINE between a couple friends in late 2014 (I distinctly remember Ashlynn vs Lylyth1, some of my own early games being amusingly torturous for the Ashlynn player to whom I reiterate: sorry for the parking ticket!). Combined with a small collection of blisters of Retribution of Scyrah solos (& Hyperion, who soon followed), I bought in as the resident elf player (irrespective of game system) and didn’t really look back, always enjoying Kaelyssa both as a fun character in-world (well, “fun” for a xenophobic extremist, at any rate) and as a flexible warcaster on the table.

A bit of both…

Generally, I like having a solid foundation of in-world knowledge going into any project of fiction, and so once the general direction of the work is known, I can easily lay out a path that I’ll follow based on research. However, as it’s a collaborative process, it’d be silly not to be open to the ideas of fellow creators who can educate me in ways that just reading source materials cannot (whether it is a different interpretation of said material or speculation down a line that is just as plausible and authentic to the setting).

“Chill,” for lack of a better way of putting it. Originally, I believed communication with the rest of the group would be awkward due to being rather geographically isolated (i.e., unfriendly time zones for larger group discussions). But things worked out neatly, and I nonetheless found discourse with the others productive and fun and nowhere near as hectic as I thought it would be, with the time difference having little overall effect on how things proceeded. 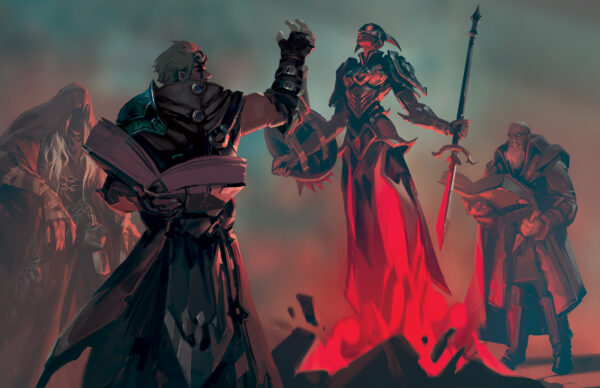 The nature of the setting is quite far removed from other game worlds (breaking a great deal of the regular fantasy and even steampunk tropes), with an often mortal price attached to the use of magic, the gods having a material effect on the dynamic and balance of power (after a fashion) within the universe, and the world capable of and undergoing not insignificant change, meaning there is no comfort zone that lasts indefinitely for any individual. This fluidity of the setting is a welcome challenge, allowing for the introduction of new ideas whether it is in how a race, nation, or religion can (and often will) adapt to what the world subjects them to.

As I was not part of the rules development side of the project, I can only speak to what I observed among the rest of the group (which could also be applied to myself): never keep anything to yourself. This is not necessarily because said “anything” might be a bad idea, but rather it is always, at the very least, something with the potential to be a great idea with previously unintended applications that can result in a net gain (in both gameplay and world building).

What excites you the most about the material you or someone else has written for Borderlands and Beyond?

The continued evolution of the (playable) setting that isn’t really found in any other game world of this scope (as in an RPG and a tabletop wargame). More specifically, I’m excited for the new content for the Rhulic dwarves (a soft spot for Ios notwithstanding). 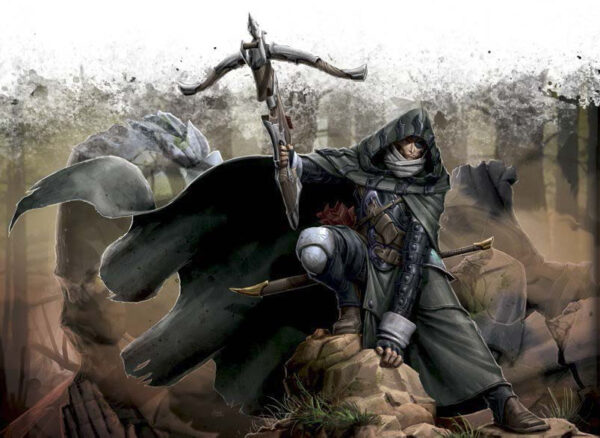 Chemistry, entomology, education, mage hunting and extermination. AJ has studied in many different fields, both professional and personal, and he brings at least one of these skills to bear while working in the Iron Kingdoms.

Get signed up to be notified at launch of Iron Kingdoms: Borderlands & Beyond at https://www.kickstarter.com/projects/privateerpress/iron-kingdoms-borderlands-and-beyond