For this art Insider, I’d like to tell you about some of the art that is going into the new IK RPG books and showcase two of my favorite subjects, locations and creatures, by highlighting one piece from each of those categories so as to leave plenty to be discovered when you get your hands on the books!

To start off is the Iosan Moon Arch, which was described as being similar to the St. Louis Gateway Arch…if it had been made by Iosans. It spans a large lake with several small structures dotted along the lake shore. Illustrating this location was Hardy Fowler, who sent me the sketch below, and I got to work adjusting the composition to match an 8.5″ × 11″ aspect (portrait aspect ratio) and adding a bit more to the overall narrative. 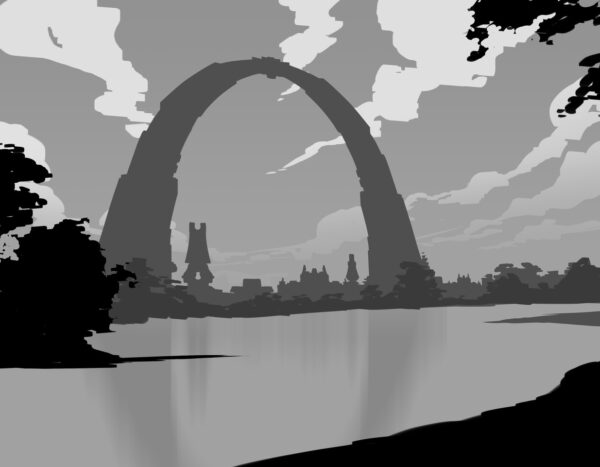 Within the list of adjustments, I asked for a more dramatic god light streaming through the clouds, some characters admiring its majesty, the tree framing pulled in on either side, and a flock of birds added to help establish scale. With those notes, Hardy delivered a final illustration a few days later. 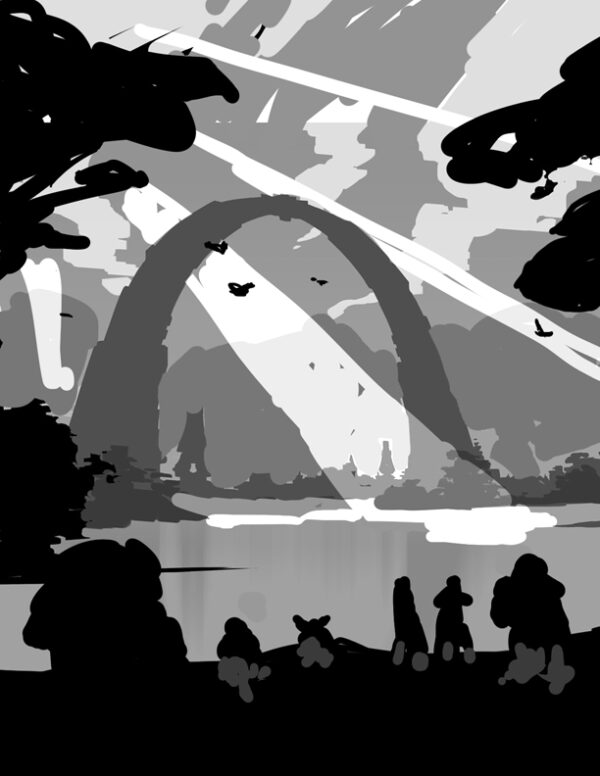 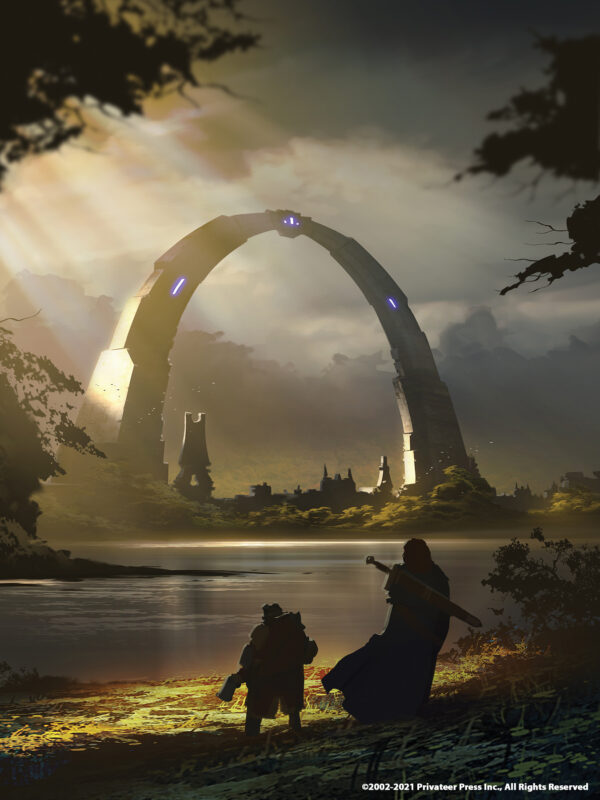 Next up, a creature. There are several new creatures in this section to choose from, including an addition to the list of drakes, is the timber drake. Timber drakes are among the rarest of the drakes, and it grows to full size in only a few months. After reaching its adult size, its body undergoes a rapid cycle of shedding in which it sheds its outer scales and the layer beneath grows in thicker and more pronounced. What this ends up creating is a bark-like skin textures with tumorous growths that look like burls on old trees and which grow into branch-like structures. 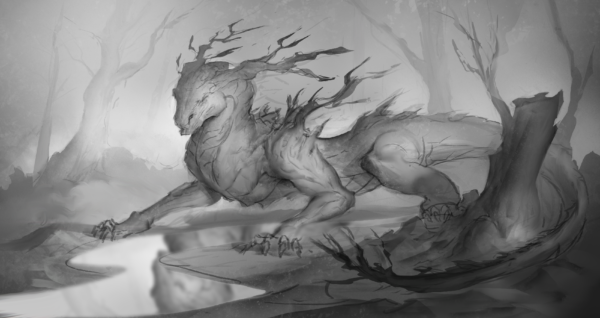 Taking on this assignment was Tyler James. In his first sketch, Tyler covered almost all the bases in the description. The main request I had was to double the amount of growth so that it could curl up and blend in with a bunch of fallen timber. With my rough sketch, Tyler produced the approved final illustration seen below. 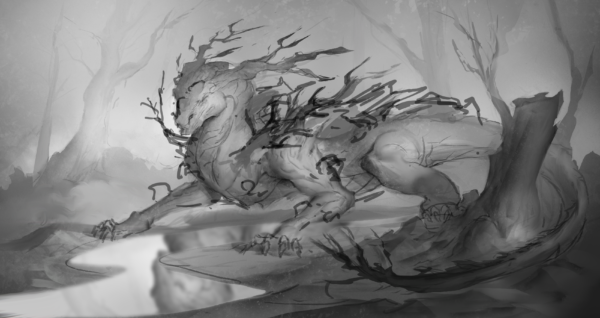 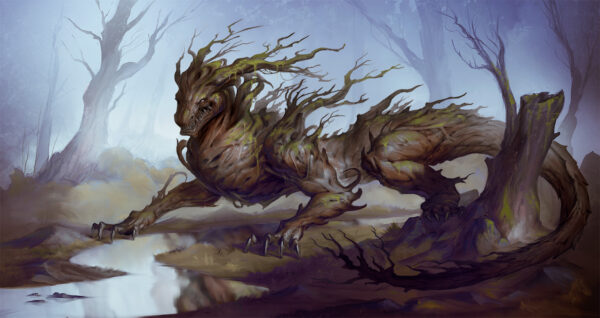 I hope that you’ve enjoyed this brief peek behind the curtain for the new content going into the latest IKRPG books. For all of the RPG players and GMs out there, I can’t wait for you to get a chance to check out more of the setting, which should be available in digital format soon!

The post Iron Kingdoms Borderlands and Beyond: Drakes and Discoveries appeared first on Privateer Press.