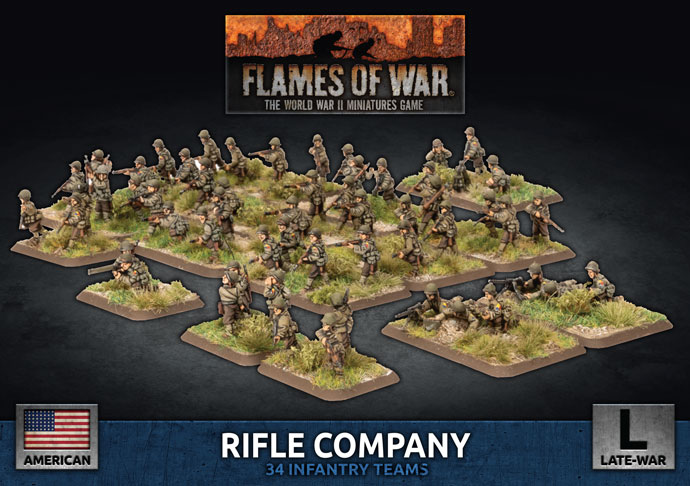 The bulk of US infantry in Normandy are from the rifle companies. These are large formations, backed up by a tremendous amount of firepower support. American artillery, tanks, and reconnaissance are never in short supply for the American ‘doughboys’ 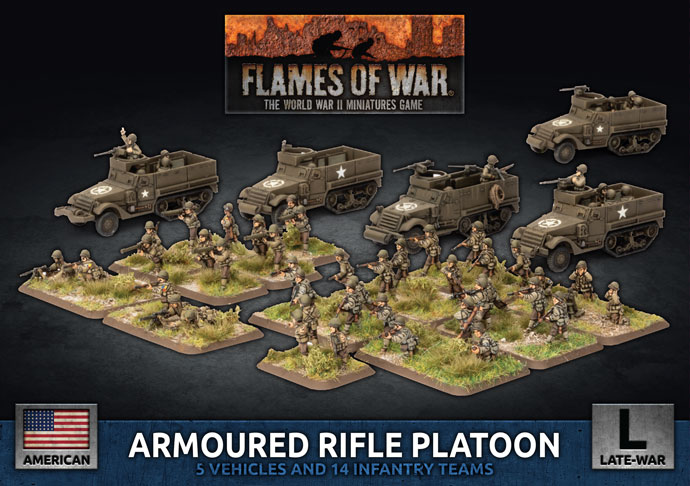 Mounted up in M3 Half-tracks, these troops are highly mobile and well armed. The ‘armored doughs’ are well supported by the division’s tanks and tank-destroyers, making them an unstoppable force in the field.

For many ‘Armoured doughs’, Normandy will be their first real fight. The enemy is dug in and expecting them, but the armoured infantry is lavishly equipped with machine-guns, bazookas, half-tracks, and tanks—more than enough firepower to defeat the enemy. 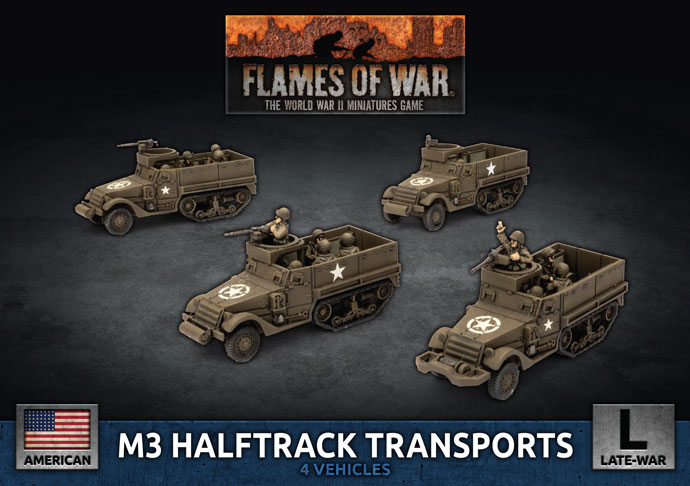 The M3 half-track is the essential US armoured transport, which has been in service since North Africa. These half-tracks come with their own firepower, but in classic American style, they have plenty of hard points to mount even more machine-guns when needed.

Click here to see the full releases of Flames Of War…