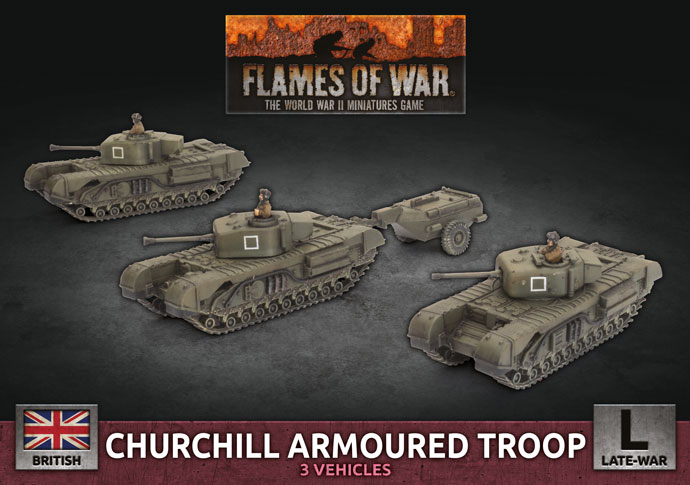 The Churchill infantry tank is designed to move at a walking pace ahead of the infantry, knocking out enemy machine-guns as they advance, secure behind its heavy armour. A British infantry division can expect a full brigade of 180 of these powerful tanks attached to it in support of its attacks! 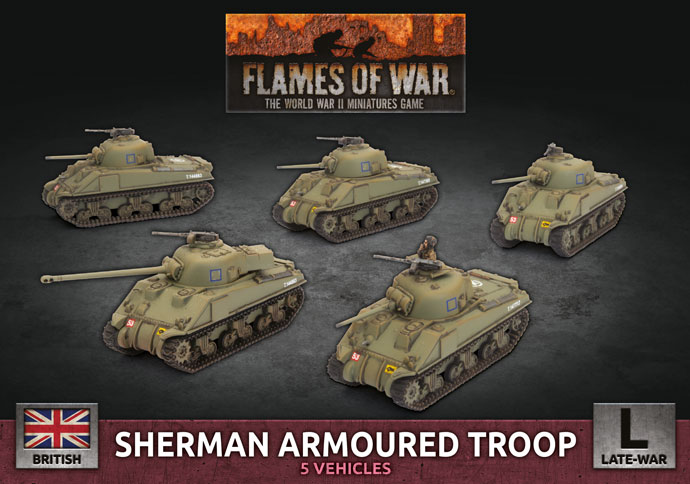 Most of the British armoured divisions in Normandy were equipped with Sherman tanks. These reliable American-made tanks gave them a balance of firepower, armour, and mobility that they had long lacked. 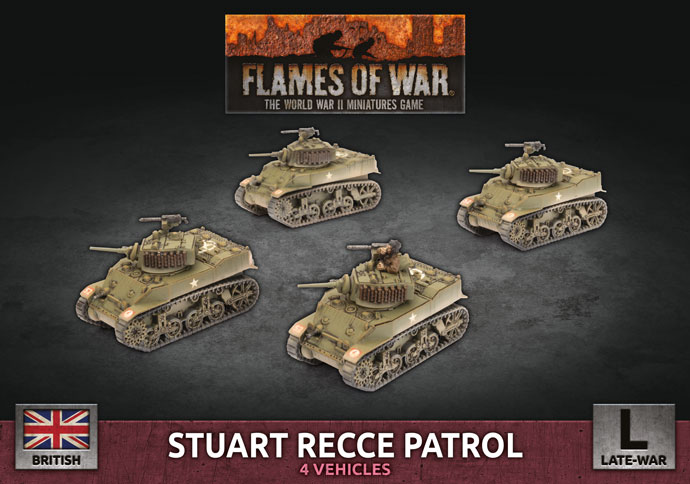 The Recce Patrol offers a fully tracked and fast tank that can keep in front of the main battle tanks and scout out possible ambush locations along the route of march. Lightly-armed and armoured, the Recce Patrol uses stealth and cunning to get close to and threaten the enemy. 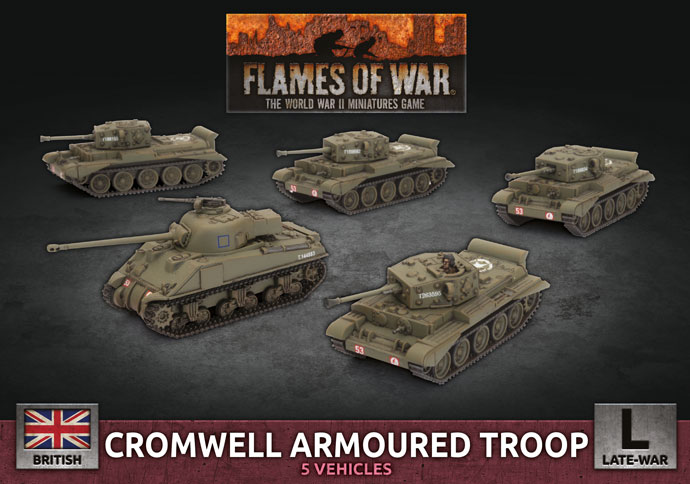 Armoured troops are designed for the attack. With their speed and hitting power they can easily roll over enemy formations after moving to the flank and engaging them. The hardhitting 17 pdr of the Firefly tank can take on the toughest German targets.