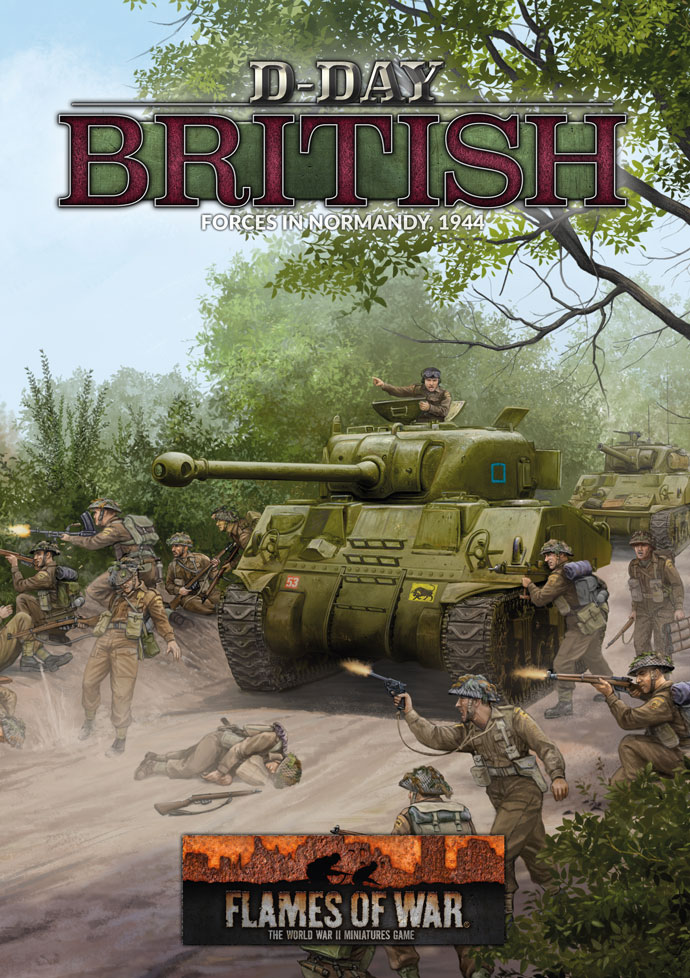 On June 6th, 1944 the allied forces launched one of the largest amphibious assaults ever. This book follows the British and Commonwealth forces that overcame the German defences and claimed Sword, Gold, and Juno beaches as well as the break out after. The forces in the book are broken down into three major groups: you have your Regular war weary units that form the backbone of your forces, you have your Desert Rat veterans and lastly you have your elite troops like the Commandos and Airborne units. These archetypes are perfect to build any list for D-Day and the break out. 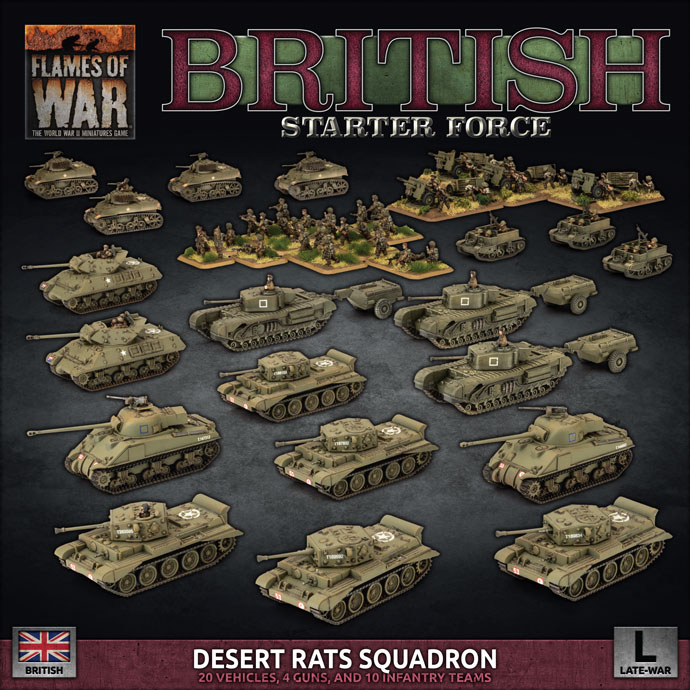 The armoured squadron is the strike force of the British Army. With their exceptionally fast Cromwell tanks, the ‘Desert Rats’ have the ability to rapidly strike the enemy rear area and relentlessly pursue the slower enemy forces. This speed allows the armoured squadron to continually work around to the weaker flanks of enemy formations, always striking from the side rather than slogging their way up the middle.

Check out full spotlights on the Flames Of War Website…