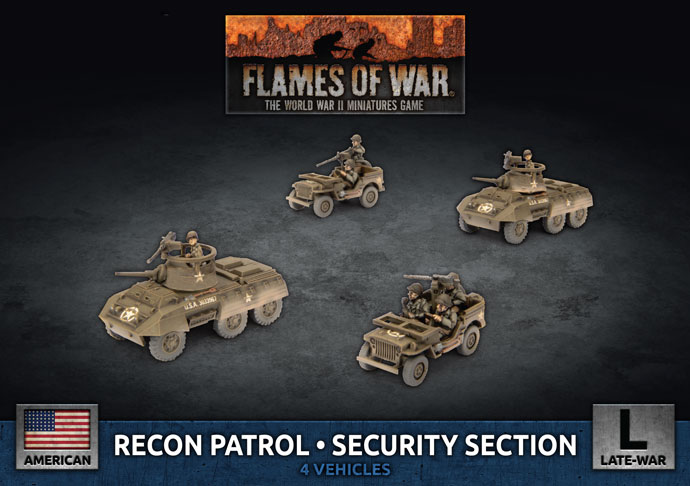 Cavalry patrols operate over large areas of ground, constantly reporting on German positions, testing and securing bridges, and making contact with local resistance groups. The information collected by these patrols is transmitted using radios to help guide the tanks and infantry. 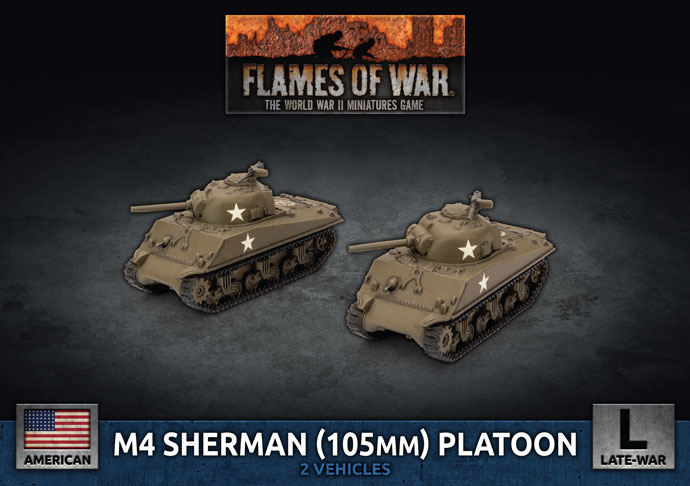 The M4 Sherman (105mm) assault gun combines the indirect firepower of a mortar, the first shot kill of a big gun, and the armour of a tank. These armoured 105mm guns have the ability to pin down enemy troops or destroy them with deadly direct fire. 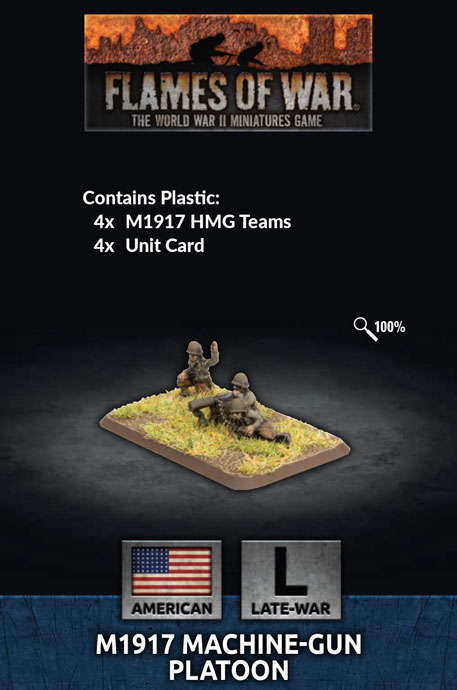 The tried-and-true M1917 heavy machinegun was an ideal defensive weapon. Put your machine-guns just behind the forward line of your own troops where they can sweep the ground in front of your position and stop the enemy infantry. In the attack use these guns on a flank, advancing into cover within range of enemy infantry, and opening up to keep the enemy’s heads down while your own infantry assaults to clear the objective. 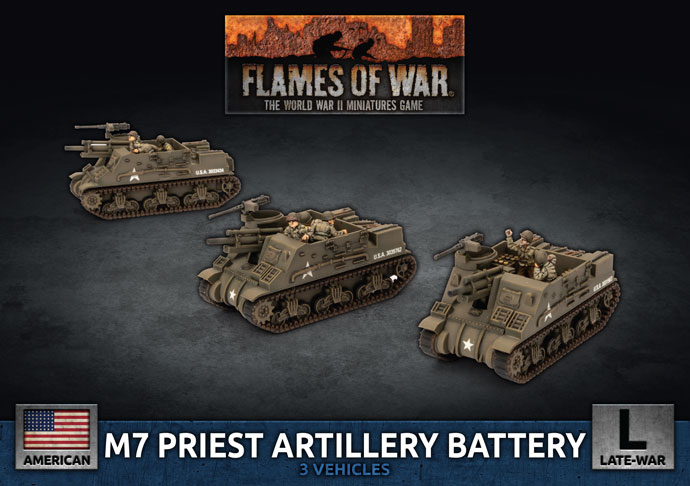 D-Day planners committed M7 Priest batteries to support the invading infantry coming ashore. In a pinch they could be used as assault guns by firing directly at bunkers blocking the beach exits.