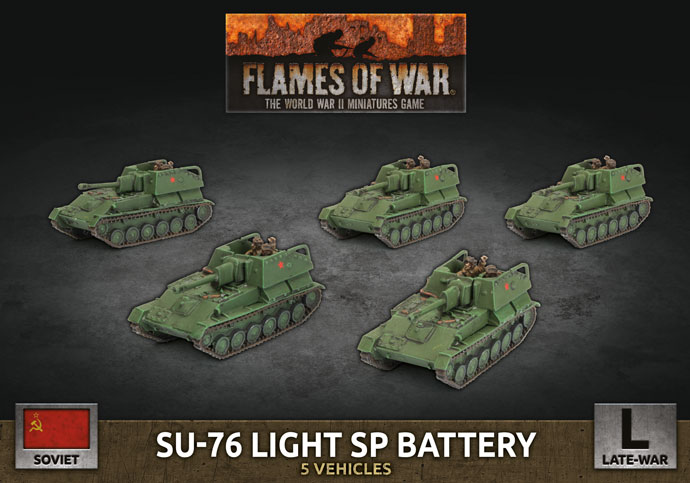 As Soviet factories began to turn out enough T-34 tanks to equip the tank brigades, production of light T-70 tanks switched to SU-76 self=propelled guns instead. Cheap and simple, they allowed the artillery to roll forward with the tanks and infantry, engaging the enemy over open sights.

The Red Army was a world leader in the field of rocketry. They used truck-mounted salvo rocket launchers against the Germans right from the start of the war. These saturated a large area with explosives, quickly pinning down the enemy and causing widespread casualties

Britain and Canada shipped over 3000 Valentine tanks to the Soviet Union as part of their lend-lease aid. The Valentine was not fast, but it was well armoured and capable of long marches. It was so well liked that, when the Soviet Union eventually ceased production of light tanks, they continued to request shipments of Valentines to fill their need for light tanks.

The KV-1 heavy tank is one of the most heavily-armoured tanks in the world, with up to 120mm (4.7 inches) of cast steel armour on the turret. Few enemy tanks (or even anti-tank guns) have any chance of penetrating its thick hide.

The T-70 light tank used automobile engines and easily-manufactured components to create a tank that didn’t need a heavy-machinery factory to build. Despite its small size.