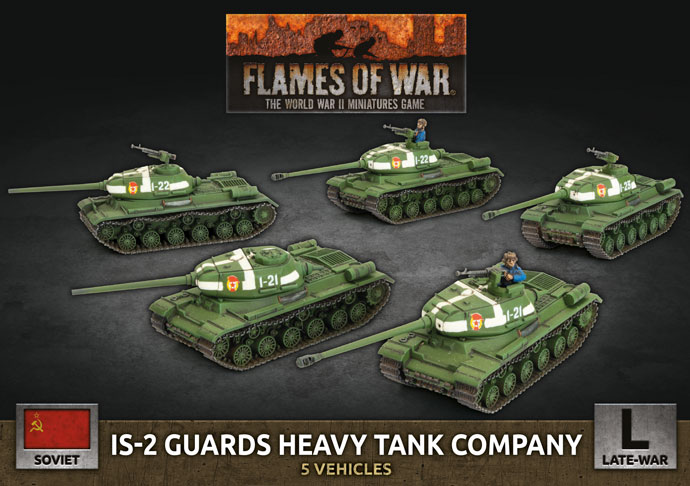 The IS-2 is lighter and faster than the heaviest KV model tanks, with thicker front armour and an improved turret design. It is armed with a powerful 122mm gun that can penetrate the front armour of German Tiger and Panther tanks. 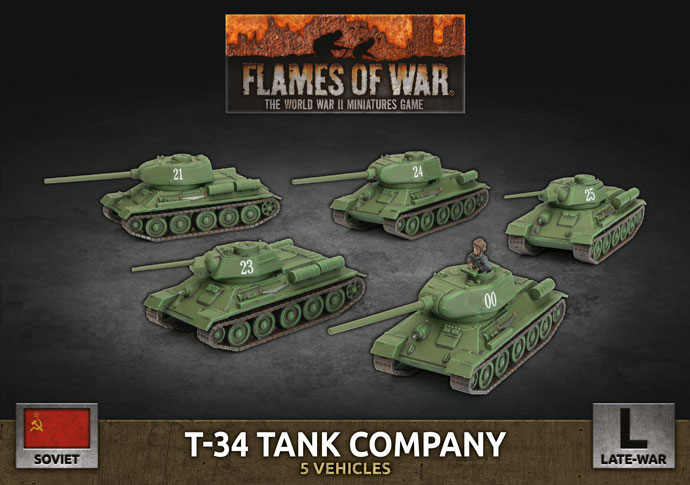 The T-34 possesses an unprecedented combination of firepower, mobility, protection and ruggedness. The T-34 is the mainstay of any Soviet army. Armed with an 85mm gun, the T-34 is able to go toe-to-toe with any German vehicle, and they are cheap enough that you can field an entire battalion of them! 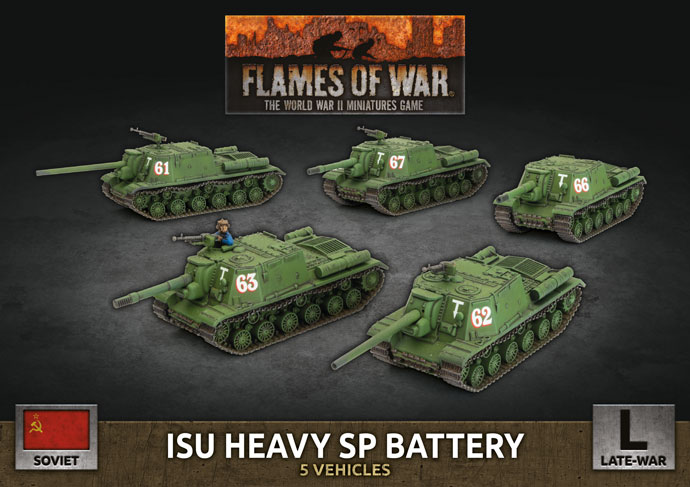 The role of the ISU-122 and ISU-152 is as direct fire artillery, closely following the advance to knock out enemy guns and dug-in infantry. They can also fire bombardments at great ranges and are very effective tank killers. They are well-protected against most anti-tank guns and their thick top armour makes it hard for artillery fire or infantry anti-tank grenades to damage it. 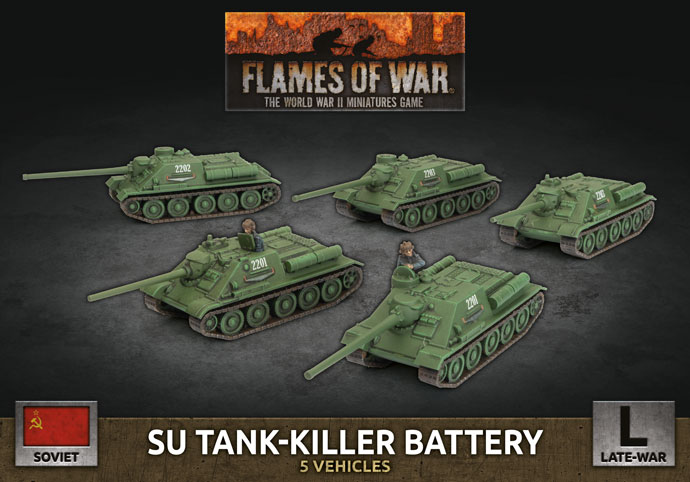 The medium assault gun regiments are expert tank-killers. Armed with powerful weapons such as the SU-85, SU-85M, and SU-100, these troops can engage the enemy’s tanks at long range with deadly accuracy. 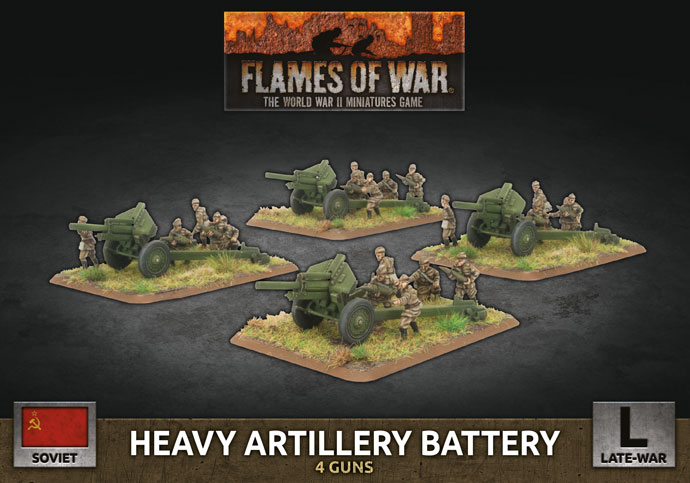 Heavy artillery battalions armed with 122mm model 1938 howitzer and 152mm model 1943 heavy howitzers pound enemy positions. After the artillery has finished their brutal bombardments, the frontovik move in to take on the remains of the disheartened enemy platoons. 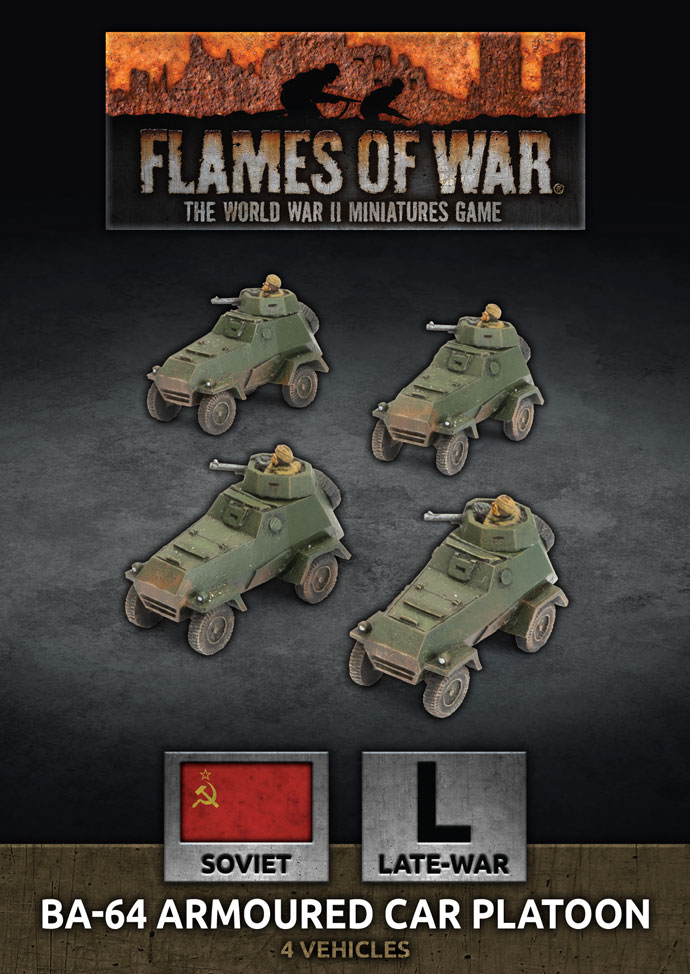 The light BA-64 armoured car is small and cheap to build. They advance down roads and quickly find and report the enemy’s positions.