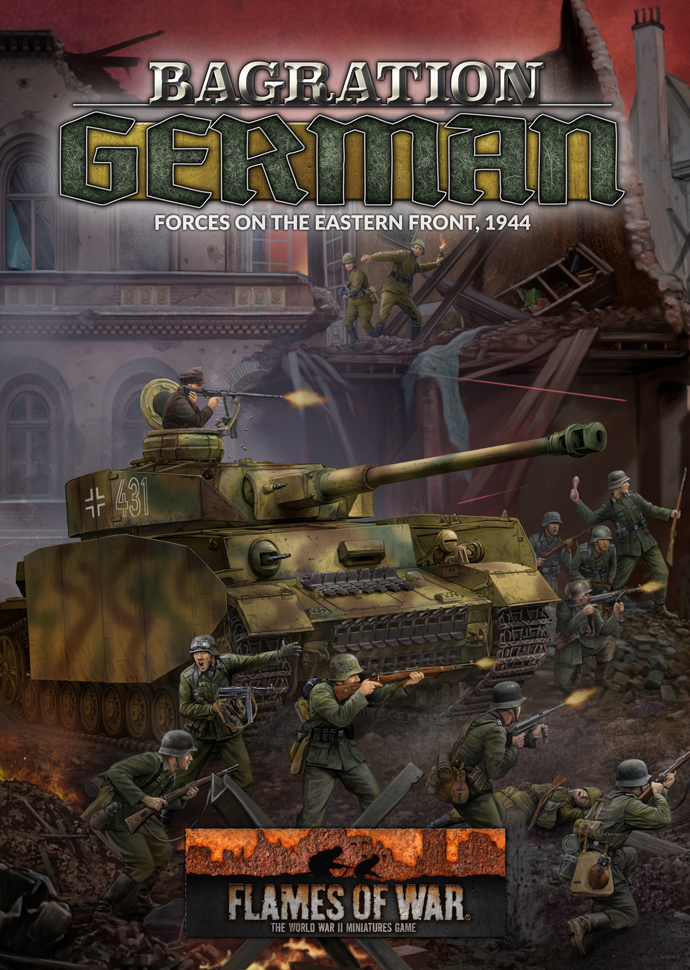 Bagration: German is the third German themed book in the Flames Of War Late-war series of army handbooks (after D-Day: German and D-Day: Waffen-SS). It is also the second of the Bagration series, bringing you German Eastern Front forces fighting against Soviet Operation Bagration as featured in Bagration: Soviet.

Bagration: German covers the German forces fighting all across the Eastern Front from Finland in the north to Romania and Hungary in the south from January 1944 to January 1945.

There is a great variety of formations and units available to field, from tanks and armoured infantry to grenadiers and tank-hunters.