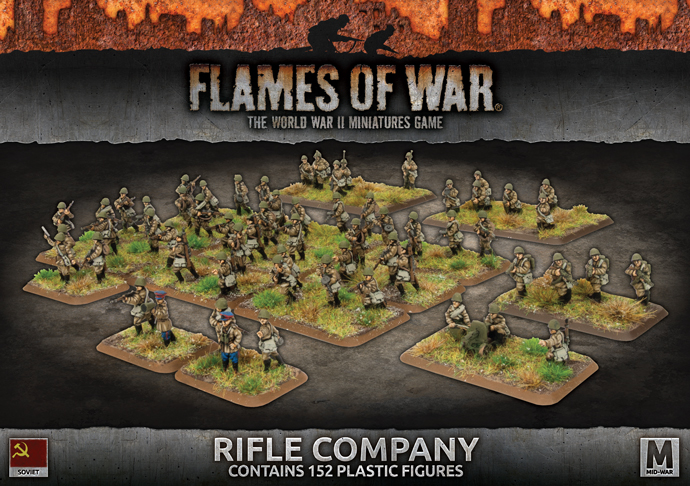 The soldiers of the Red Army frequently demonstrated their lethality in close quarters assaults. Fighting to rid the beloved Motherland of the fascist invaders, they show little mercy. they were not permitted to stop and take cover for fear that they would not advance again. 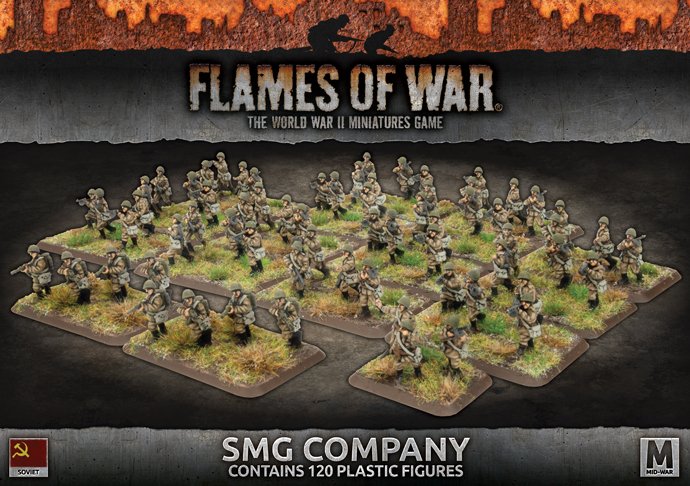 Every regiment had one or more submachine-gun companies. These assault troops had massive short-range firepower to suppress the enemy defences, then kill them in close combat 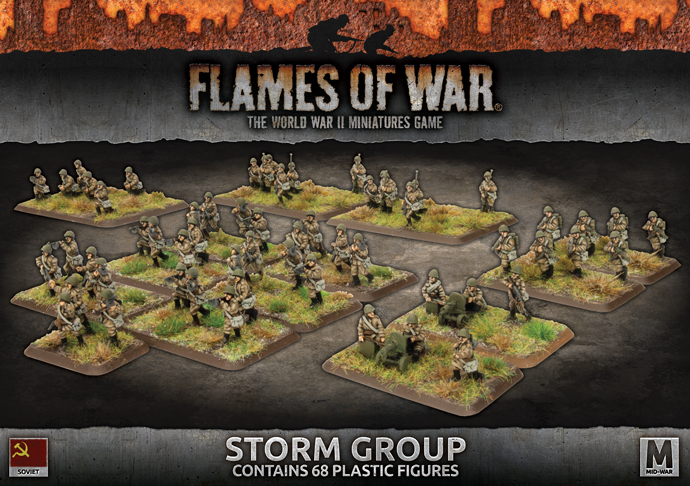 The most experienced and self-reliant soldiers of the battalion are gathered together into a hand-picked storm group. Backed up with plenty of heavy weapons, they storm a German-held building, then bring up their supporting weapons to hold what they have taken. 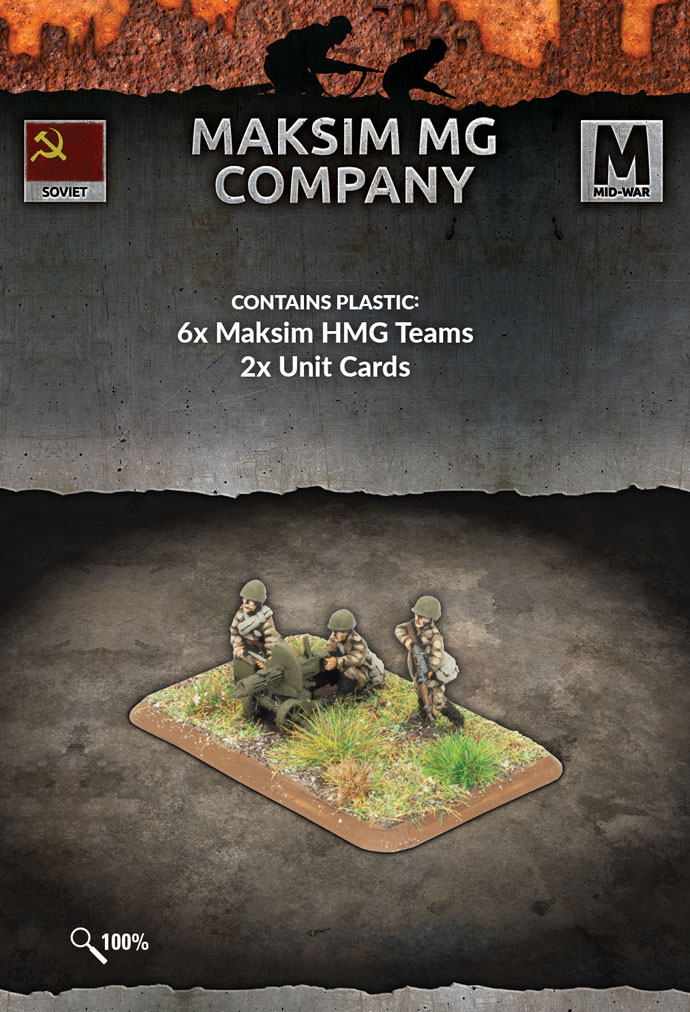 Fire support from the old, reliable Maksim machine-gun gives the rifle battalion the ability to keep the Germans pinned to the earth and unable to fire while the riflemen close and overrun their positions 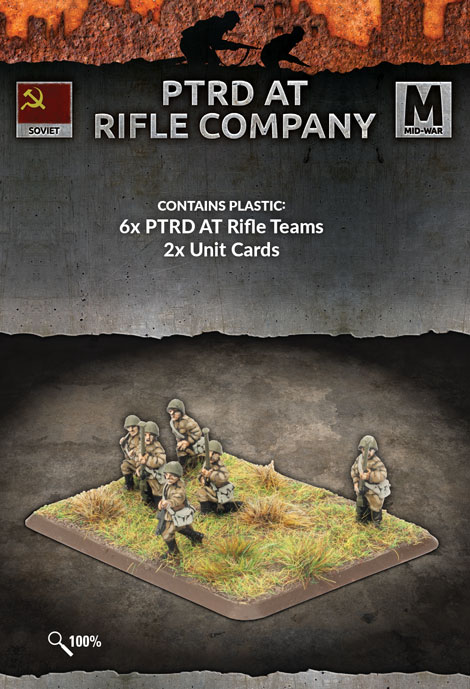 The Red Army used massed PTRD anti-tank rifles to protect their infantry from tanks. While one anti-tank rifle might not be particularly deadly, a dozen or more can be very effective, exploiting their speed and mobility to get flank shots in a way that anti-tank guns cannot. 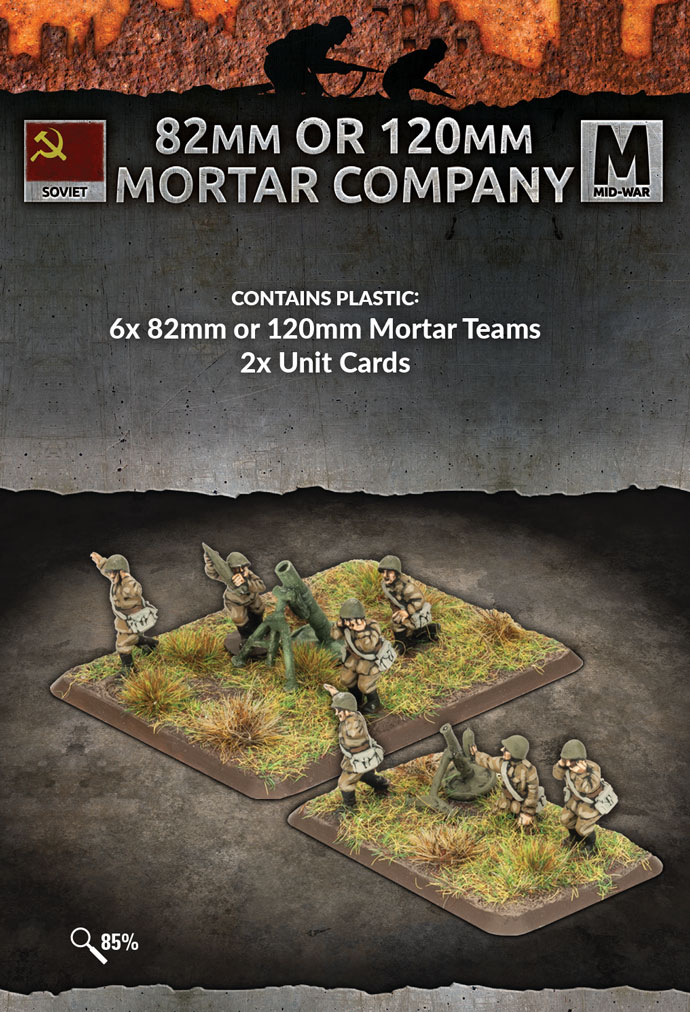 When the heavy guns of the artillery batteries are otherwise occupied, it is useful for the infantry to have their own indirect-fire weapon. The 82mm or 120mm Mortars can be just as good as the bigger guns at digging infantry out of cover. Soviet mortars have built-in wheels, so the mortars can move quickly to keep up with the infantry that they are supporting.