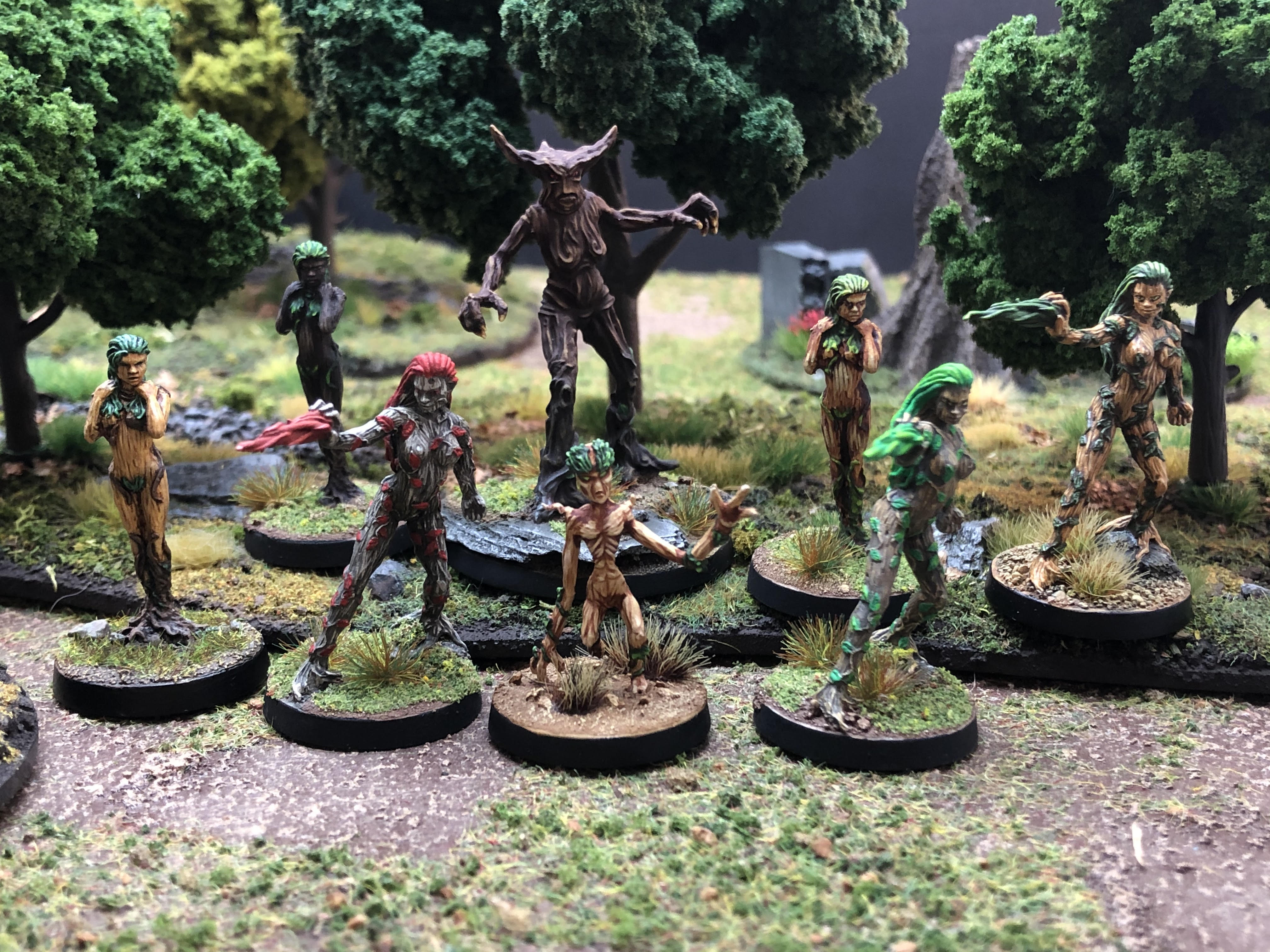 The Darkgrove Demons hail from a tangled nightmare realm in Karelon known as the Darkgrove.  Tree demons tend to the groves and search for witchgates so they may enter the realm of Faelon.  In Faelon the Darkgrove Demons are often found in areas of lush woodland vegetation where their tree-like forms offer camouflage and keep their infestation as secret.

The unwary often find themselves at the mercy of the Darkgrove Demons.  The Darkgrove Demons use illusions and beguilements to ensnare and enslave their victims.  Only those with the Witchsight, the rare ability to see between the two worlds, are capable of seeing through the illusions, and many a small village of foresters or hunters have found themselves under the enchantments of these wily demons. 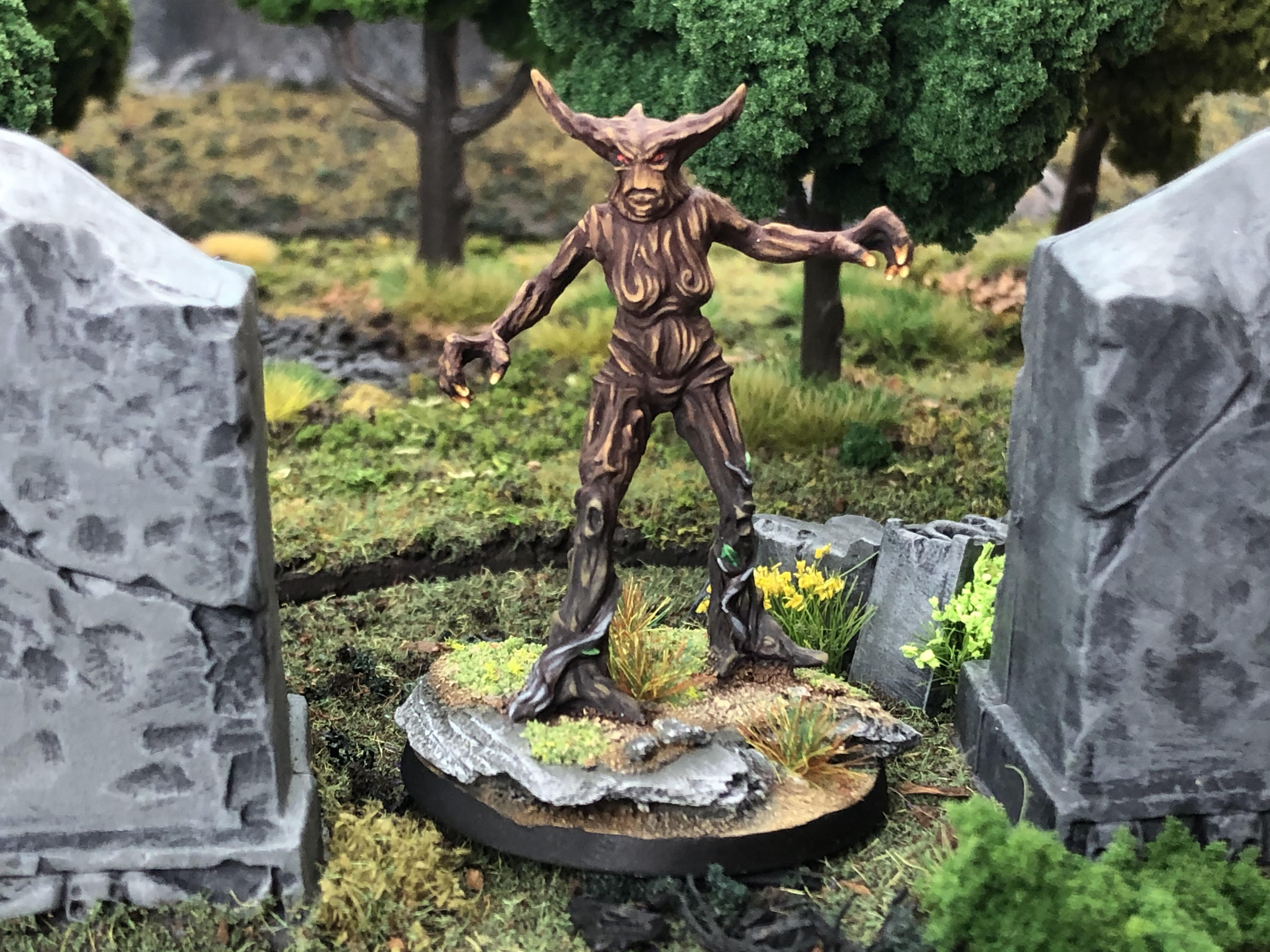 The fearsome Karyad leads the Darkgrove Demons.  These tall, gangly demons are a mix of both leader and caster, wielding incredibly powerful magic known as Dargrove Sorcery.  They are among the most powerful creatures in the darkgroves.  Karyads lead the lesser demons of the groves such as Vinelings, Saryads, and Dryads.

A Great Deal on Darkgrove Demons