The Royal Navy is launching their new Fairmile B ML 145 Gunboat, bringing more firepower to your fleets for Cruel Seas … 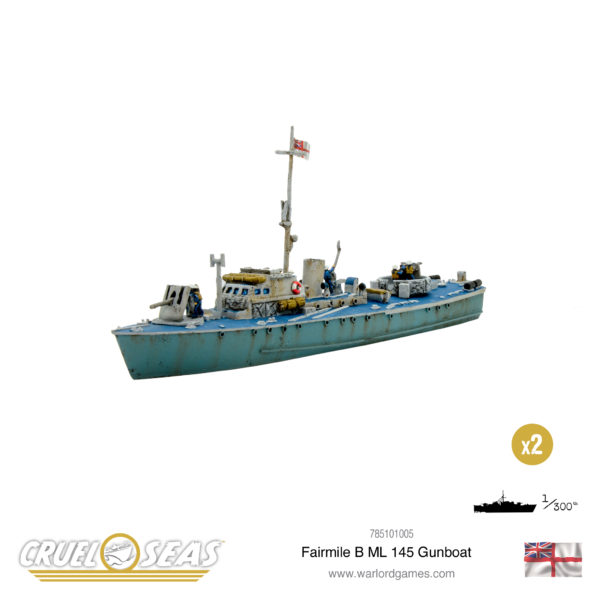 The Fairmile B class Motor Launch weighed in at 85 tonnes and 112 feet long. Crewed by 16 men it could make in the region of 20 knots through its 1200 hp petrol engines. The coastal forces were able to convert the Fairmile B into quite a varied assortment of roles and it was undoubtedly a valued workhorse for the small fleets. 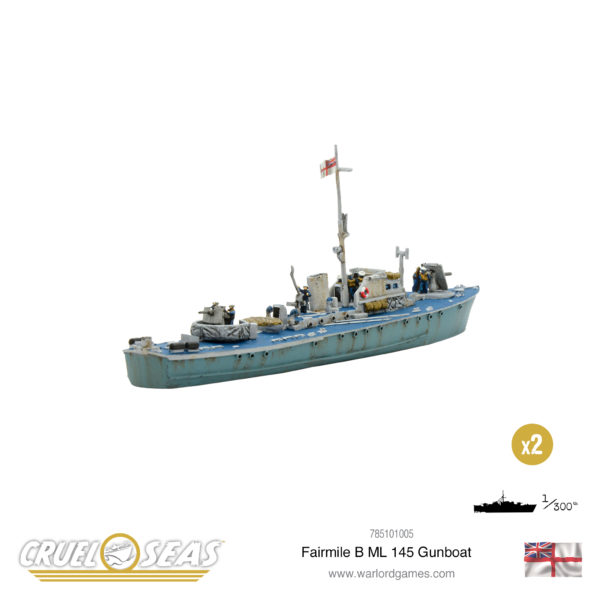 This model represents Motor Launch145 in standard configuration, including a 3pdr on the foredeck, Holeman Projector amidships, depth charges and a 20mm on the stern.

The Fairmile B ML 145 Gunboat comes in packs of two (plus data cards) to boost your Royal Navy coastal forces. 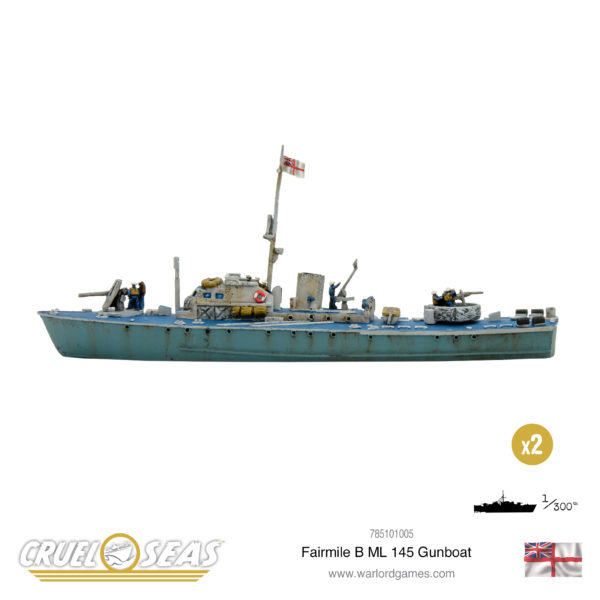