If you spotted the wanted posters springing up on our social media in the last few days, you may have wondered what’s going on. Quite a few people have already figured it out. This has all been part of a carefully orchestrated bit of deception related to the upcoming release of WARMACHINE: Oblivion.

During the extensive planning for the Infernal Faction release, it was decided that the insidious nature of the threat of the infernals could only be conveyed by turning known characters into infernalists. A couple of these characters had been planned to take that turn for some time, while others were decided upon later, as shocking to us as they would be to you. The temptations of the infernals can take root in unexpected places and among people you might least suspect. 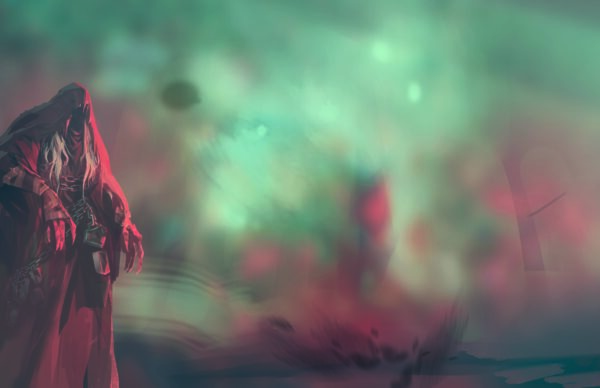 There was one wrinkle with this scheme—Community Integrated Development (CID). For the new models to be tested properly, we needed to put them into the community’s hands, and this required a bit of deception. We put those models into the testing pool but disguised under fabricated names—ones chosen to sound plausible and in keeping with the nature of their abilities.

What could cause such a fall? It’s different for every one of these characters. And for these details, you will have to wait for the release of Oblivion. But we can provide a sneak peek:

Midwinter’s conversion was delicately handled by subordinates of Agathon, the Voice in the Darkness, who foresaw his usefulness. Future infernal plans relied on a region in turmoil, a goal they expected would be facilitated by having an agent close to Cygnar’s throne. They originally intended to see Vinter IV restored, but events necessitated shifting their focus to a new contender for the crown—Julius, the bastard son of Vinter. Midwinter played a key role in encouraging Cygnar to wage war in Llael again, preparing the conditions required to launch an invasion. 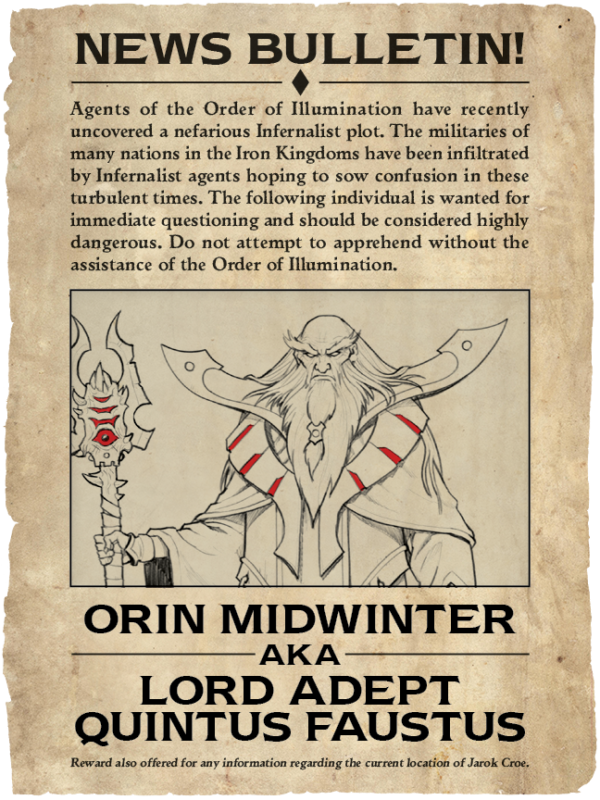 Once counted among the most courageous and loyal vassals of King Leto Raelthorne, Alain Runewood has become entrapped by binding arrangements that have forced him to betray his nation and fight alongside the infernal invaders. He was visited in dreams while languishing from mortal wounds inflicted during Cygnar’s most recent civil war. Desperate to continue to serve his nation, he agreed to cheat death, only recognizing the extent of his error when it was too late to reverse it. He tried to mitigate any harm that might be caused by his promises, but by the time he realized the nature of the insidious plans the infernals had for Caen, his soul was theirs. 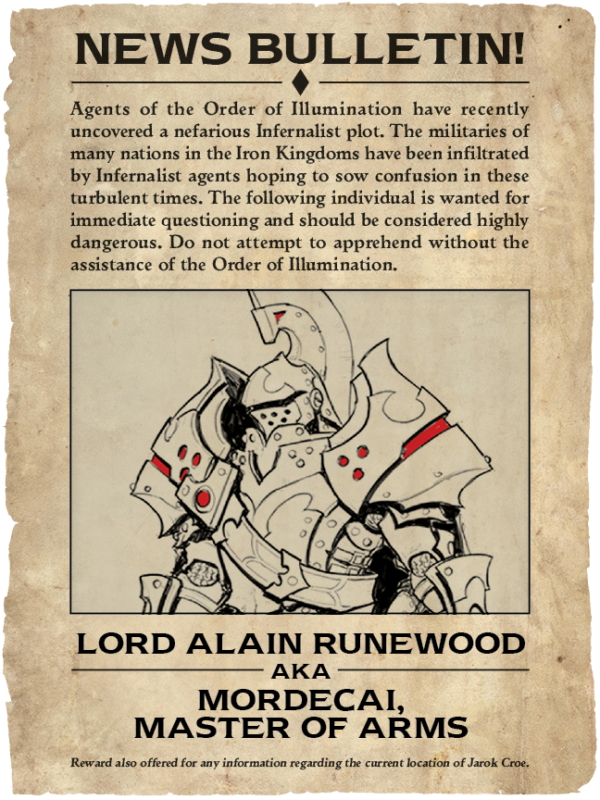 Nicia, Hound of the Abyss

In the darkest moments of her grief, Nicia wondered if her love for her dead husband truly outshone her love for the Creator. Nicia’s fervor became less about serving the Lawgiver and more about taking vengeance on those who had killed her beloved Heltus. This darkness in her soul drew the attention of infernal agents. She was convinced they were her only course to rejoin Heltus, who might be restored to life if Nicia did as they asked. Nicia has become one of the most ruthless of their agents on Caen, transforming her fury and faith into a merciless and cold pragmatism. 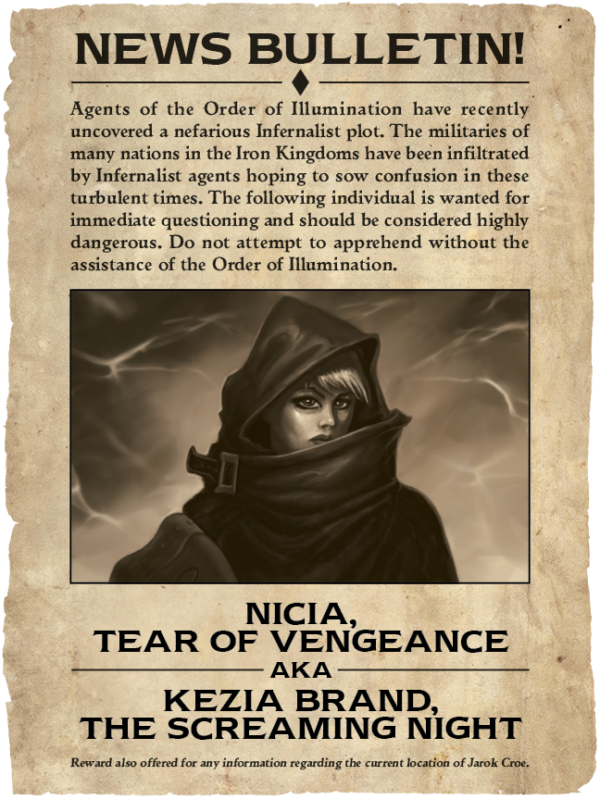 Eilish still sees in the mirror the man he once was. When speaking to outsiders, his charm can return, allowing him to present a smiling face to those who, moments later, are overwhelmed by his magic and offered to his infernal masters. He is addicted to power, with a thirst for hidden knowledge that took him down a path to disgrace and degradation. He was bound to a being named Ashoth, who deceived him into thinking it was a benevolent spiritual being of arcane wisdom. He greedily accepted the forbidden lore that was offered him and, in doing so, damned himself beyond redemption. 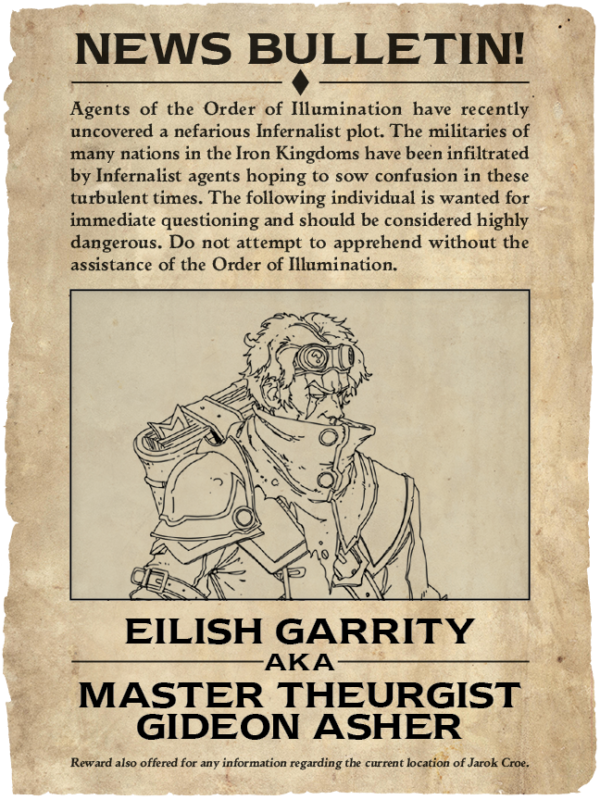