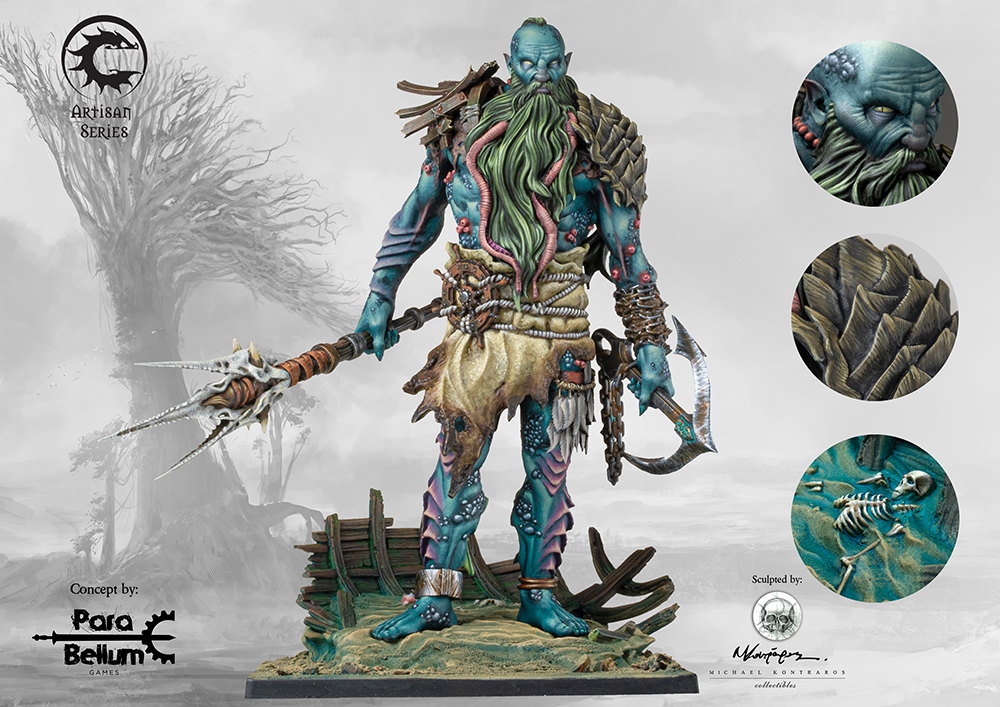 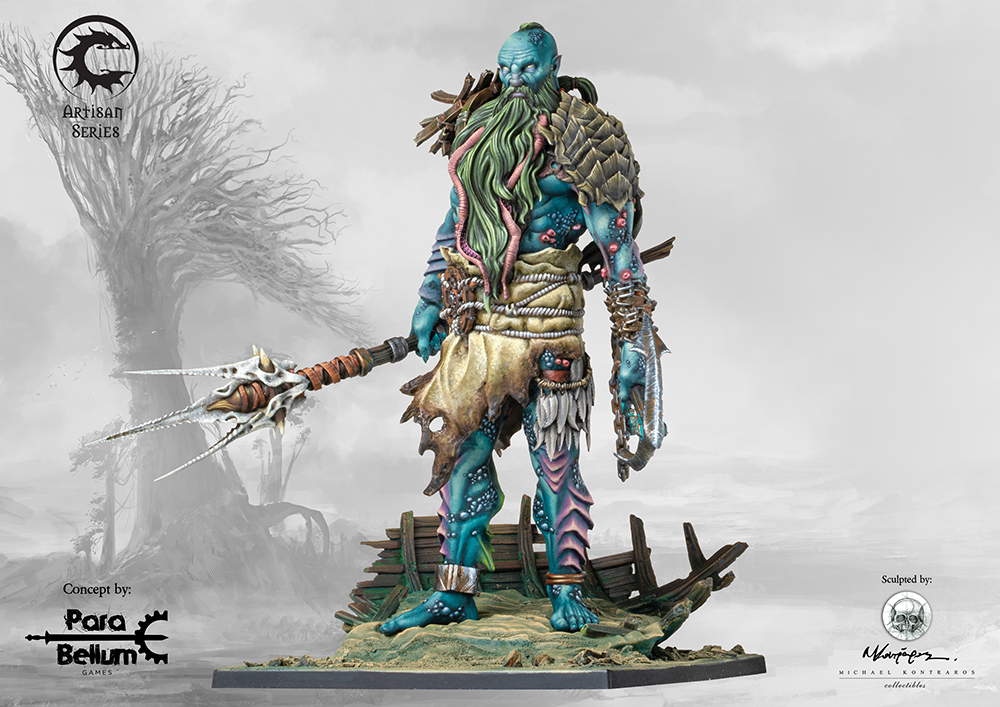 In ancient times, so long gone as to have passed from legend into myth, the Sea Jötnar challenged the Ice Jötnar for the leadership of their people and were only defeated when their dim mountain kindred joined the opposing side. Forced to swear mighty oaths of fealty and service, they were nonetheless exiled from Jotunheim, forced to make their homes in the waters around what were once their lands. Grown strong and powerful again by the bounty of the oceans, When the Einherjar awoke, the Sea Jötnar were drawn into combat against the Einherjar by their Ice Jötnar rulers, only to see their oaths of fealty transferred to the victorious humans. Centuries of hunting and feasting upon the bounty of the deep ocean have made them powerful and honed their cunning, making them an ideal battlefield asset for those formidable enough to enforce the authority of the ancient oaths.

This figure was designed by the team at Para-Bellum in keeping with our aesthetic, and then sculpted by renowned artist Michael Kontraros. This is a true artisan series miniature, with incredible details that make it a presence on a game table, or as a painted model.

Available for pre-order:
USA/Canada
EU/Rest of the World

Check out the reveal video here!