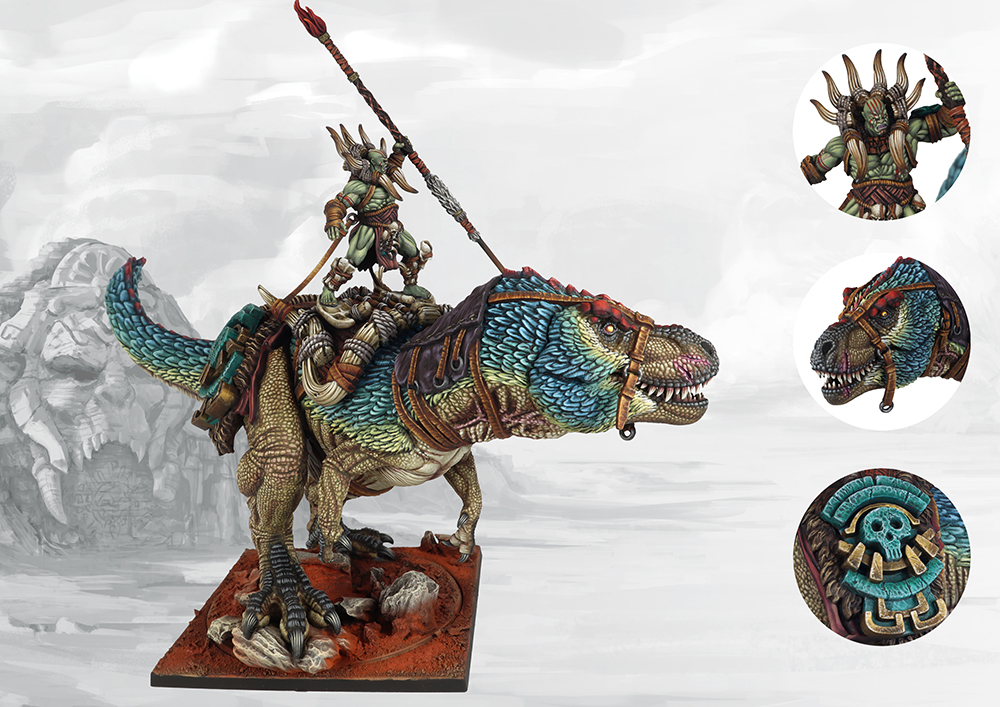 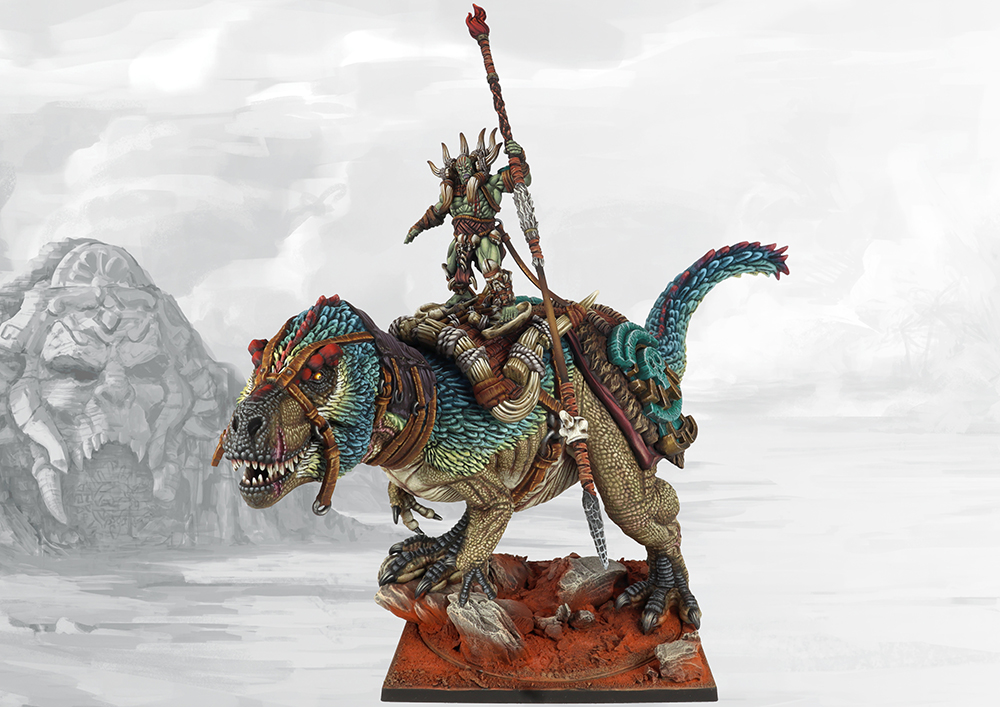 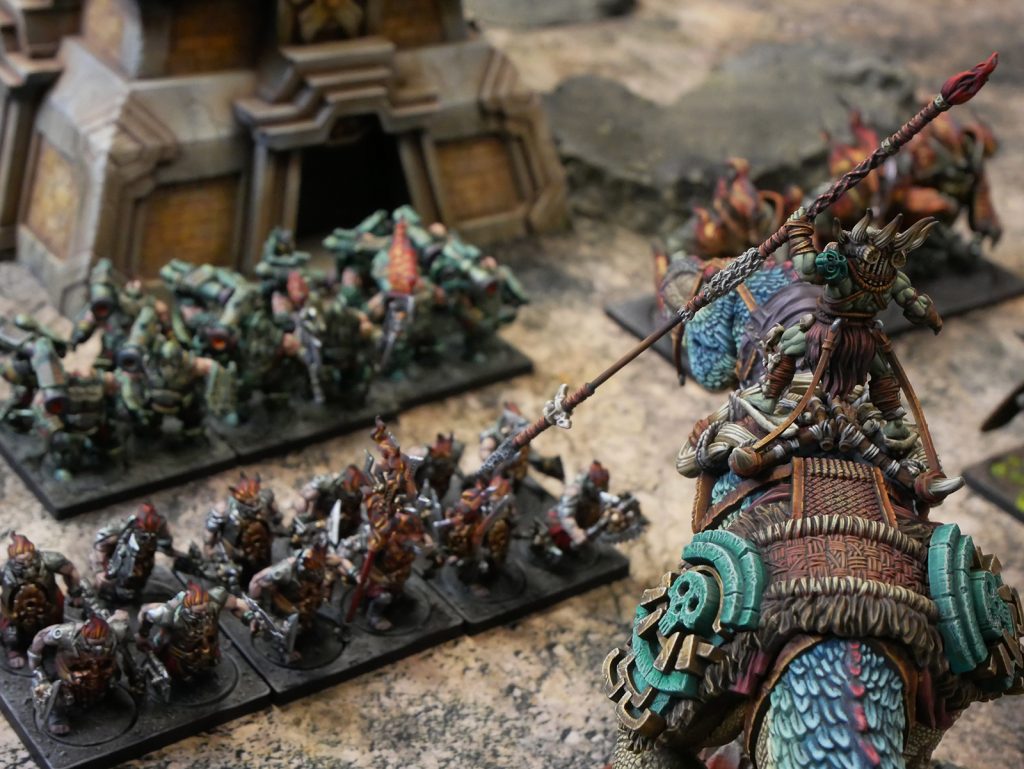 When the Abhoreth Spire fell to the Dweghom advance, it was not only the W’adrhun who were released, millenia upon millennia of predatory and dangerous creatures, dormant fodder for the twisted Spire experiments, were released as well. Of all those countless creatures, none has thrived like the Apex Predator. This monstrous beast has been harnessed by the W’adrhun as a living engine of destruction, lending its primal savagery to that of the W’adrhun forces. The kit also includes a rider, an alt sculpt of the Predator character.

You can also check the 360 video of the Apex Predator here! 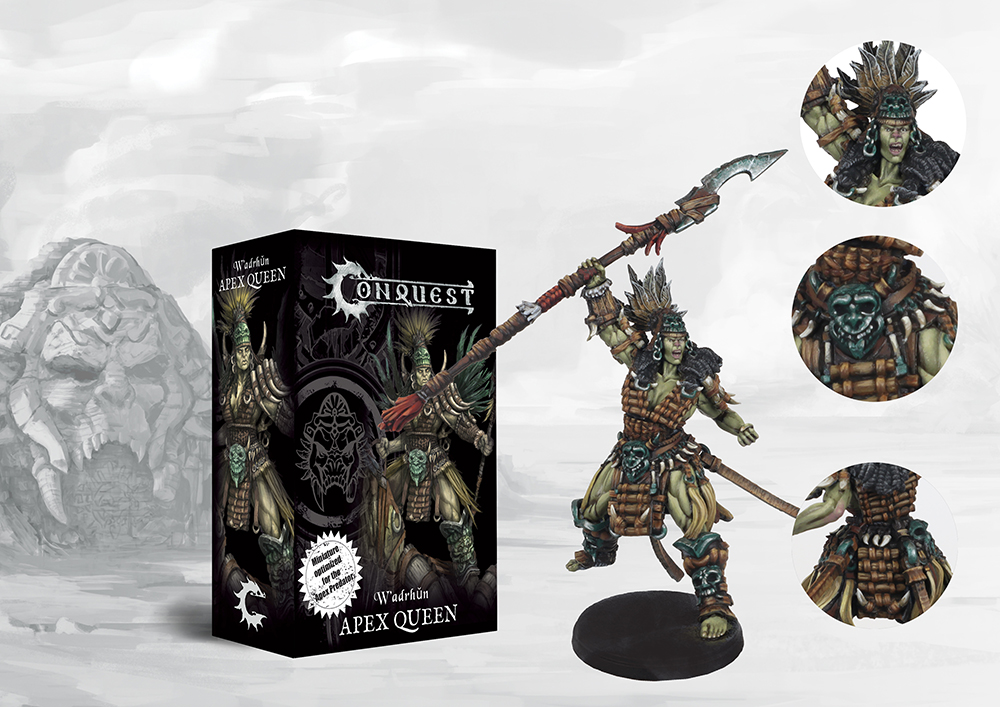 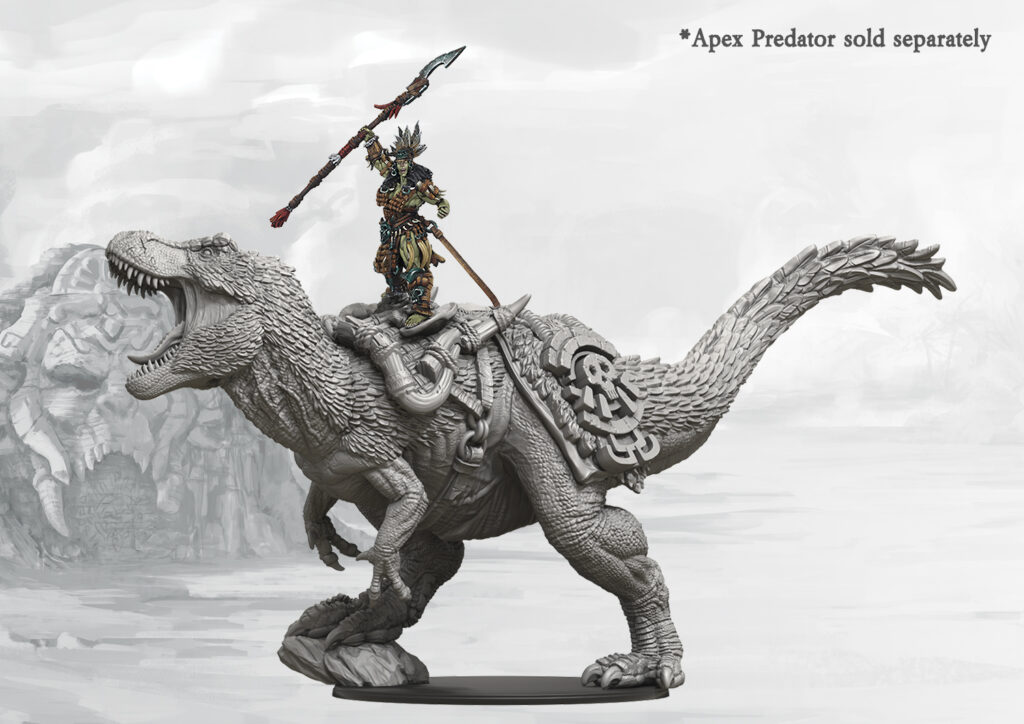 Sculpted and re-posed to bestride the terrifying primordial terror that is the Apex Predator, an Apex Queen is a fantastic addition to any W’adrhun force. Her innate abilities protect the beast she rides upon and she can choose to double down on this protection to ensure it reaches the enemy lines or gear up for maximum mayhem, making her (and her…pet) one of the most powerful effective forces in a W’adrhun general’s toolbox.

A young race like the W’adrhŭn would naturally prize life giving females above all roles in its society. So, what does it say of those females who eschew these roles and chose, rather, to follow the example of their living goddess, becoming peerless warriors and leaders? Simply that they have earned every ounce of respect from their warriors and every iota of fear from their enemies through sheer talent and application.