With the set of new releases for Conquest: The Last Argument of Kings, the sea-faring Nords and the mighty Hundred Kingdoms saw their numbers boosted with new, exciting regiments. Let’s take a closer look at the new additions to the Hundred Kingdoms’ strength:

Coming first, the Household Guards join the fray, a powerful mainstay for the Noble Lord character. With a Cleave of 1 and a powerful combination of high defense and resolve, any opponent would think twice before challenging them! 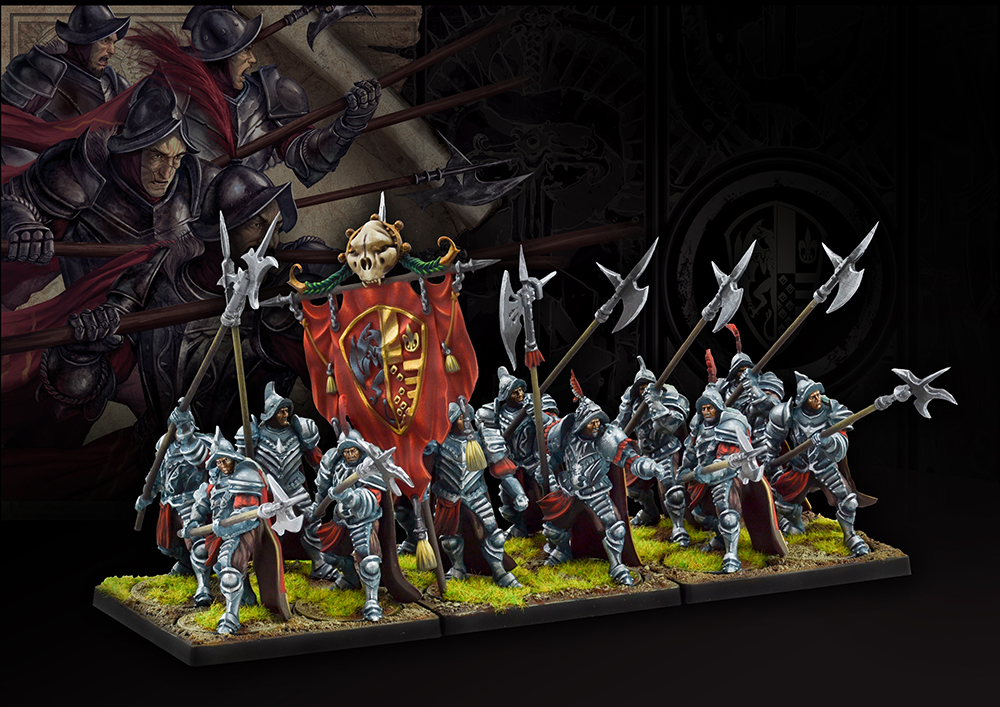 Recruiting the best men their money can buy, the Household’s Guard is often an eclectic mix of veterans, washed out Legionnaires, foreign mercenaries and the younger progeny of lesser nobility with few alternative prospects. An Arms Master is often employed by the Noble Houses to keep these powerful and difficult men in check. These hard-bitten warriors are fiercer, tougher and deadlier than any of the men they lead and implicitly trusted by the Noble Houses that employ them, as they often serve as bodyguards, champions and executioners.

On the field of battle, it is not uncommon to see the master of a House leading the Household Guard in person. Leaving the gallant antics of knightly combat to the younger generation and with his safety guaranteed by the presence of his trusted Arms Master, many a veteran Noble Lord has swung a battle by leading his Household Guard to shatter the enemies’ infantry line.

The Guard’s Dual-Kit counter-part is the Gilded Legion, an iconic regiment of the Imperial Remnants sub-faction. Their Cleave of 1 and the Support Special rule – which allows double attacks from the supporting stands in any melee – make up for a devastating attacking force. 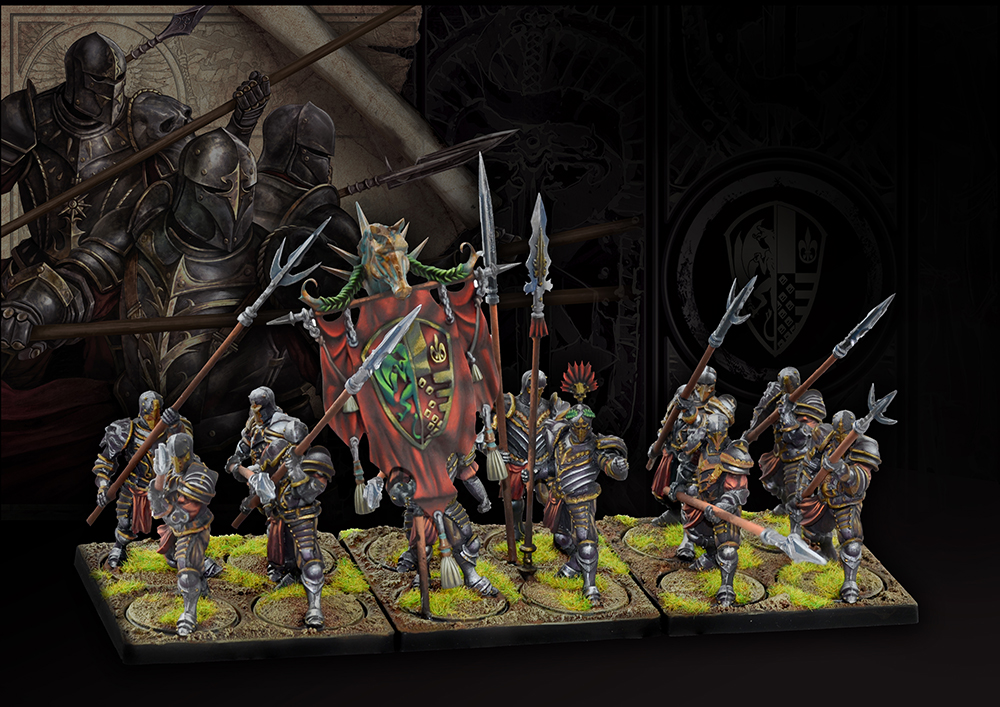 The recruitment standards of the Gilded Legion today are even stricter than those of the Steel Legion. Each candidate must be able to prove ten years of prior service in an armed and active unit. In addition, one must present two recommendation letters, at least one of which must be from a recognized imperial servant of the rank of Lictor and above, which provide assurances  of the individual’s loyalty, skill and character. Once a prospective candidate’s credentials have been accepted, he must then endure the Ordeal, a fitness regime based on the Agoge practiced in the City States, one of the most ruthless training processes ever devised by man. While the hearts of the people would never be won despite the legion’s restructuring, what once was hatred and loathing, has turned into fearful contempt. In the end, Gilded Legionnaires care little. Sharing common living grounds, their families befriending each other, their children growing together, the Gilded Legion has become more than a choice, for many. It is a tradition and a way of life, the bonds between its members as lasting and loyal as their dedication to their work.

You can find these along with the rest of the new releases here!