October’s releases are our for Conquest: The Last Argument of Kings and the Dweghom see their forces boosted this time. Their primal gift of Fire is made manifest in both these releases, as the Fireforged and the Herald of Fire both come to the field. 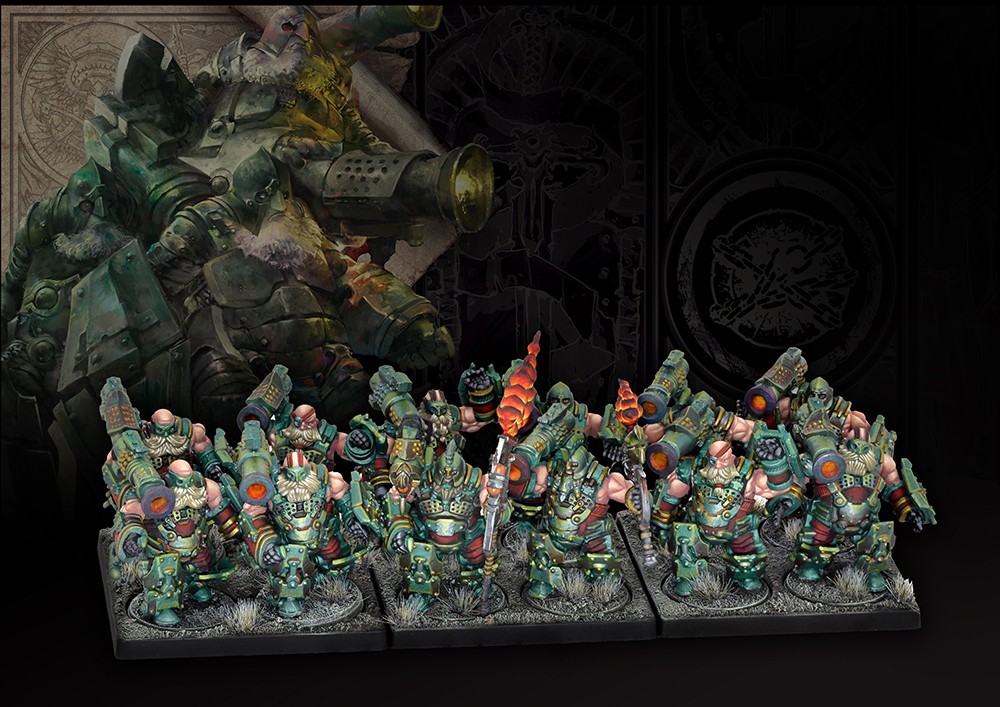 The Fireforged are a military force composed of those Dweghom who possesses a strong affinity for fire, but not enough power of discipline to become a Sorcerer.  Ostensibly guards to the Forge Temples of the Tempered, along with the Stoneforged and Steelforged, their gifted nature and implanted shunts give the Forged units a unique advantage on the field of battle: the use of enhanced exoskeletons and weaponry.

The Medium Infantry regiment of the Fireforged promises a very effective counter-measure against enemy heavy units with high armor. While a short-ranged shooting unit, if left alone, their Armor Piercing capacity can decimate even the hardiest of foes. Make sure they are taken out fast but beware. With their short-range capacity balanced by strong defensive stance, the Fireforged can take a hit as much as they can deliver. 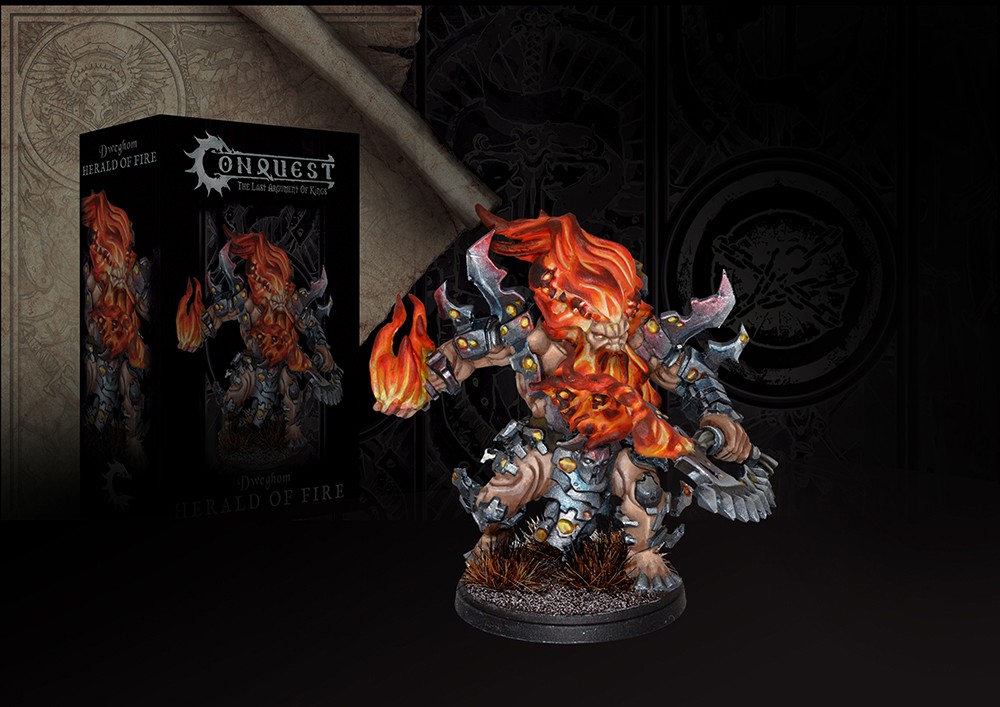 The Herald of Fire, on the other hand, is a purely offensive addition to the Dweghom armies. Offering the Fury Draw Event to their regiment and a +1 Clash to their regiment’s Character when Dueling, their fiery passion for battle is not to be taken lightly.

Both the FIreforged and the Herald of Fire, along with the rest of Conquest’s newest releases, are available here.

The scale of all Conquest minis is 38mm.