Blood and sweat. Isn’t that what they say? It will be a good crop this year.
– Unnamed Militiaman

The Militia and Militia Bowmen have taken the field on the side of the Hundred Kingdoms! This light infantry dual kit comes in a melee and ranged variation, coming into the fight early to push the field or position themselves to provide range support throughout the battle, thinning enemy lines. Trained by professionals and standardly armored and equipped, the Militia forces of Conquest mirror the violent history of their faction and its culture on warfare: 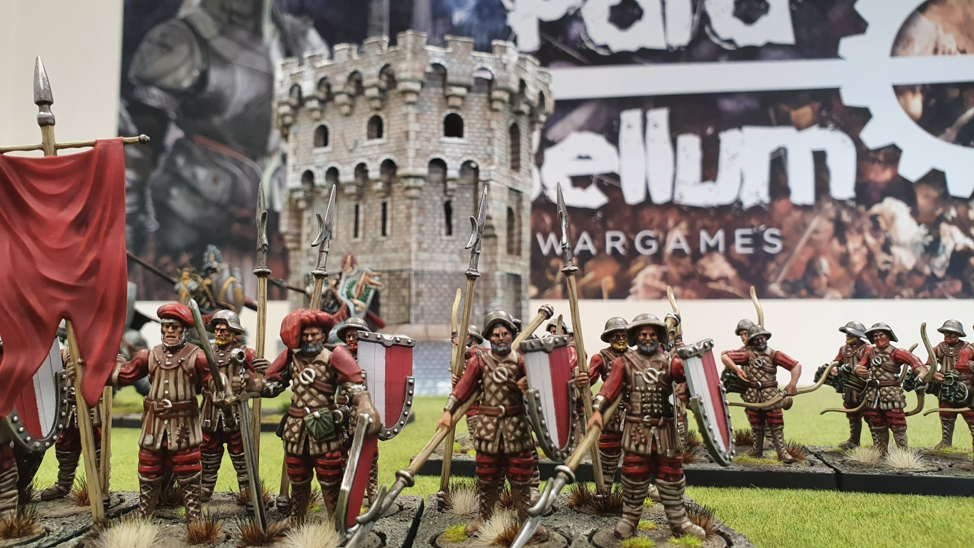 “In return for a significant reduction of their scutage fees, money paid instead of feudal service, they agreed to allow the Orders to help them train and equip their militias. Since that memorable day, the Order of the Sealed Temple has hired countless veterans to help train local militias throughout the kingdoms, scattering these potentially volatile men, while putting their experience to good use. Coupled with the prodigious amounts of wealth the Order has spent in arming and equipping these militias, as well as the tireless efforts of the Servites in ensuring these arms and armor are well distributed, almost every town and village possesses a well-armed and equipped militia.

The Militia Act has been one of the most stabilizing and far reaching reforms ever implemented in the Hundred Kingdoms, curbing the power of the noble lords, while helping the population defend itself against outside threats.” 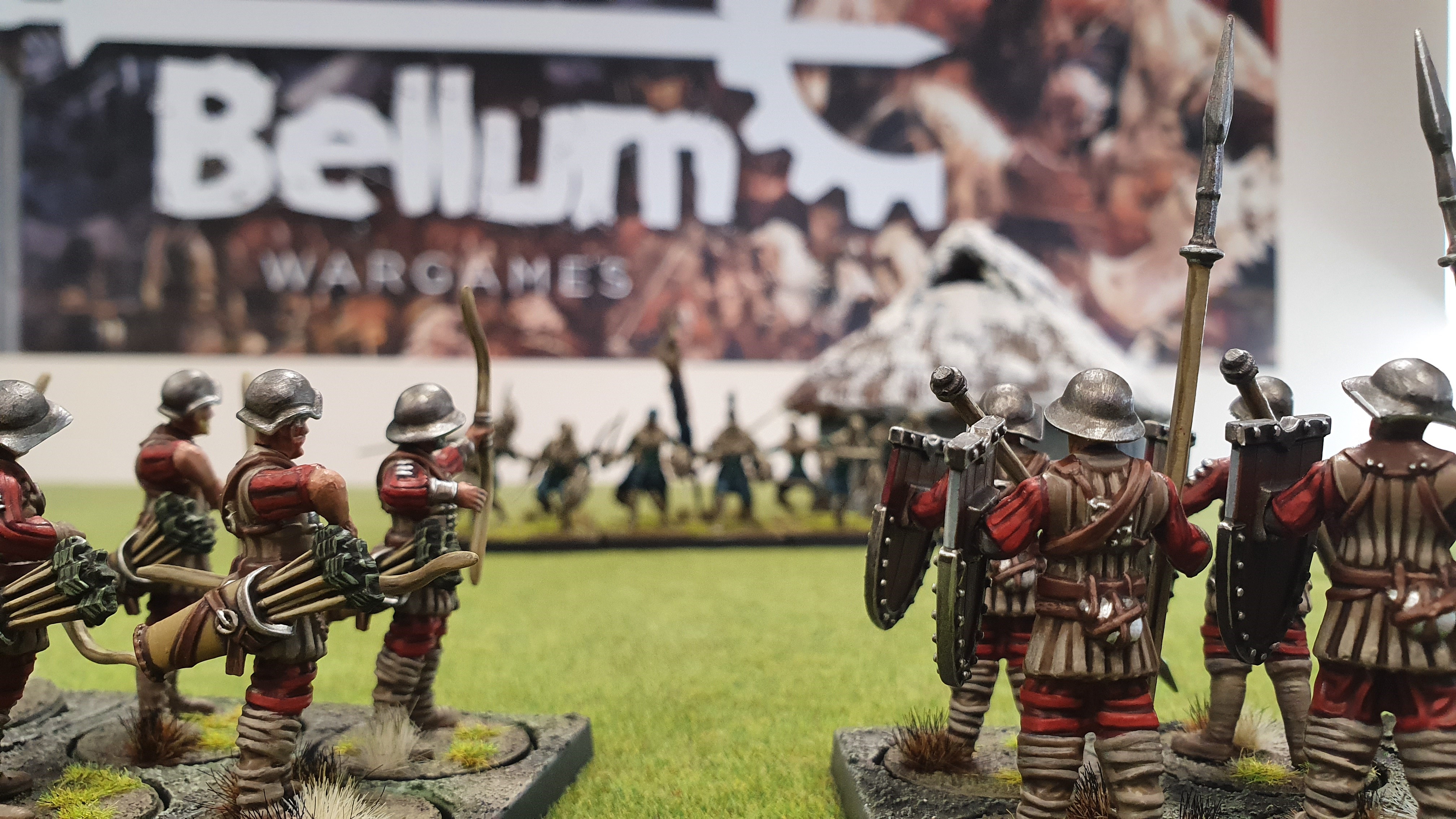 Ready to defend their own land, rather than leave the job to others, the Militia shows that even the simple people of the Hundred Kingdoms are trained, willing and ready to take up arms:

“What is that pitchfork doing in my platoon? Where’s yer spear?”

At any other time, he was good ol’ Grudher, maker of fine shoes and finer tales, and Hunbur’s response would normally involve the spear being somewhere dark… But in the militia, he was Sergeant Padh Grudher, Vestbridge Militia and veteran of four battles, for those who knew better.

“Sir! Sorry, Sir! Me… me wife used me spear fer the chicken house.”

Muffled chuckles spread around the platoon.

“Will the chickens defend the land, mr. Hunbur?” asked the Major calmly, as he fixed the collar of another militiaman.

“Who will defend the land, mr. Hunbur?” went on the Major, as he kept inspecting.

“Who will defend the land, mr. Hunbur?” the Major asked again, raising his eyebrow as he turned to look at him.

“Its sons and daughters, sir!”

“Platoon!” the Major now raised his voice. “Who will defend the land?!”

“ITS SONS AND DAUGHTERS!”

Be they simple men, trained warriors or both, here’s how the scale compared to other models of the Conquest line:

Available for order on our e-shop and your local retailer.