Greetings, Privateers! In this week’s Insider, I’ll discuss the illustration process for the Borderlands & Beyond book for the upcoming IKRPG release!

After he completed the GM screen, Carlos Cabrera seemed like the obvious choice to take on all of the covers in this next series of releases. With that certainty in mind, I sent the briefs for all three covers to him, and he immediately got started with thumbnail sketches. The description for this particular piece of art was as follows:

This image depicts a party of mixed character types in a backdrop of the Iosan forest. Behind them, misty trees are overgrowing the pale ruins of Iosan architecture, including a damaged (possibly defaced) statue of the goddess Scyrah. The characters are:

The characters are facing an offscreen threat that is just moving into view. Possibly the outstretched arms of a pair of Riven, to get some interesting glowy effects.

The mood should be misty, mysterious, a shot of the characters about to throw down with a monster in the woods.

With that description in hand, Carlos provided the following sketches. 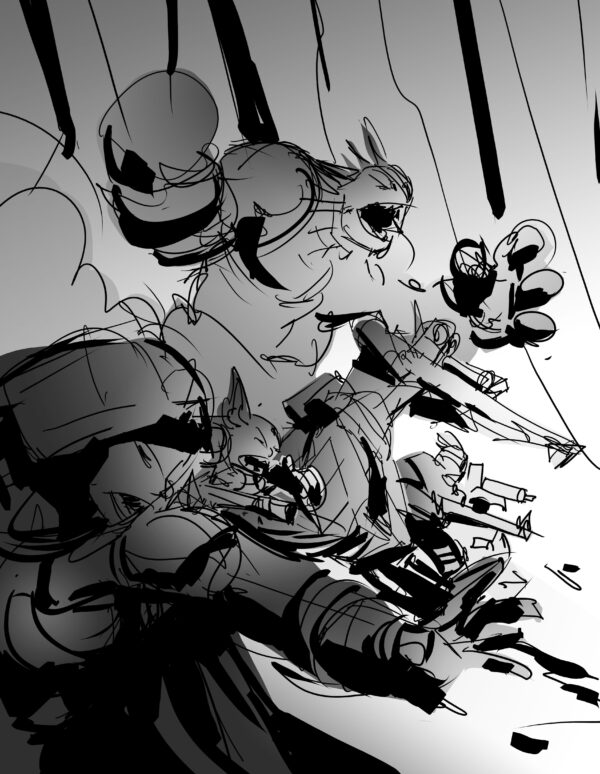 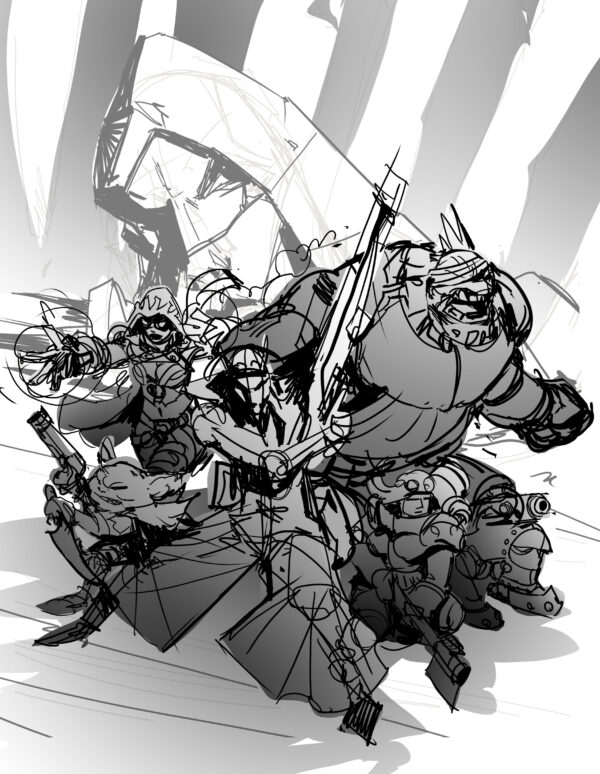 The second sketch was approved to move forward, and Carlos got down to business. He needed very little feedback, so from this point on, the cover progressed to a final in the following approval stages. 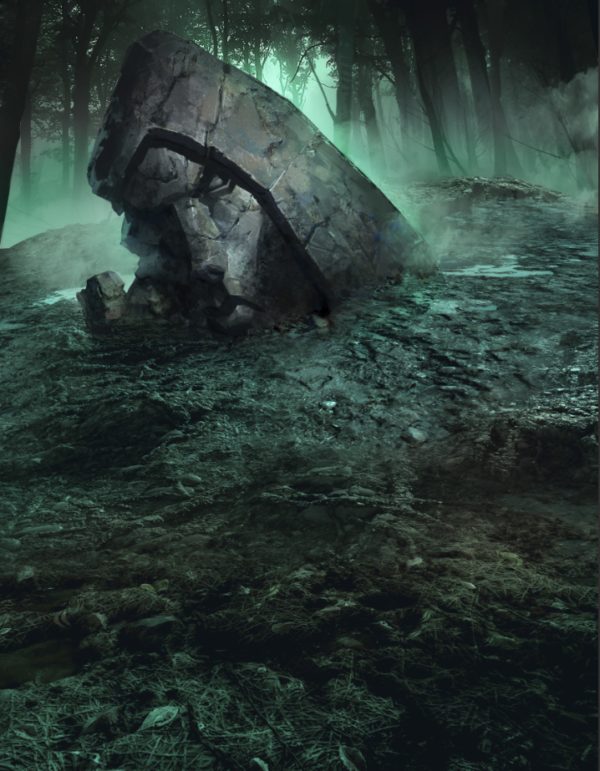 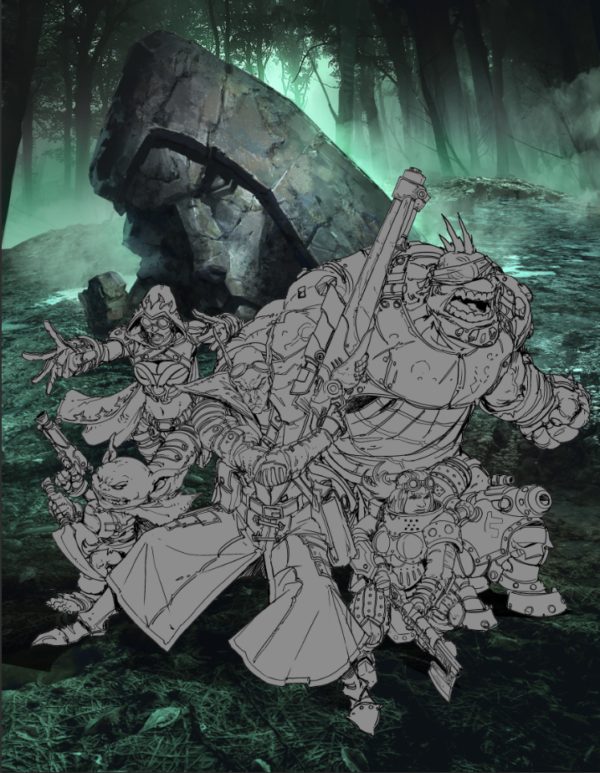 The line art for the characters 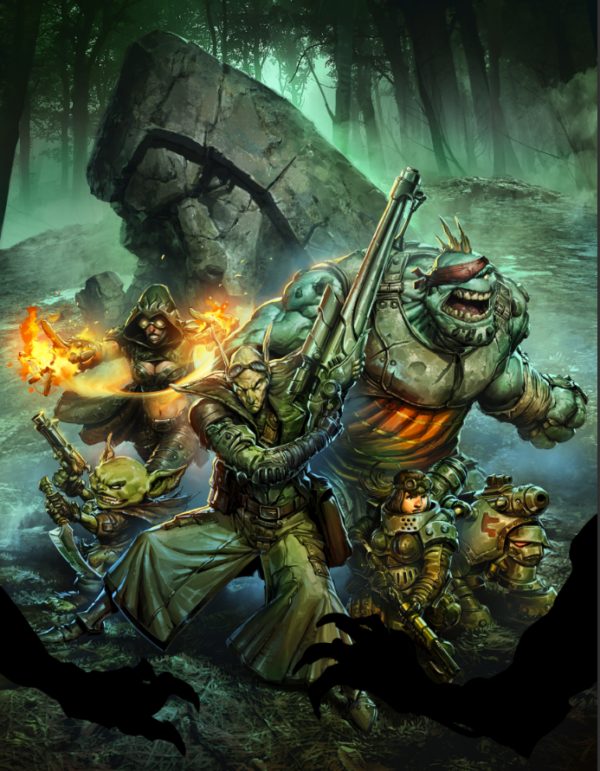 Close to final image with the core characters and background finished 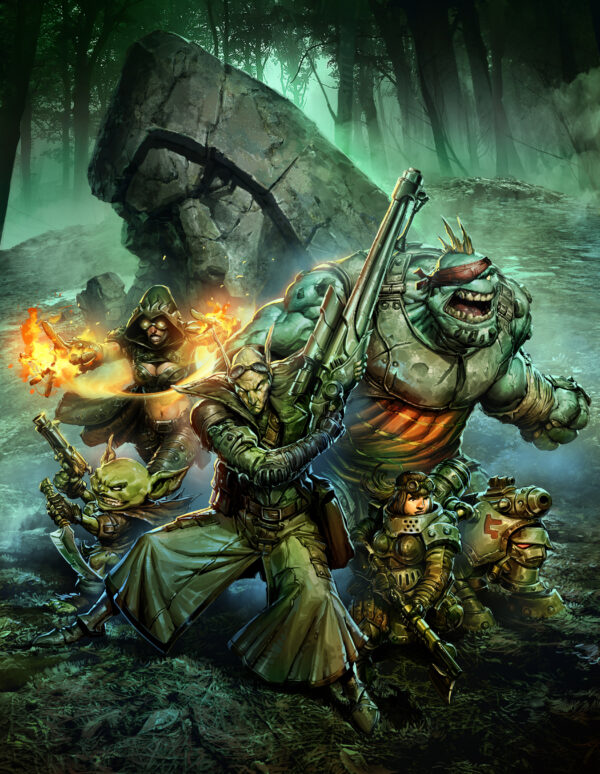 In the final iteration, the foreground eldritch hands were removed to keep the frame open and have the characters be the central focus. With that, we had a final illustration for the book! I think that Carlos did a fantastic job, and I hope you all dig it!

The other covers you’ll be seeing soon in the upcoming Kickstarter are for the Survival Guide and the Ios-centric adventure, Shadow of the Seeker, both of which I’m equally excited to show to you as well. I hope you’ve enjoyed this peek behind the curtain into how this cover illustration came to life, and I can’t wait for you all to experience the new RPG content that you can use to further explore the setting in the post-Oblivion world of the Iron Kingdoms!