S7 Games is thrilled to announce that the Conan: Savage Legends Kickstarter, launching July 16th, will include three high quality sculpts of Arnold Schwarzenegger in his iconic role as Conan in the 1982 and 1984 films! These officially licensed sculpts are all highly detailed, 32mm miniatures that should be part of any Conan fan’s collection! 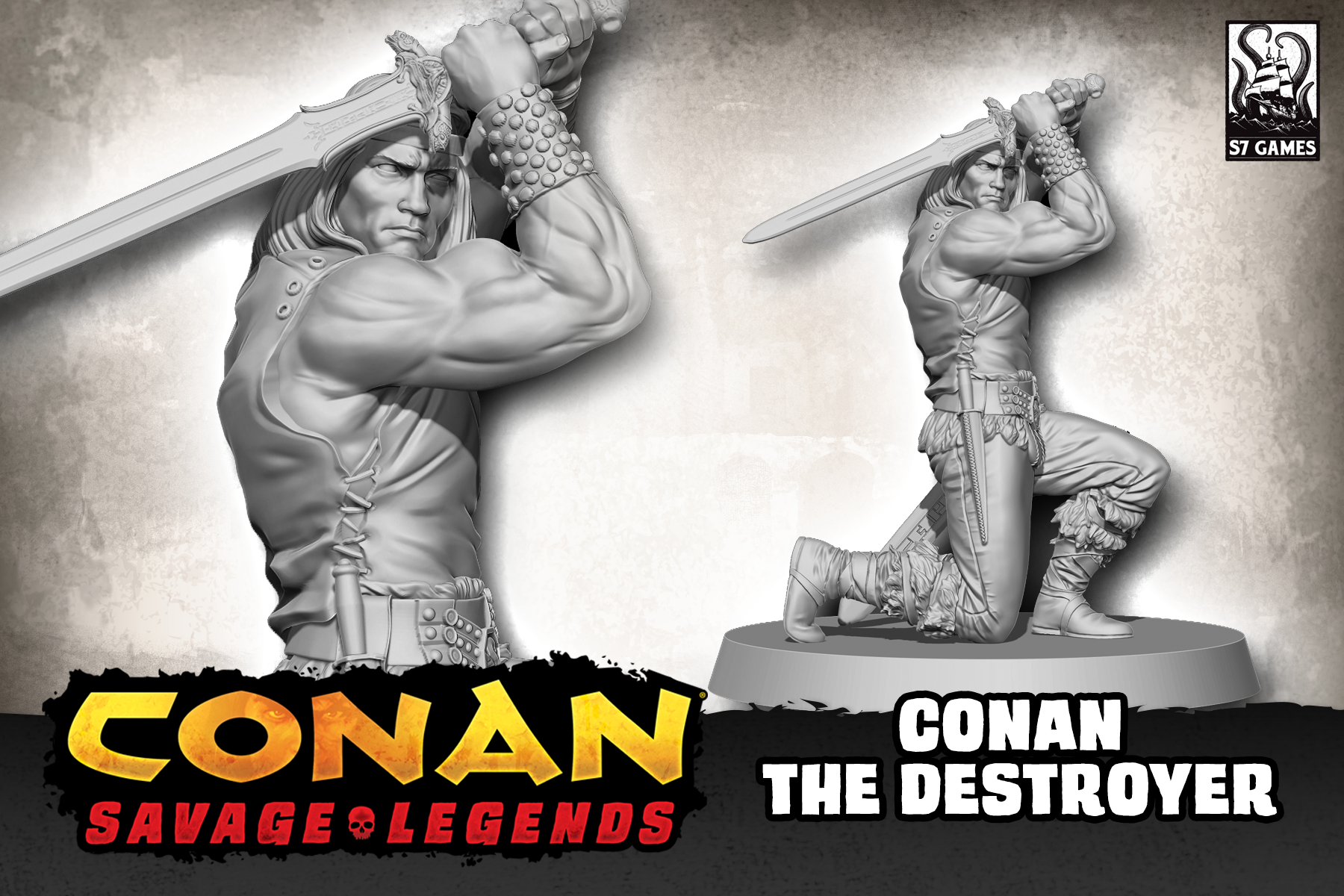 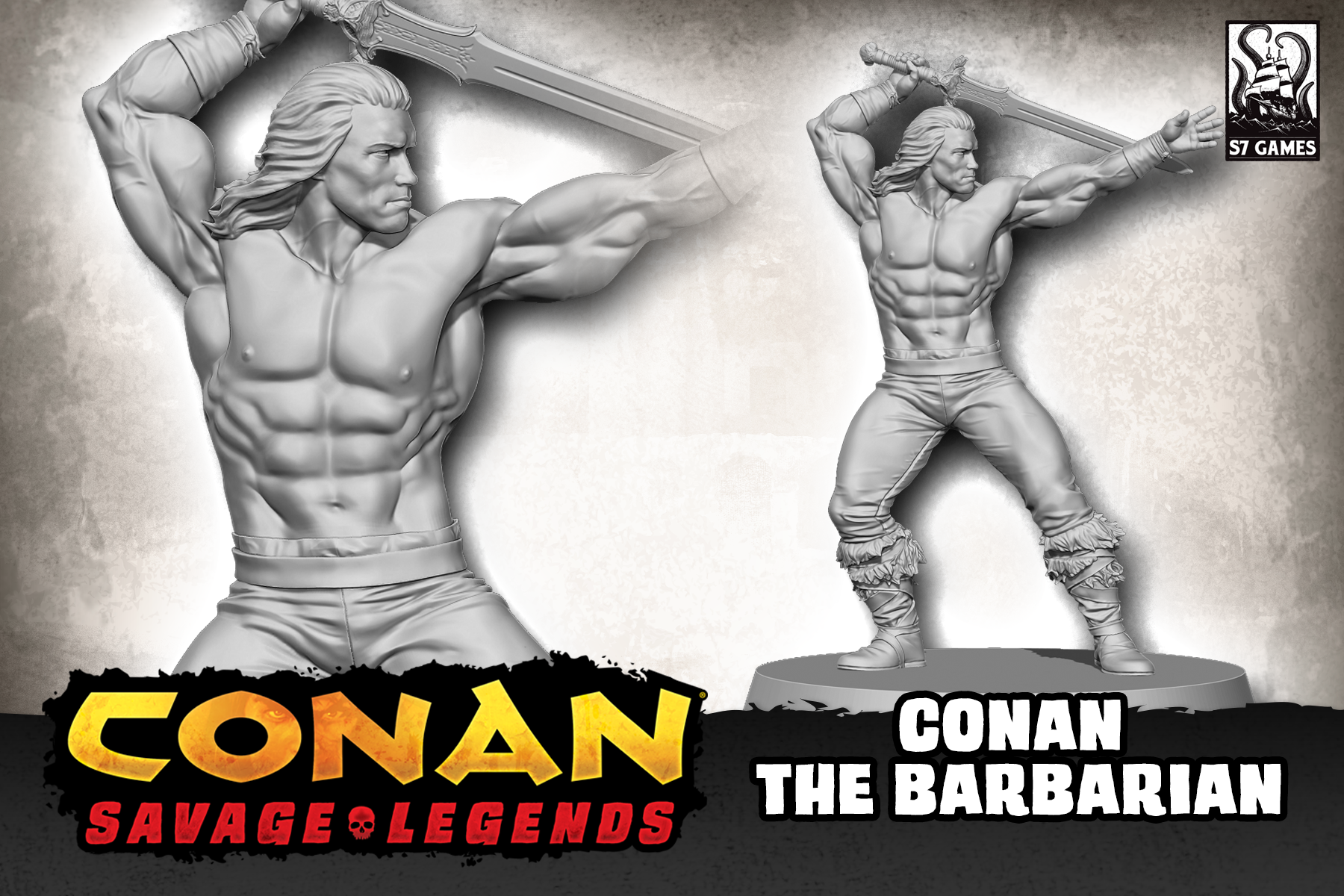 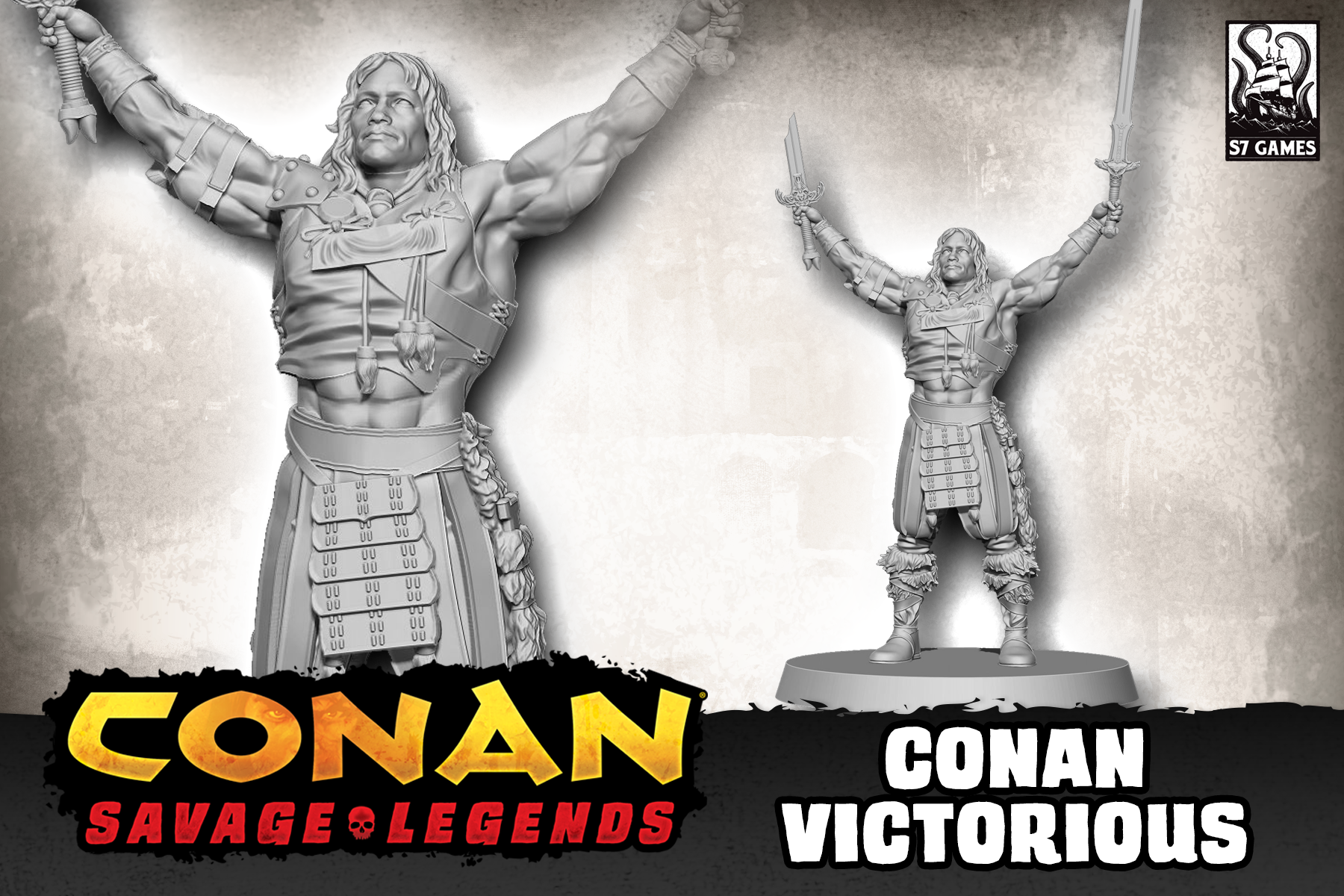 For those of you who don’t know, in Conan: Savage Legends, you take control of a Legend in Robert E. Howard’s Hyborian Age as you seek to destroy your enemies in a fast-paced fight to the death. In this 2-4 player arena-style combat miniatures game, you will use powerful relics and plundered riches to engage your foes in glorious combat. Destroy your opponents with sheer might or cunning tactics and prove to your foes why you deserve the title of “Savage Legend.” Learn more about Conan: Savage Legends here.