Just a few days have passed since we wrapped up Warfaire Weekend, which was a fantastic show with plenty of good times and friends to match.  A huge thank you to everyone who made the trip to St. Louis to get in on the festivities and to run all the local restaurants out of food! We all played tons of games of WARMACHINE, Warcaster, and Riot Quest, and even the first Dusk preview battle boxes made it out into the wild with those players lucky enough to pick one up from the Privateer Booth during the show. I’m very excited to see how people start painting those models and to finally put some paint on my own. Normally, with a new box of toys, I can hardly contain myself and want to start painting them immediately—but that Insider will need to wait a bit while I gather a few missing materials to get the look I want. Instead, I thought it would be fun to take a moment and look back at the painting articles from this year, as I served out my first year back in service before the mast with the rest of the Privateer crew.

My first year back at Privateer began in October of 2021. I was particularly excited to play Riot Quest, as I had just picked up the models in September and played my first game just the month before.  If you haven’t played yet, Riot Quest is a fast-moving, highly unpredictable skirmish board game for up to four players using hobby miniatures.  I highly recommend taking some time to check out the super fun game and its awesome miniatures.  For me, it is a casual alternate action smashfest that quickly took over as the preferred choice for the game nights at my place. Even a year later, my crew prefers to grab a map and bash it out instead of playing other board games. To get my miniatures painted up to speed, I thought it would be fun to share an alternate paint scheme or two as I went along painting them. I had no expectations to do a regular Insider on painting, but I ended up doing sixteen of them on Riot Quest alone! 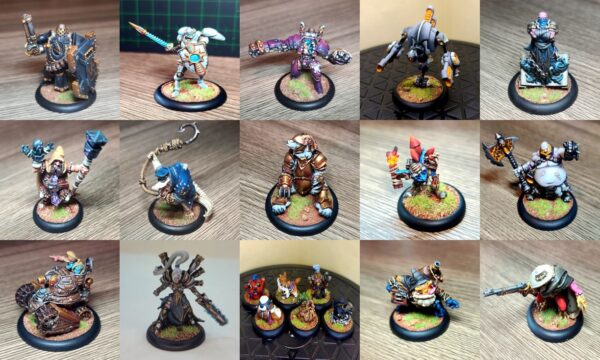 I thought I would do one or two articles maybe here and there, but after just a few articles, I received enough positive feedback from those folks reading them that I just kept going. While I’m still quite a few models away from completing my fully painted collection of all the available Riot Quest models, I did manage to knock out those sixteen painted models and the insiders that went with them. Then…well, I got a bit distracted as we made the big announcement of MKIV.  For those still waiting to see how I paint up the rest of everyone’s favorite Riot Quest models, fear not—I’ll be returning to those throughout 2023 until all of the models I have are completely painted.  At the moment, however, my attention is focused completely on MKIV.

Once the cat was out of the bag, all I wanted to do was paint and show off the new MKIV stuff.  I was very excited—everything looks so cool and wanted to paint the new models badly enough that I volunteered to paint our convention demo models.  You can see how those turned out here: 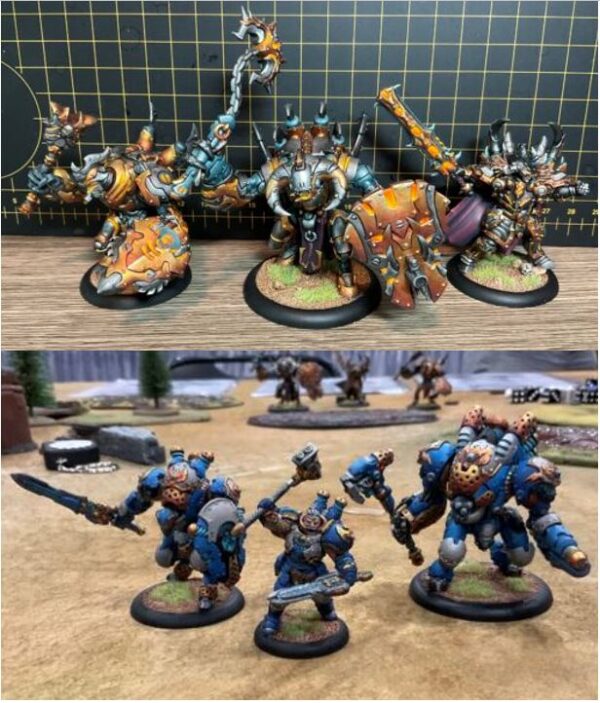 There were so many new shiny and new models coming in for Storm Legion, Winter Korps, and the Orgoth Sea Raiders that when I looked over at the pile of silver unpainted models, I felt like I was denying my existing models that longed to be painted.  After misreading a few emails regarding the release schedule for Legacy Prime Armies, I came to the mistaken conclusion that Privateers were in wave one, so I jumped fully into painting mine ahead of schedule. 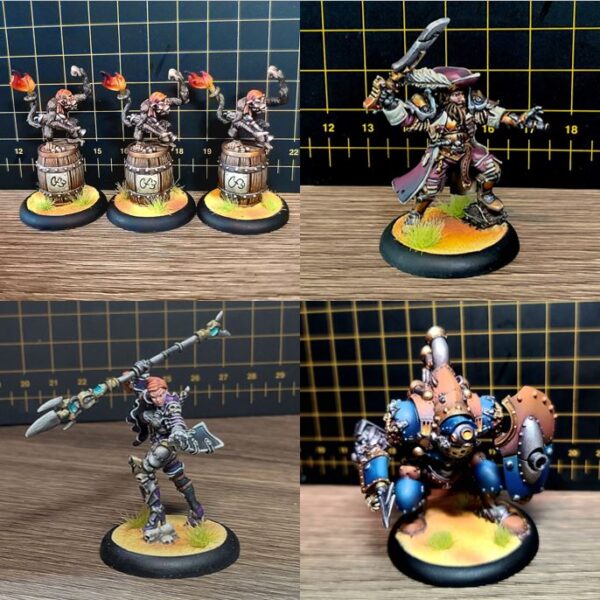 While I still have quite a few unreleased painting articles for pirates, I ran into an issue. Just six days before Warfaire Weekend, I realized that I had made that terrible mistake of misjudging the schedule: I didn’t have the finalized rules for the models I wanted to play, and they wouldn’t be in the new MKIV app yet, so I had to make a drastic call. I needed an army to play for Warfaire Weekend, and I was out of time! (So, I’ll have to get back to releasing those additional privateer insiders as we get closer to releasing the Talion Charter into the Prime Legacy Armies on the WARMACHINE app.) I realized that I had a lot of the Blindwater Congregation laying around and could try to clean, assemble, and speed-paint up 50 points of Gators in just under six days!  As a person not traditionally known for speed-painting—I’m actually known for the opposite—it was going to be a challenge but also a great way to cap off the year of painting.  I played around with the app until I found that magical 50 points and decided I could paint with the restriction of only allowing myself one hour maximum per model.

It was challenging to say the least. 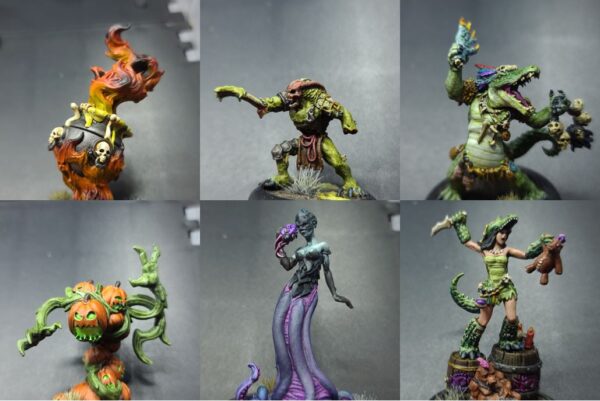 For my next Insider—and my first look into painting for Year 2—join me as I tackle speed-painting and some helpful tips for newer painters.  I’m excited to share how they turned out and some of the tricks that saved me so much time.

What, then, do December 2022 and the rest of 2023 look like?  There is so much going on at HQ:  new MKIV warlocks and warbeasts coming to Gen Con, the full launch of MKIV as the beta wraps up, notably cool MiniCrates, and so much more!  2023 is going to have my desk and painting queue completely full.  Keep an eye out for more Riot Quest models, pirates, new MKIV, and the list goes on.  Additionally, if there is something you want to see pained or have an idea about a scheme, let me know.  Feel free to send me your thoughts at [email protected]

Thank you for checking out all of the articles over the past year and for all of the feedback.  I’m looking forward to continuing to paint up some cool stuff and show you all how I did it.  Until next time!

The post A Year In Reflection appeared first on Privateer Press.